Once again coming to us from the Hoonigan’s “This vs. That” video series, the video clocks in at a little over 15 minutes, and includes walkarounds and specs for both vehicles, plus plenty of heads-up drag racing action. 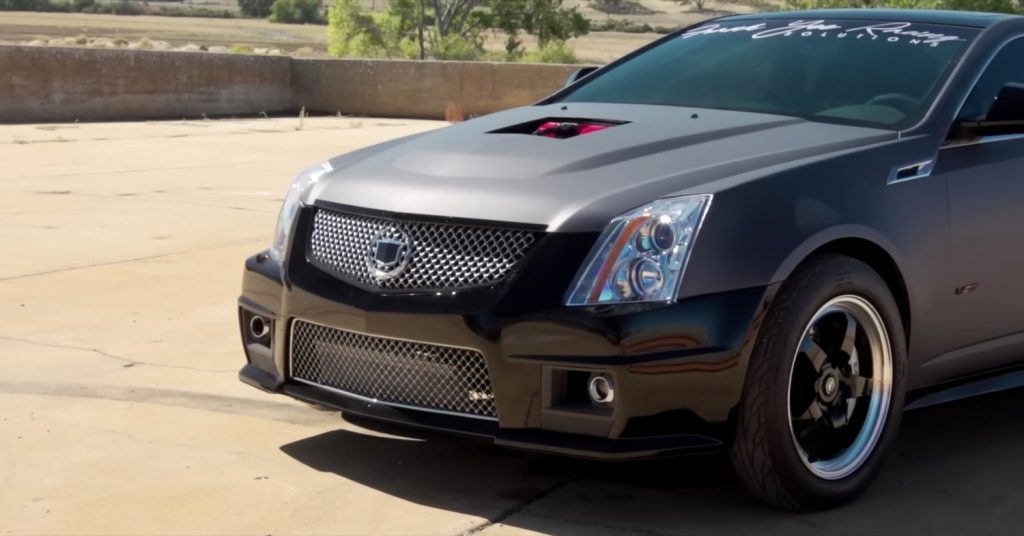 Let’s jump right into the specs, starting with that Caddy two-door. Hailing from the 2010 model year, this Cadillac CTS-V Coupe is now rocking a massive Kong 2650 supercharger plopped on top of a built LSA V8 engine. The engine has new heads as well, while displacement is now rated at 416 cubic inches, or a little over 6.8 liters, which is a bit more than the factory displacement rating of 6.2 liters. Output is set at 1,000 horsepower at the rear wheels, all of which is directed to a set of Hoosier slicks via the factory stock six-speed automatic transmission. Funny enough, this CTS-V still has plenty of daily comfort features, including climate control and a car alarm. 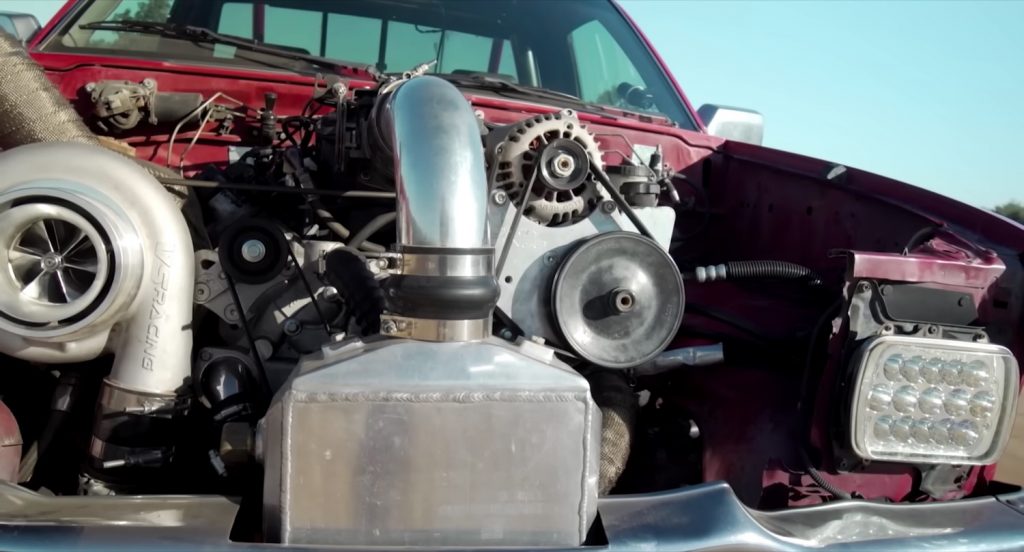 Pretty nice, but will it have what it takes to take down the competition? In the other lane, we find a 1995 Nissan Hardbody pickup with a turbocharged 5.3L LS V8 up front. The owner says the V8 has a stock bottom end, a cheap camshaft, and PAC 1219 valve springs, which is relatively stock for an application like this. However, thanks to a missing front fascia and no hood, we can get a look at the mammoth turbo, which helps to boost output up to 1,000 horsepower. A TH400 transmission sends it all to the rear, where a scrap-built weight mounting plate helps to put the power to the pavement.

So then – we have a supercharged Caddy running against a home-brew LS Nissan pickup. Which of these machines will win? Hit play to find out.

For those who may not know, we should also mention that Ken Block tragically passed away in a snowmobile accident earlier this year. While Block’s death is undoubtedly a major blow to the car community, and devastating for the folks that knew him, it’s awesome to see the Hoonigan crew still posting content. Hang tough, Hoonigan crew.