The refreshed 2024 Buick Encore GX was just spotted completely undisguised, giving us a clear look at the crossover’s redesigned exterior out in the real world.

Before we dive into the new exterior styling, it’s worth briefly recapping the news thus far. Back in October, GM Authority was the first to report that the refreshed 2024 Buick Encore GX would bear a similar front-end treatment as the Buick Envista, while later, we were also the first to report that the 2024 Encore GX would offer a new range-topping Avenir trim level. 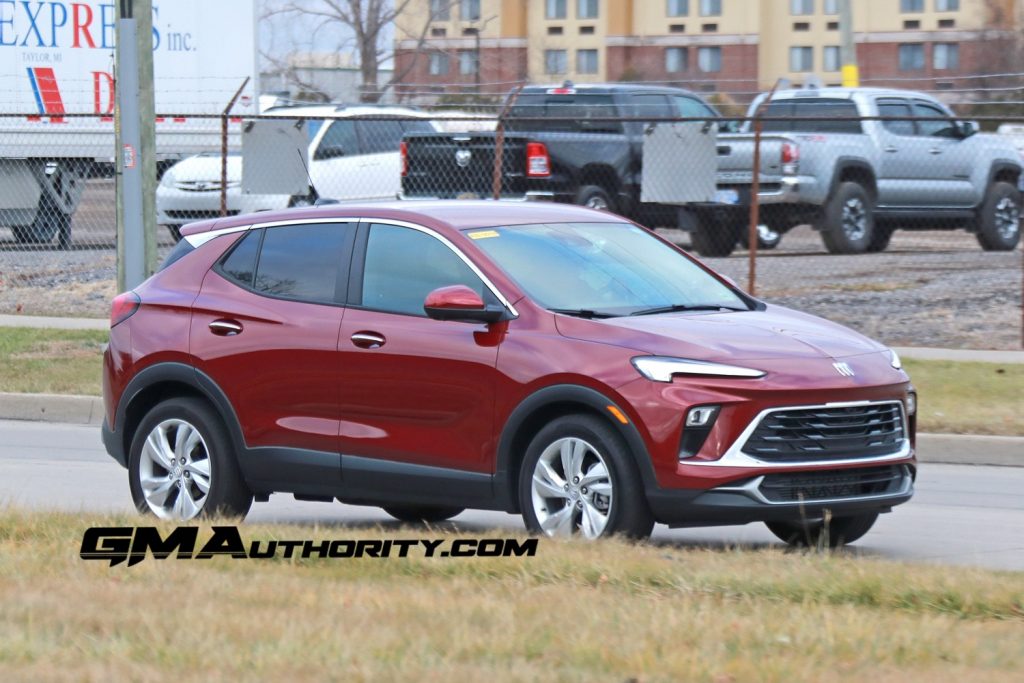 In November, GM Authority exclusively spied the refreshed 2024 Buick Encore GX out and about undergoing testing, however, that particular prototype was covered in some heavy camo, preventing us from getting a clear view of the new look. Not much later, however, the crossover leaked in China.

Now, we have new images of the refreshed crossover to pick through, giving us a clear look at the upcoming Encore GX completely undisguised on U.S. roads. 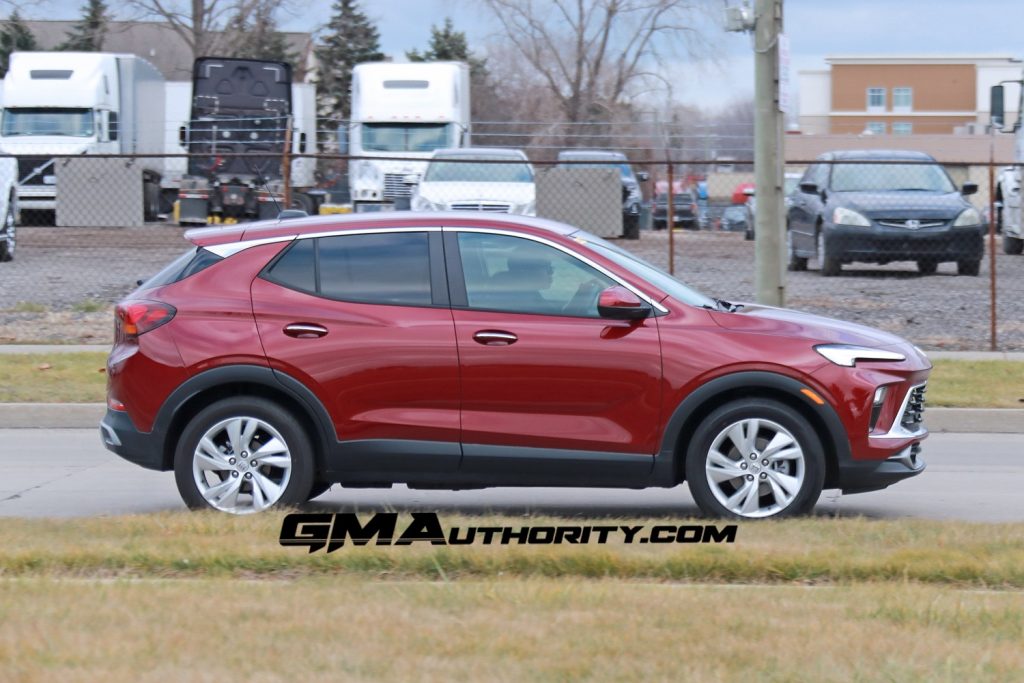 As we can see, the refreshed 2024 Buick Encore GX does indeed incorporate front end styling similar the Buick Envista, giving the new crossover a modern, handsome new face. The front end is characterized by a two-tier lighting setup with L-shaped upper lighting signatures, as well as square lower lighting providing the primary forward-facing illumination. The wide, horizontal grille is separated into a larger upper section and slimmer lower section, while the new Buick Tri-Shield badge is placed front and center between the upper lighting signatures. 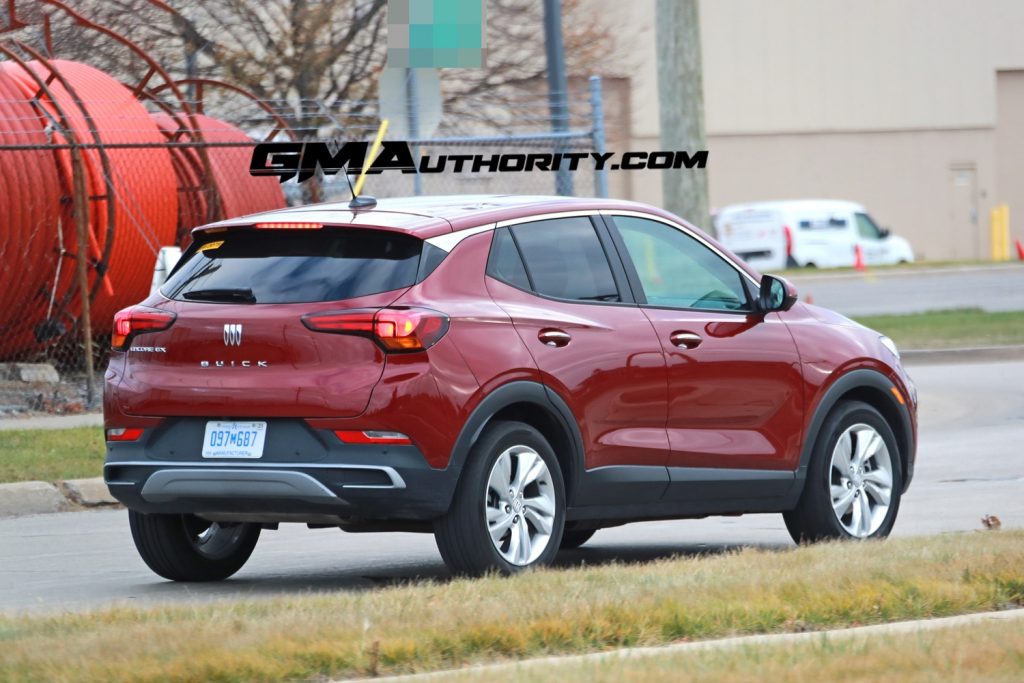 While the profile remains identical to the current model (perhaps outside of a new wheel design or two), the rear of the 2024 Buick Encore GX incorporates some obvious updates, including the new Buick logo and new Buick lettering applied to the hatch. Meanwhile, the taillights appear unchanged. 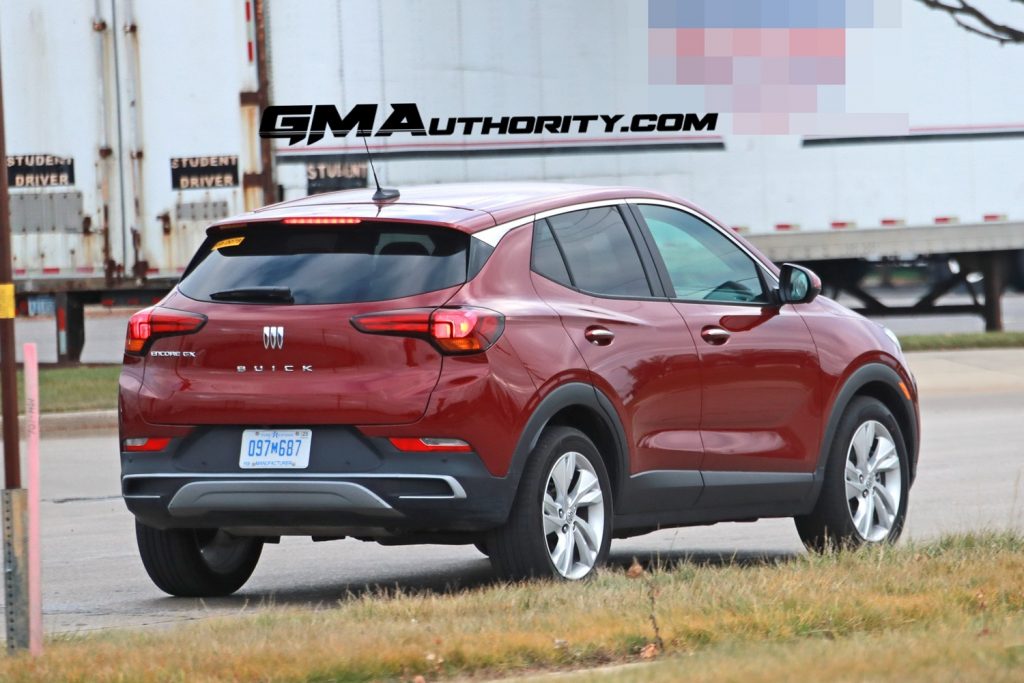 Expect the refreshed 2024 Buick Encore GX to begin production in March 2023, as GM Authority was first to report earlier this week. Beyond the exterior updates seen here, the 2024 Encore GX will also feature some noteworthy updates to the cabin. More on that, in just a smidge… in the meantime, be sure to subscribe to GM Authority for more Buick Encore GX news, Buick news, and around-the-clock GM news coverage.