Jay Leno is back, and this time, he’s climbing behind the wheel of a rare 1991 Oldsmobile Cutlass Calais Quad 442 W-41 in the following episode of Jay Leno’s Garage.

If you’ve never heard of the Oldsmobile Cutlass Calais Quad 442 W-41, you’re not alone. Offered for a very limited time as a high-performance model to meet SCCA homologation, only a few hundred examples were produced, and now, we’re checking out the backstory behind this little two-door, as well as what it’s like to drive on the street. 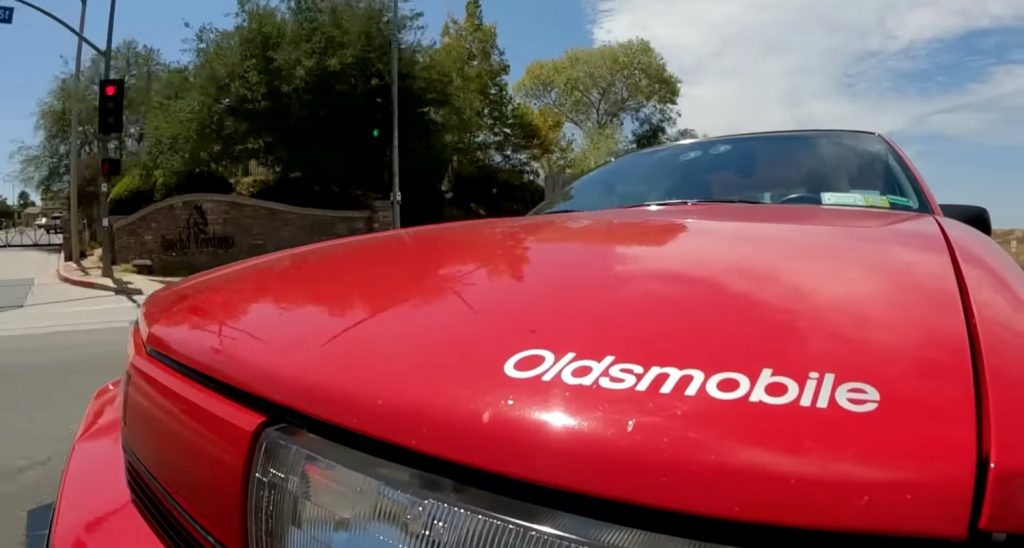 Providing the info is Jeff Szafraniec, who just so happens to own the 1991 Oldsmobile Cutlass Calais Quad 442 W-41 featured in this video. The story starts with the GM Aerotech project, which necessitated the creation of a series of GM Experimental engines in the mid-‘80s. One of those engines, a twin-turbo 2.0L unit making 1,170 horsepower, helped to power the Aerotech to a closed-course land speed record of 268 mph with A.J. Foyt at the wheel.

With this new, impressive engine technology in hand, GM approached Paul and Karl Hacker, two brothers from New York who competed in SCCA racing, with a proposal to put the brothers on track in Oldsmobiles. The combo was a success – so much so, in fact, the SCCA forced GM to offer similar engine tech in a street car for homologation purposes, leading to the creation of the 1991 Oldsmobile Cutlass Calais Quad 442 W-41.

A total of 200 examples were produced, 15 of which received the unique RPO code C41 for racing purposes, stripping out the air conditioning and adding in an oil cooler. Although the top W-41 package upped peak output to 190 horsepower, which was considered a lot for the time, the vehicle was relatively unknown, with many examples simply sitting on lots.

“Not that they were a tough sale, because nobody knew about them,” Szafraniec explains. “You’d go and you’d see the automatic model and it was $2,000 less because it wasn’t a performance package, you’re probably buying that.”

Check out the full feature, as well as driving impressions on the street, by hitting play right here: