Chasing perfection in the world of custom automobiles can lead to some truly stunning machinery, mixing engineering and artistry in equal proportions. Such is the case with the mind-blowing ’35 Chevy hot rod featured in the following video.

Once again coming to us from AutotopiaLA, this ’35 Chevy was built by Rodger Lee and the crew at Ironworks Speed and Kustom out of Bakersfield, California. With over 10,000 build hours and more than $1 million invested, this hot rod is stunning, and it isn’t even done yet. Rather, Lee wanted folks to see what a custom car should look like before it hits the paint booth.

“Our plan is to unveil it at the Grand National Roadster Show in 2024,” Lee says. “We have a few tweaks and things we’re still working on to get it dialed in, but I wanted to be able to show people what five years of some journeyman-level work should and could look like with the right execution.”

Obviously, the body of this ’35 Chevy is fully customized, with the Ironworks crew doing plenty of chopping, lengthening, and sectioning to get it into the shape it is now. To help along the way, the shop used a variety of modern techniques and tech, such as computer-aided design software like SolidWorks, as well as 3D printers. 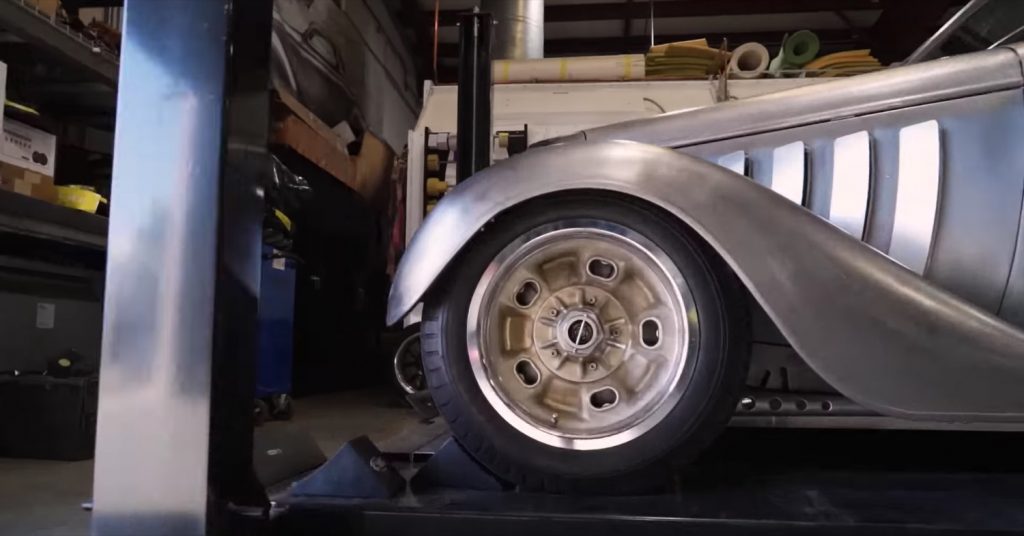 The exterior of this Chevy is dripping with cool details, like the louvers in the front fenders, which open with a series of small doors connected through hidden linkage. The wheels are recast reproduction units, sized at 16 inches by 5 inches in front and 18 inches by 7 inches in the rear, giving it a traditional look and stance, which is complemented by drum brake housings that hide the discs underneath. 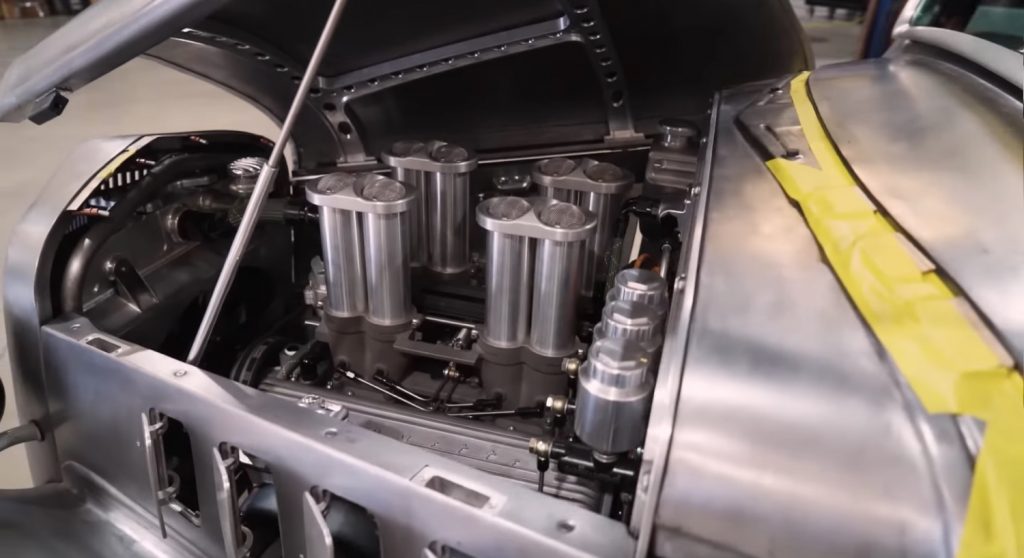 Motivation is sourced from a Small Block Chevy V8, which connects to the Tremec TKX five-speed manual transmission. The cabin is equally customized, from the pedals, to the dash, to the gauge cluster. The unpainted metal, rivets, and chopped-down dimensions give the interior an aircraft cockpit vibe, which is nicely in tune with the raw attitude.

Check out the full build, as well as what it’s like on the street, right here: