The C8 Corvette Stingray and C8 Corvette Z06 have garnered attention and praise across the world for their healthy combination of relative-affordability, performance, and curb appeal. However, it’s important to recognize that the C8 wouldn’t exist if not for the workers at the GM Bowling Green plant in Kentucky. Previously, there was a dispute between GM and United Auto Workers (UAW) Local 2164 that threatened to close the plant, but now, an agreement has been found.

In an article by The Detroit News, GM and the UAW were in dispute over retaining temporary workers at the assembly plant. It was feared that in laying off these employees, the Bowling Green plant would be forced to cancel the second shift, thus reducing factory output. Fortunately, after hours of discussion, the issue was resolved.

“We have been bargaining in good faith and are pleased to share that we have come to an agreement with the local union to keep ALL temporary employees,” said a GM alert sent Friday to employees.

For those looking to get their hands on a new C8, the avoidance this potential strike should come as good news. 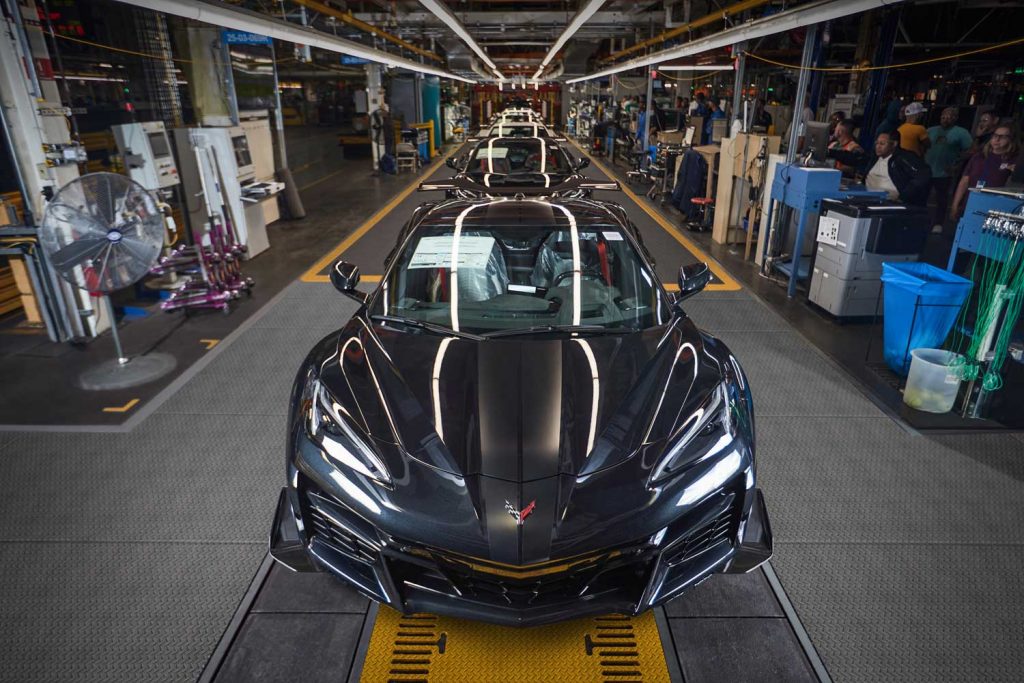 As a reminder, the GM Bowling Green plant in Kentucky is the exclusive producer of the Chevy Corvette since it opened in 1981. Production and supply of both the C8 Stingray and C8 Z06 has been heavily constrained, and will remain that way for the foreseeable future.

Additionally, supplies of the Vette has been sitting at an extremely low level. As GM Authority reported in August 2022, the 2023 Corvette Stingray was running at a five-day dealer supply. Setbacks have included microchip shortages, labor shortages, and supply chain difficulties.