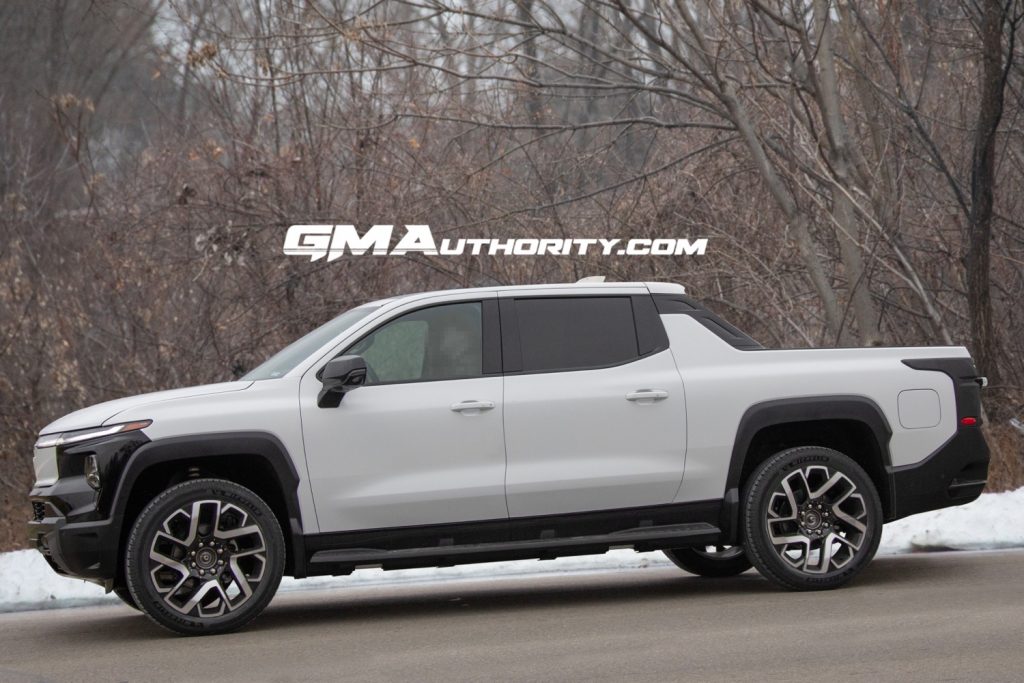 Positioned as the range-topping model of the Silverado EV for the 2023 calendar year, this RST – short for Rally Sport Truck – looks to be in nearly production-ready form. Right away, we notice the silver paint, which provides a tasteful contrast with the black accents found throughout the exterior, along with the massive 24-inch wheels, which – as GM Authority reported previously – are the largest fitted to a production vehicle yet. 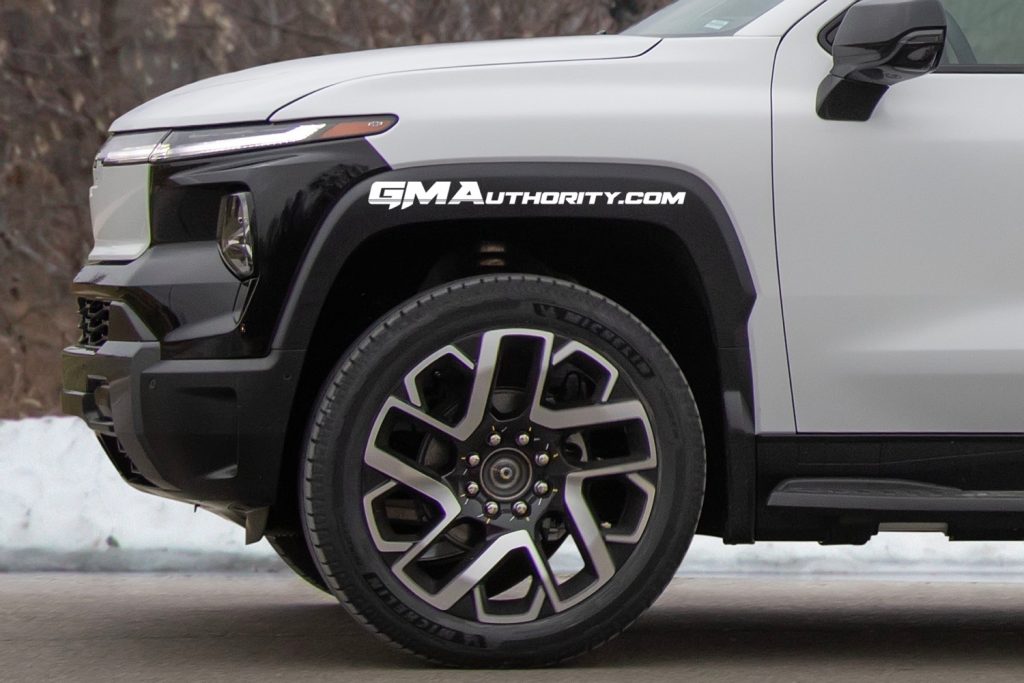 Up front, we see the coast-to-coast front LED running lights, which originate from a presently-missing Chevy Bow Tie. Also present and accounted for is the two-tiered front headlamp arrangement, which is seen on multiple models across the Chevy lineup, as well the body-colored trim panel between the headlight clusters. This trim panel is part of the frunk assembly, and also serves as a faux grille of sorts.

The rest of the front fascia is split into two parts. The first – painted black – surrounds the faux grille panel and headlamp clusters. The second is positioned below the first, at the lower end of the front fascia, and appears to have a matte black finish instead. We believe that the first section will be finished in the truck’s body color on the production model, and GM simply decided to forego painting it for this prototype. 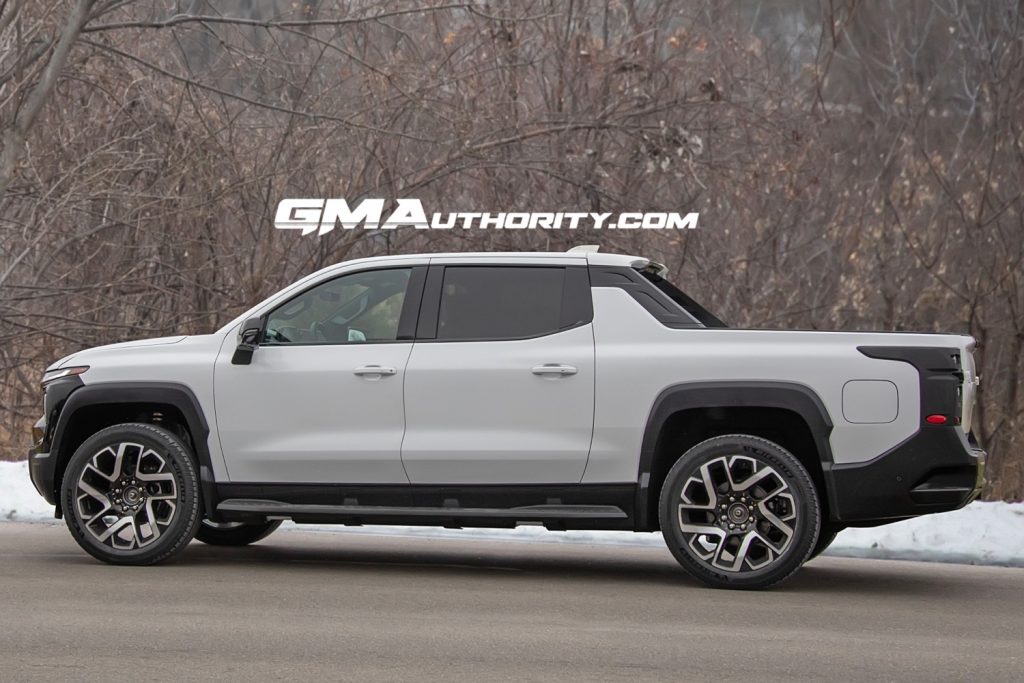 Moving around to the side, we get a better look at those humongous 24-inch rollers, which are similar but not the same as the ones on the show truck. We also see a set of body-colored door handles, along with mirror caps seemingly finished in piano black. A fixed running board can be seen spanning the Silverado EV’s wheelbase. Also note the body-colored shark fin antenna on the roof.

Out back, the prototype wears placeholder taillights set within the same housing as the show truck, complete with the forward-pointing horizontal spear. The rear bumper is unpainted, but features Chevy’s signature CornerStep rear bumper treatment, albeit modified for the Silverado EV. Interestingly, this particular unit is equipped with the Multi-Flex tailgate, representing the first sighting of a Silverado EV with this feature. In fact, it appears as though it was lifted straight from the recently-announced GMC Sierra EV. Additionally, we should note that this prototype is equipped with the tow hitch receiver just below the license plate. 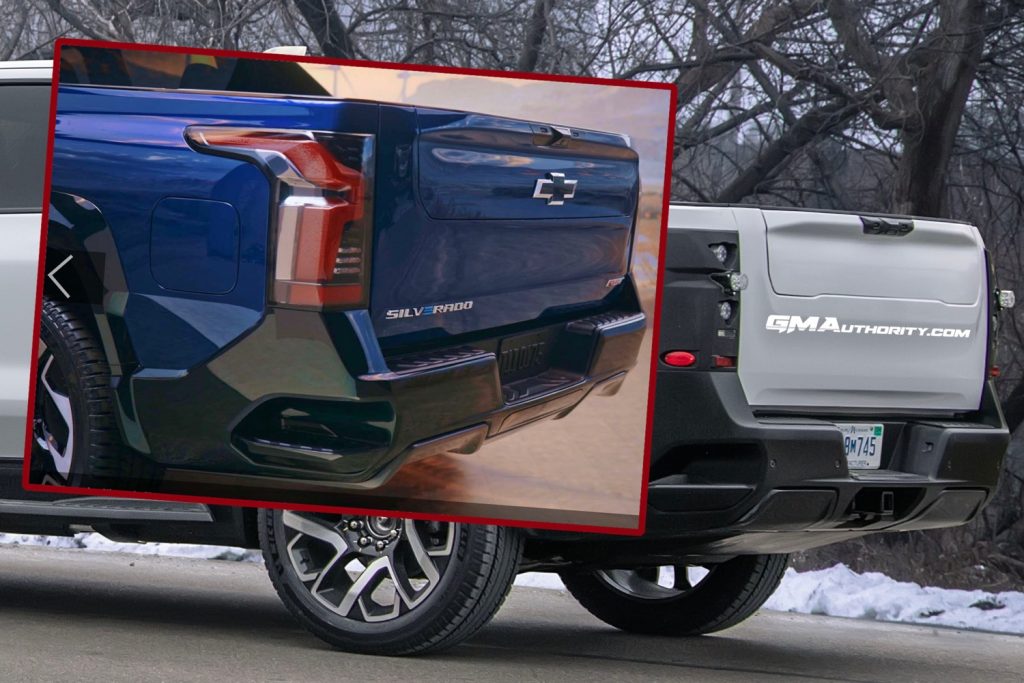 As a reminder, the 2024 Silverado EV will launch in two different trims – WT and RST. The WT will launch in Spring 2023, with the RST following later in Fall 2023. The RST First Edition has several noteworthy features over the base WT, including: 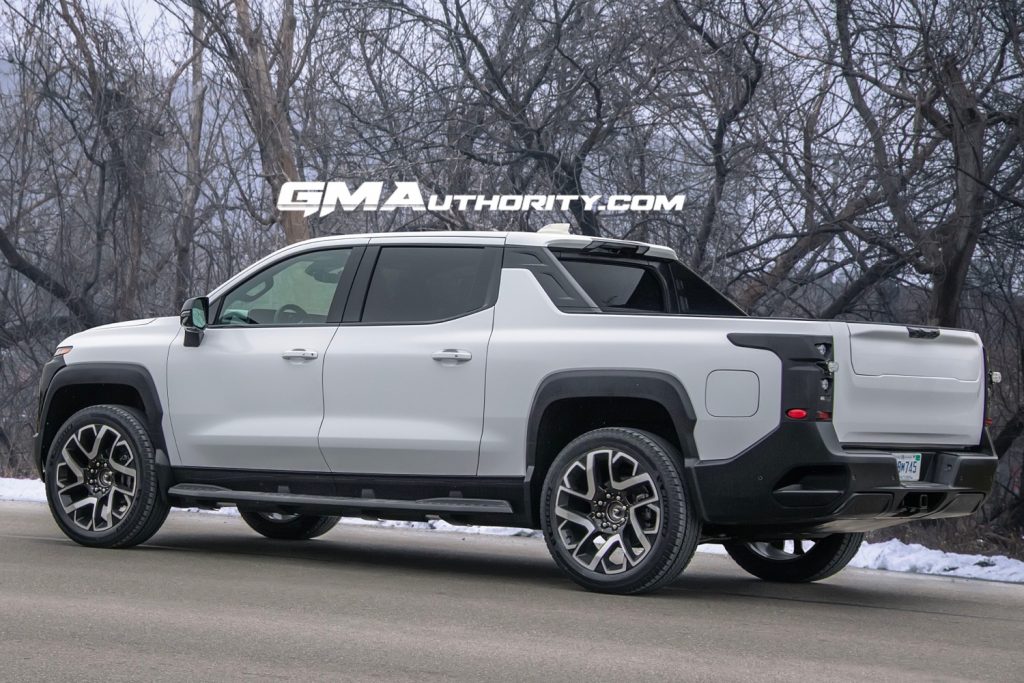 In regards to powertrain, output is sourced from Ultium batteries and fed to Ultium Drive motors. Powering a dual-motor drivetrain, the Silverado RST produces up to 754 horsepower and 785 pound-feet of torque in the available Wide Open Watts Mode, yielding a zero to 60 sprint in less than 4.5 seconds.

As for structure, the 2024 Silverado EV rides on a variant of the GM BT1 platform, which also underpins the GMC Sierra EV, as well as the GMC Hummer EV Pickup and GMC Hummer EV SUV.

Production will take place at the GM Factory Zero plant in Michigan (née GM Detroit-Hamtramck plant) and eventually at the GM Lake Orion plant. Pricing for the Silverado EV RST will start at $105,000, plus destination freight charge (DFC).