GM is developing a variety of new propulsion technology, including new hydrogen fuel cell tech. Now, GM Authority has exclusively learned that The General is currently working towards the development of new tech for use in GM medium-duty trucks that combines a hydrogen powertrain with a large electric battery pack. 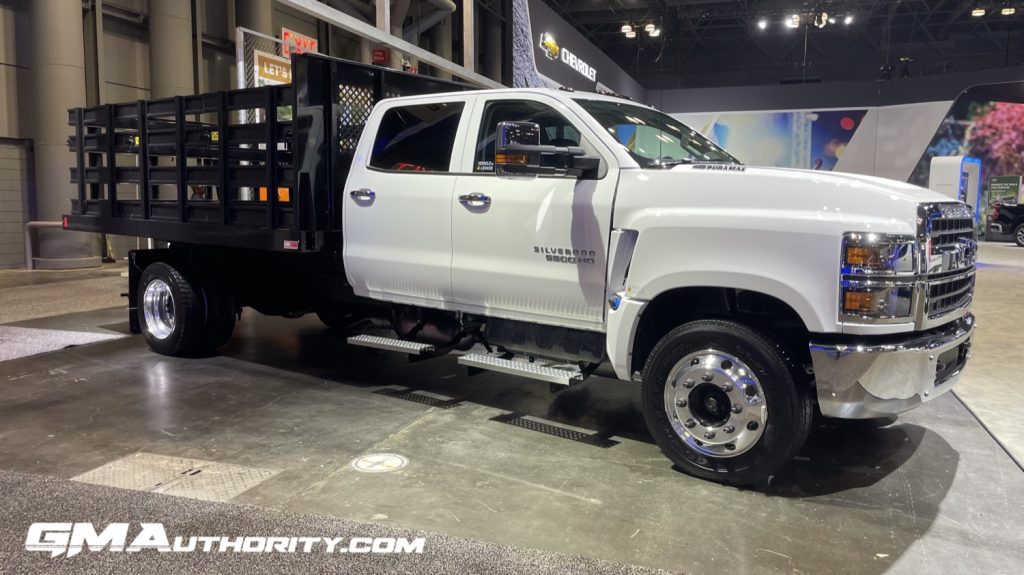 For those readers who may be unaware, hydrogen fuel cell vehicles use electricity to provide propulsion. However, rather than draw power exclusively from an external electricity source, hydrogen fuel cell vehicles leverage a chemical reaction between hydrogen and oxygen in which the two elements combine to generate an electrical current, as well as heat and water (H2O). This electricity is then used to power an onboard electric motor, which drives the vehicle. The end result is zero local carbon emissions, low noise levels, and high torque, as well as relatively quick refueling times compared to a pure BEV.

While GM has already developed hydrogen fuel cell technology, this new tech for future GM medium-duty trucks would also incorporate a large battery pack. The battery pack would have less capacity than an equivalent pack used to power a pure BEV, but would still have enough juice to act as the main power source for the electric motors.

In combination with a hydrogen fuel cell, this technology could potentially provide the best of both worlds, with either hydrogen fuel, electric power, or both acting as the vehicle power source. As speculation, the larger onboard battery could potentially be plugged in for more range when hydrogen fuel is unavailable, or it could be used as a power take-off unit, allowing the vehicle to power an external piece of equipment, such as a winch or air compressor.

For the moment, specific technical details on this future hydrogen-electric technology are not known. However, it’s expected that GM trucks equipped with the tech could hit the market by 2026.

Back in 2021, GM CEO Mary Barra confirmed that future GM medium-duty trucks would be equipped with GM hydrogen fuel cell technology. As reported previously, the new vehicles are not expected to launch until after the 2025 calendar year.