Say what you will about EV powertrains – at this point, there’s no denying that batteries and electric motors can combine for some truly striking performance potential. That much is obvious with the EV-powered Chevy C10 ripping it up in the following feature video.

Coming to us from the folks at Holley, this video captures the all-electric Chevy C10 in action at the recent 2022 High Voltage Experience show in California, where it was seen ripping up the pavement with smokey, reckless abandon. The shop behind the build is Salvage To Savage (S2S), which typically turns out LS-based ICE-machines with some kind of forced induction. However, in the name of trying something different, the shop opted to stuff this pickup with Tesla components, giving birth to the S2SLA Chevy C10. 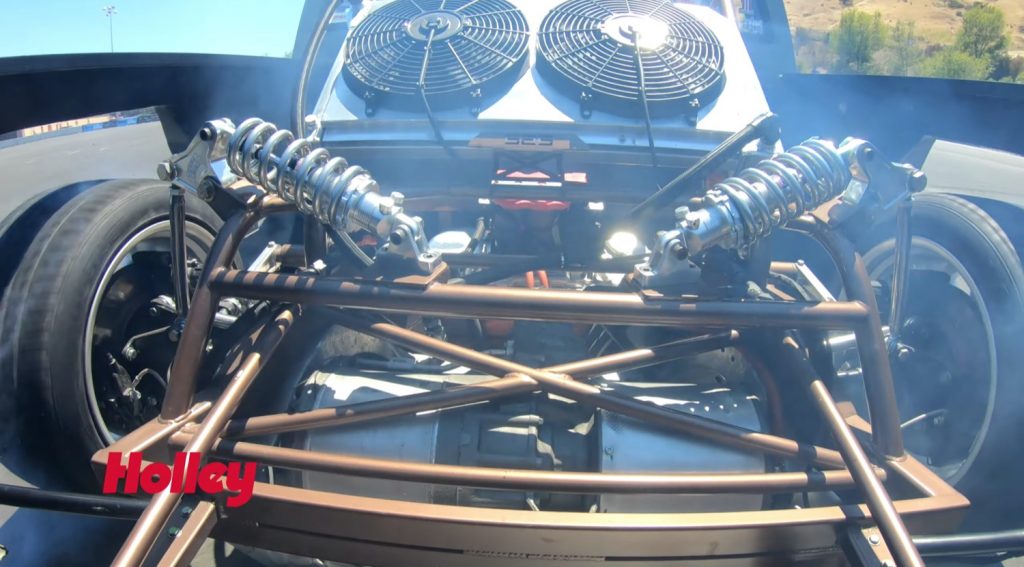 The spec is all-wheel drive, with a pair of Tesla large drive units onboard to power the front and rear axles simultaneously. The motors draw from a Tesla Model 3 battery pack mounted low in the chassis, while the shop went with Zero EV inverter boards to make it all work as expected. Notably, the build also incorporates a rather extensive cooling system, with a series of intercoolers and a radiator to keep the battery pack and drive motors at the right temps. 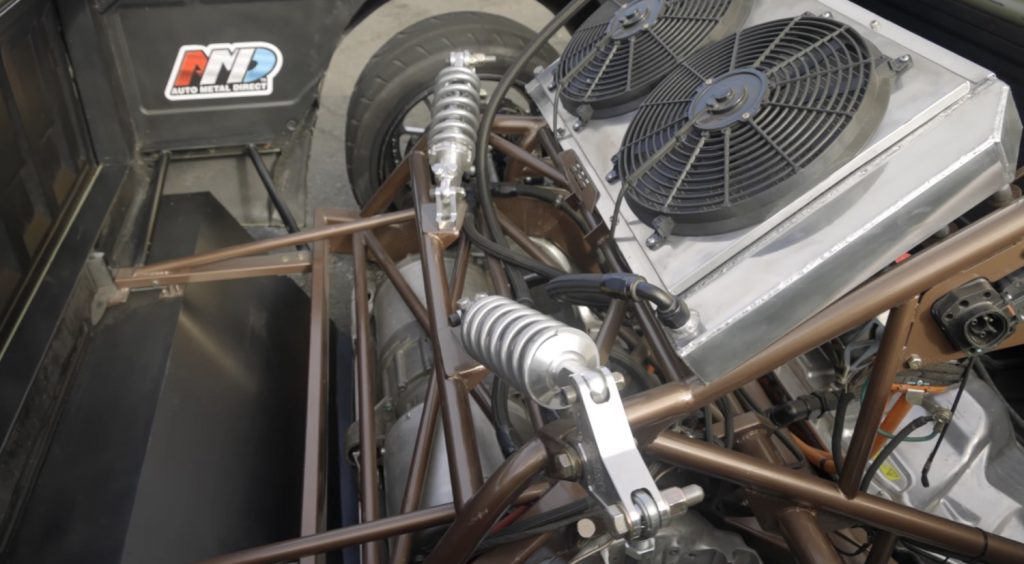 The new components are fitted to a full custom chassis, with the Chevy C10 body panels (or at least what remains of them) laid on top. The underpinnings also include a full Tesla subframe and suspension in the rear, while a Chevy Corvette C5 subframe is used up front. Wilwood brakes help to haul it down. 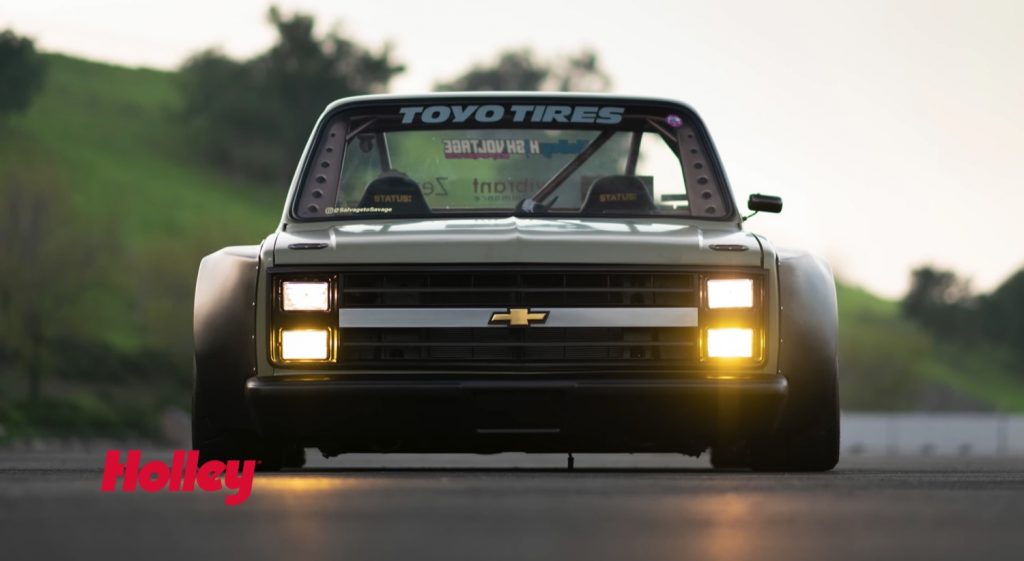 Indeed, this all-electric Chevy C10 looks insanely aggressive, sitting on the pavement with ultra-wide fenders, loads of rubber, and some choice aero components to boot. The wheels are deep-dish units from Finspeed finished in a dark bronze that nicely complements the wrapped body panels.

Of course, we’d love to see something similar using GM’s electric vehicle components in the future, but for now, check out what this all-electric Chevy C10 can do by hitting play: