A Cadillac Lyriq was recently spotted on the side of the road in Michigan getting loaded up onto a flatbed truck.

The all-electric crossover was seen pulled over onto the shoulder of the road, its hazard lights blinking. Covered in white paint with black trim, the Cadillac Lyriq was seen with what appears to be markings or strips of tape around the rear fender liner trim, while the front charge port was taped shut. The crossover also shows chrome trim for the front end and window surrounds, while in the back, we see Chinese lettering on the hatch, indicating that this particular model is likely a Chinese-spec vehicle. 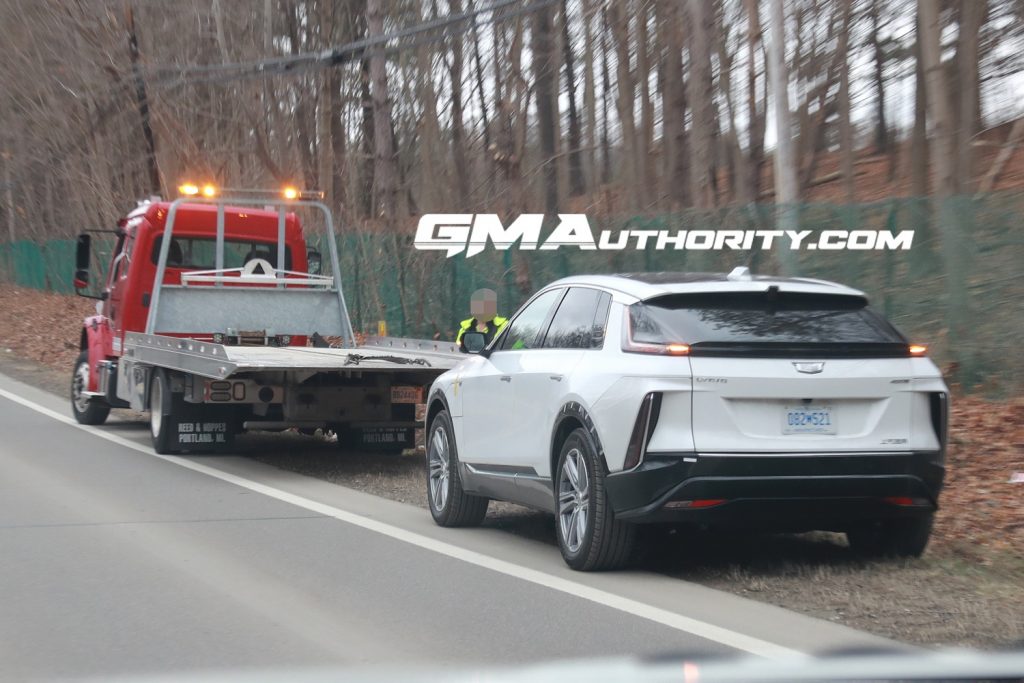 It’s unclear exactly what went wrong with this particular Cadillac Lyriq. It’s possible that nothing actually went wrong at all, and that the vehicle was being used for a maximum range test and it simply ran out of charge. Alternatively, there could be some technical issue with the vehicle as well. Either way, a flatbed tow truck arrived to load up the crossover and take it away.

As for the specs, this particular Cadillac Lyriq model, the rear-wheel-drive 450E, features a 102 kW, 12-module GM Ultium battery, which provides electrons to a GM Ultium Drive motor to motivate the rear wheels with 340 horsepower and 325 pound-feet of torque. Range-per-charge for the Lyriq in the U.S. is estimated at 312 miles with a fully charged battery pack, while under the body panels, the Lyriq rides on the GM BEV3 platform. 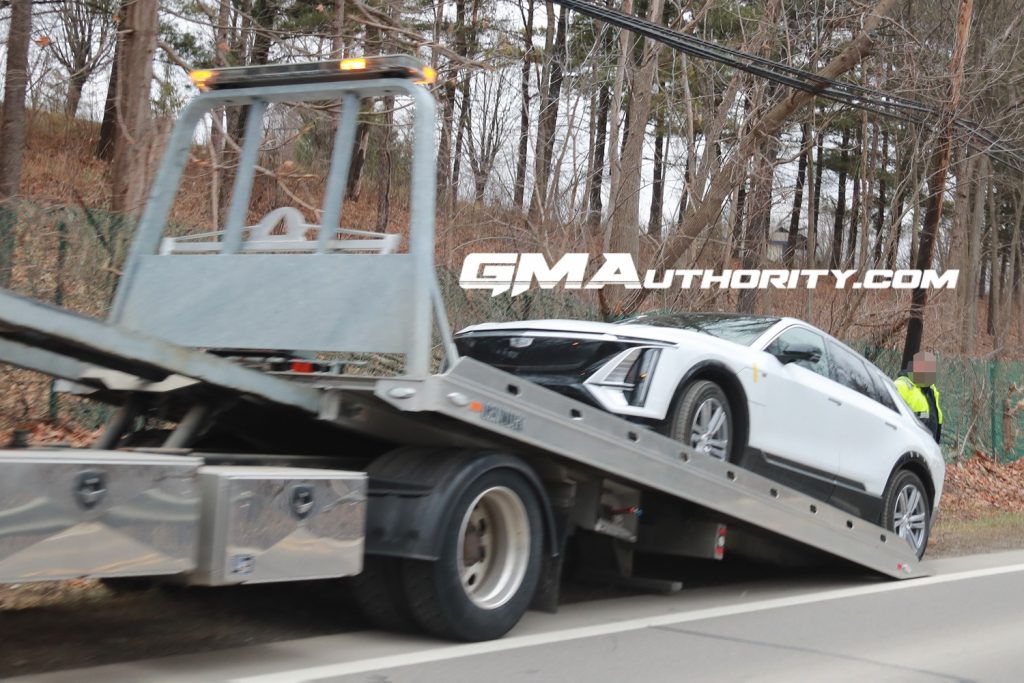