It’s pretty remarkable just how well-built modern cars like the C7 Corvette really are. Even in a high-speed crash, the occupant has a relatively high chance of making it out alive, thanks to collision technologies like crumple zones. Now, we’re checking out the aftermath of this insane high-speed C7 Corvette crash in the following brief video.

Recently arriving on YouTube, the video is a little under 2-and-a-half minutes long, and shows the remains of a C7 Corvette that was absolutely annihilated on the 10 Freeway in the city of Colton, located in Southern California. According to the video description, the incident occurred in the early morning hours of Saturday, December 3rd, with first responders arriving at the scene to find the C7 Corvette in pieces after the driver lost control and collided with several other vehicles. Pieces of the C7 Corvette can be seen strewn across the highway for roughly a quarter mile, including the engine, which was ejected from the front of the vehicle and can be seen sitting on its side in a pool of motor oil several hundred feet down the road. 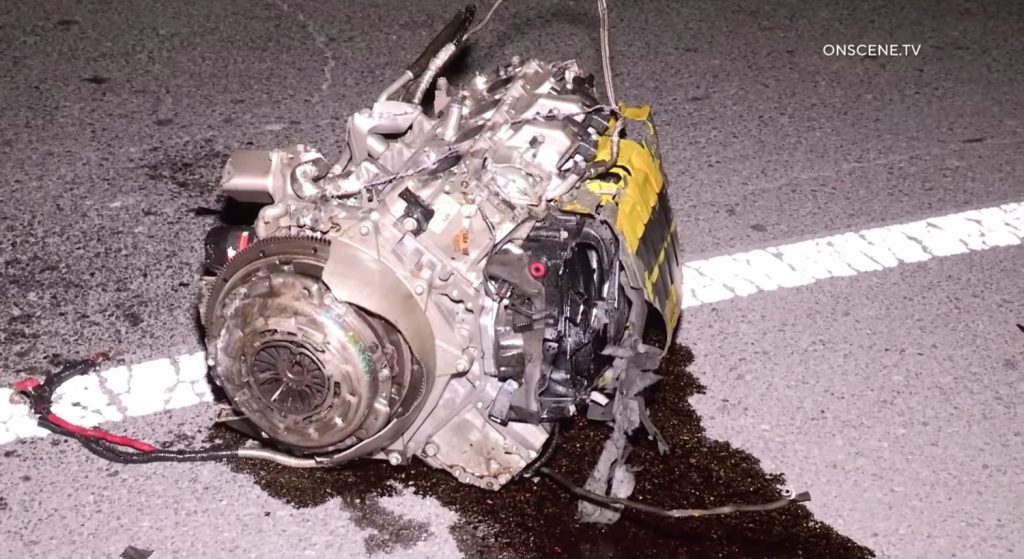 All in all, it’s astounding no one was killed in this horrific accident. Even more amazing is that the driver of the yellow C7 Corvette managed to walk away from the crash, sustaining only minor injuries, a testament to modern vehicle safety. 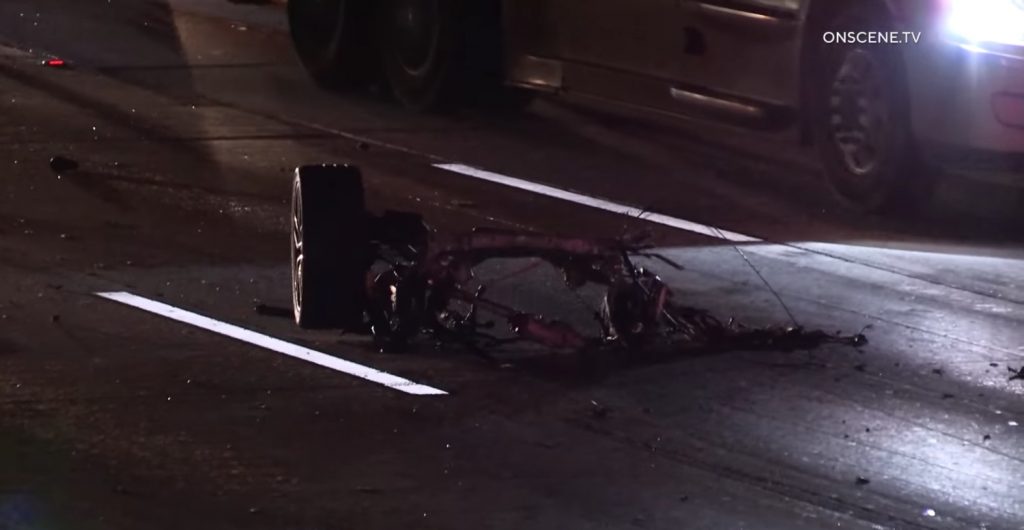 In the video, pieces of the Corvette are seen on the freeway in chunks – bits of suspension and a wheel, body pieces, plastic paneling, and of course, that naturally aspirated 6.2L V8 LT1 small block.

It goes without saying, but should be repeated anyways – don’t race on the street. Take it to the track.