As Cadillac begins its journey toward an all-electric lineup, the luxury marque has altered the way in which it designates the output of its models. As we reported previously, the numbered badge on the back of the vehicle refers to its torque output measured in Newton-meters. That much we already knew. But now, GM Authority has learned that electric Cadillac models will feature the ‘E4‘ nomenclature to designate all-wheel-drive (AWD) traction.

For the sake of disambiguation, the ‘E’ refers to the vehicle’s electric powertrain, while the ‘4’ designates AWD.

To refer to AWD as ‘4’ is an interesting direction for Cadillac, as the luxury marque currently identifies models with AWD with a simple ‘AWD’ badge. However, there is precedent with the E4 convention, as Cadillac designated AWD vehicles with a ‘4’ on the ATS and the third-generation CTS. These models were badged as ATS4 and CTS4, respectively. Around 2020, Cadillac swapped this nomenclature in favor of ‘AWD’.

Cadillac will bring this naming scheme back with the forthcoming Cadillac Lyriq AWD, with the all-electric crossover being badged as 700E4 in the Chinese market. As of now, this is the only model to feature this “new” nomenclature, since it’s currently the only electric Cadillac model on sale. Regardless, the ‘700’ is the torque rating in Nm (the Lyriq AWD is rated at 710 Nm / 524 pound-feet of torque) for the Chinese-market Lyriq AWD, while the ‘E’ is for ‘electric’ and the ‘4’ is for all-wheel-drive.

As a reminder, the three-digit badge reflects a vehicle’s torque output in Newton-meters, and is rounded to the nearest 50.

In explaining the decision to use Newton-meters, ex-Cadillac President Steve Carlisle was quoted as saying, “It’s metric, it’s universal, it’s global, we have to think about all the markets that we’re doing business in.”

Elsewhere in the lineup, the Cadillac CT4 with the turbocharged 2.7L L3B I4 gasoline engine produces 472 Nm of torque (350 pound-feet) of torque. As such, the sedan gets the 500T badge, where the “T” badge designates a turbocharged powerplant, regardless of engine configuration. High-performance and ultra-high-performance models simply wear the ‘V’ badge, with no torque output nomenclature. Meanwhile, the letter ‘D’ – like in 600D – indicates the presence of a diesel engine. If there is no ‘T’, ‘D’ or ‘E’ after the number, this means the vehicle is paired with a naturally aspirated internal combustion engine.

As far as the models themselves, vehicles like the Cadillac Lyriq are setting the standard for how Cadillac will name its models in the future. In fact, upcoming Cadillac electric vehicles will not carry alpha-numeric names to help distinguish the models from their ICE-powered variants. Meanwhile, vehicles that have alpha-numeric names, such as the XT4 or CT5, will retain their names during their respective lifecycles, while models like the Escalade will continue to use “real” names due to their legendary status. 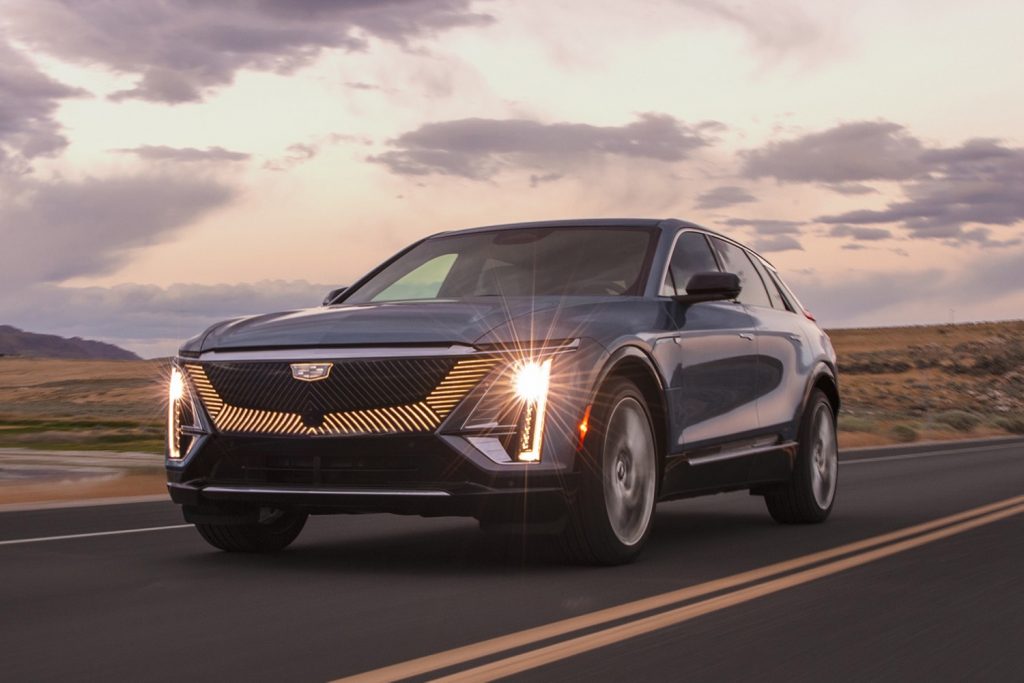 The idea behind this naming strategy is to allow Cadillac to denote the performance output of a vehicle, regardless of whether it has an internal combustion engine or is purely electric. As of the time of this writing, 700E4 represents the highest-numerical badge in use on a Cadillac vehicle currently in production.