You gotta love the sound and fury of a supercharged V8 throwing down gobs of power, as demonstrated by the Pro Touring 1970 Chevelle featured in the following video.

Coming to us from the folks at AutotopiaLA, this video clocks in a just under 11 minutes, and includes both walkaround info and some action on the street as well. This particular Chevelle was seen at the recent Quarantine Cruise in Southern California, and belongs to Markus, who purchased his ride as a roller to be built in his garage, piece by piece. 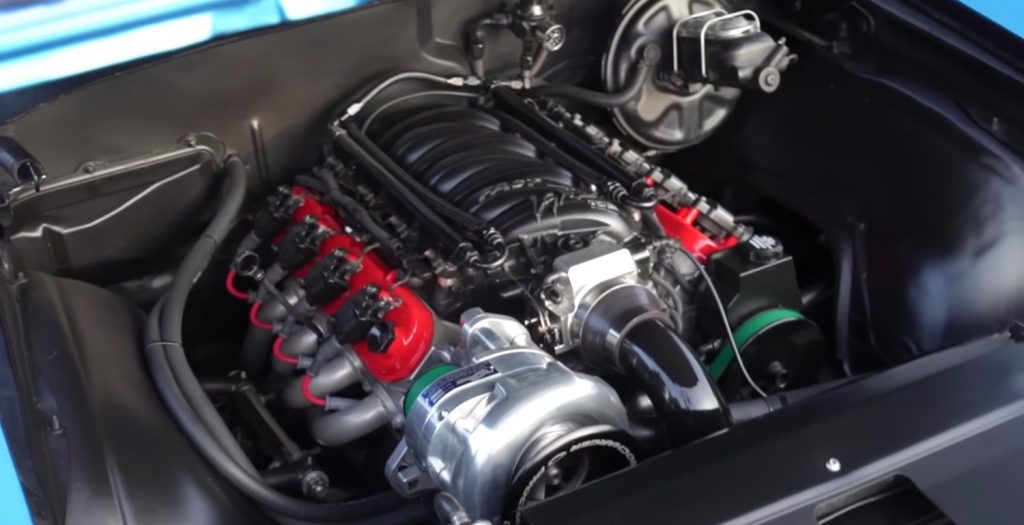 “Off the bat, I knew I was going to LS swap it,” Markus says. To that end, Markus dropped in a fully machined, blueprinted, and balanced V8, which is now running new internals in the form of Eagle rods and Wiseco pistons. The powerplant was also bored over and is now “just a couple cubic inches shy of an LS3.”

Obviously, the powerplant is also running a rather beefy forced-induction setup courtesy of ProCharger, which boosts output to a heady 700 horsepower at the rear tires, plus 640 pound-feet of torque. That’s a lot, so to keep things in check, Markus installed new tubular upper and lower suspension components, although the frame and chassis remain relatively stock. Output is sent rearwards through a six-speed manual transmission.

In terms of aesthetics, Markus says he was shooting for a relatively stock look for his Chevelle, but with a few subtle updates here and there. The exterior, for example is covered in a paint color similar to the original Lemans Blue, but is in fact an OEM color from Mazda dubbed Celestial Blue. Markus also added a few “grand sport” touches with black striping, giving a nod to the Corvette engine and brakes. The 20-inch wheels are three-piece units from Asanti, finished in black to complement the striping. 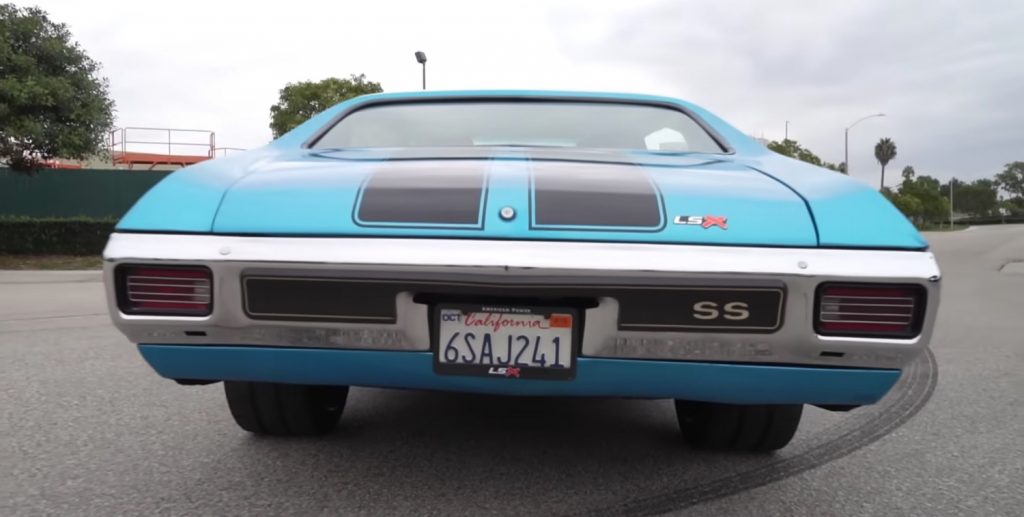 The interior continues the theme with new Sparco bucket seats and G-Force racing harnesses, plus new gauges behind the custom steering wheel and along the A-pillar. The door panels, dash, and rear bench seat, however, are original.

Check out this 1970 Chevelle Pro Touring build for yourself right here: