The tuner car frenzy of the early aughts produced all sorts of interesting vehicles, including the Chevy Cobalt SS. That said, the Cobalt SS was, for whatever reason, relatively under-appreciated in its day. Now, however, we’re checking out what happens when a speed shop with right know-how takes the platform to dizzying new heights with the following 600-wheel horsepower time attack monster. 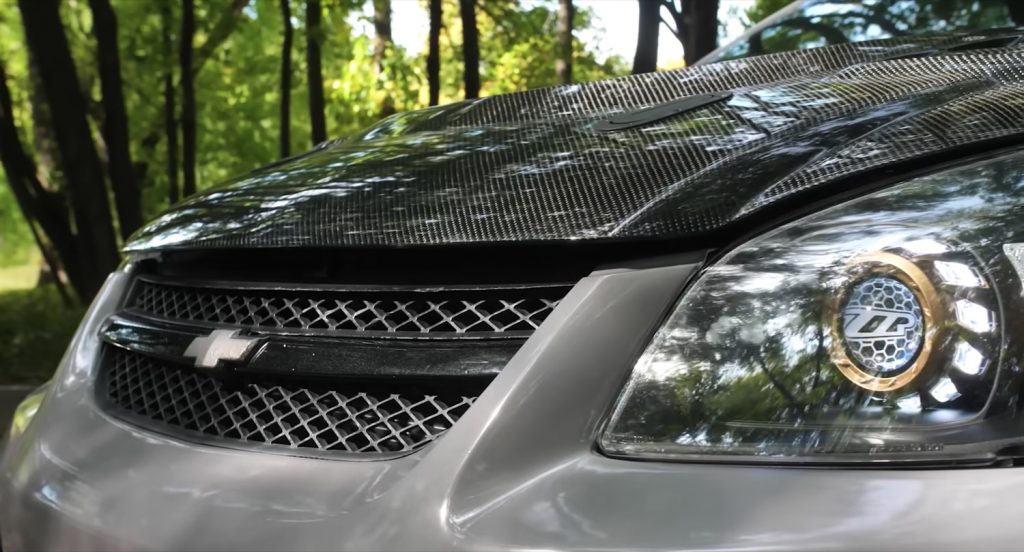 The video is hosted by YouTuber ThatDudeinBlue, who provides some interesting insights into the build and what it’s like to rip around on the street. The tuned Chevy Cobalt SS featured here was built by ZZPerformance out of Michigan, which knows a thing or two about taking the Ecotec engine platform to extremes. Dubbed the “Snobalt,” this thing is fully built, running a rather sizable turbocharger mounted adjacent to the transverse engine. Although 600 horsepower is certainly nothing to sneeze at, the video hosts says ZZPerformance has taken the Ecotec platform up to an astonishing 900 wheel horsepower – not bad for a four-banger. 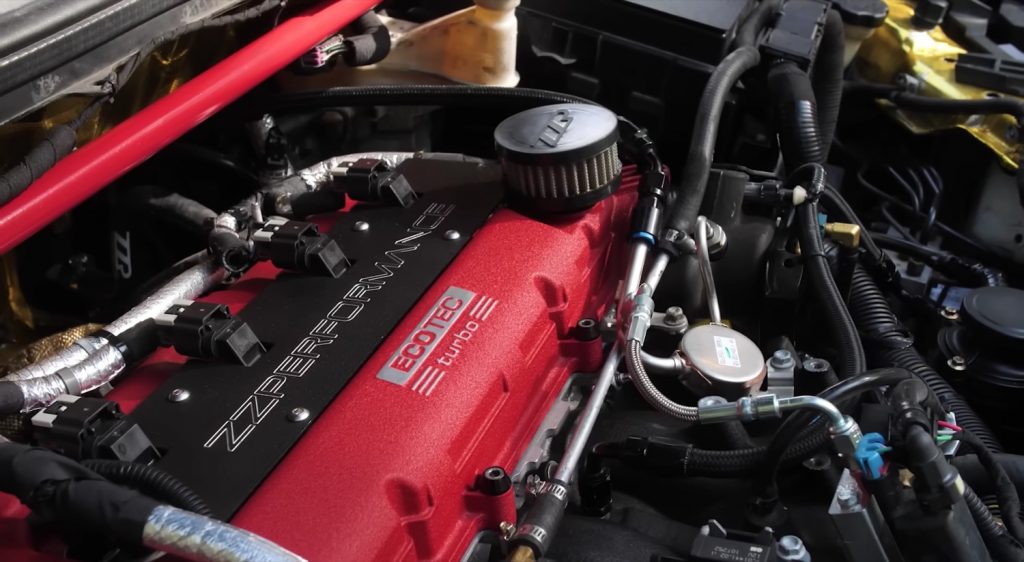 Output is routed through a six-speed manual transmission, while spent gasses exit through a side exhaust treatment that gives off plenty of pops and bangs as it goes down the road. And that’s all in tune with the looks, which are nothing short of full-blown race car. 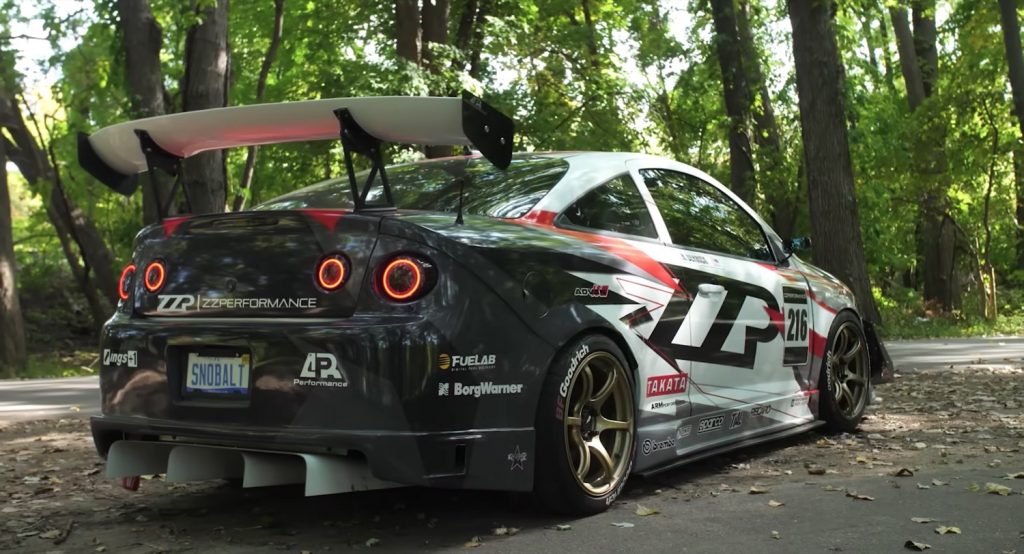 As a time attack competitor, this Chevy Cobalt SS runs a full complement of functional aero enhancements, including a carbon fiber front splitter, rear diffuser, and a massive rear wing. Advan Racing RGIII wheels sit in the corner with an attractive gold finish, while a head-turning black-and-white livery treatment was applied to the body panels. Up front is a vented carbon fiber hood. 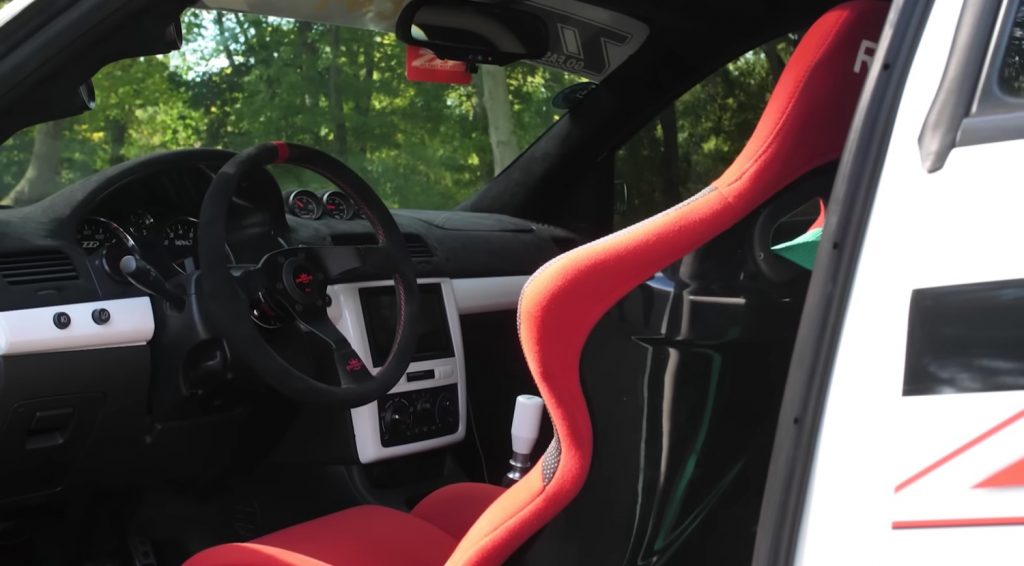 Although this thing is a straight-up race car in many respects, it actually looks to be quite functional as a street car as well. The cabin isn’t totally stripped down, while passengers enjoy Recaro bucket seats and Takata racing harnesses. There’s also suede for the dash and door panels, plus relatively modern infotainment features.

Check out the video below to see what it’s like to drive this 600-horsepower Chevy Cobalt SS: