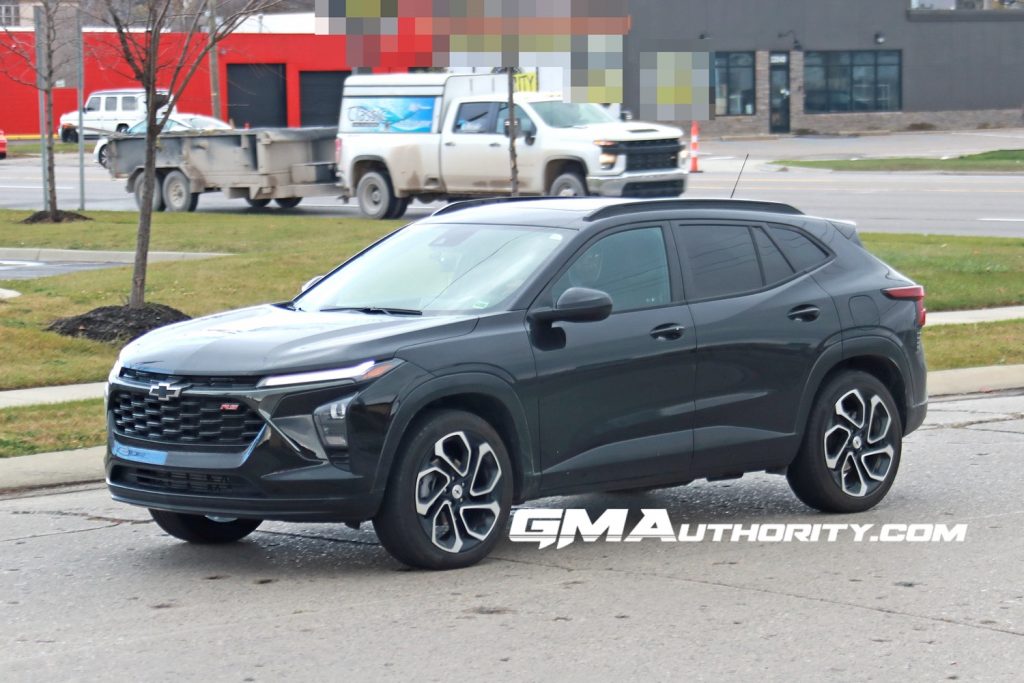 This particular unit is draped in Mosaic Black Metallic paint (color code GB0) and finished in the 2RS outfit. Up front, we see the dual-layer headlight arrangement found on other recently introduced Chevy products, and an RS-specific front grille. Peeking out from the driver side of the grille is the red RS badge, along with a Black Bow Tie front-and-center. 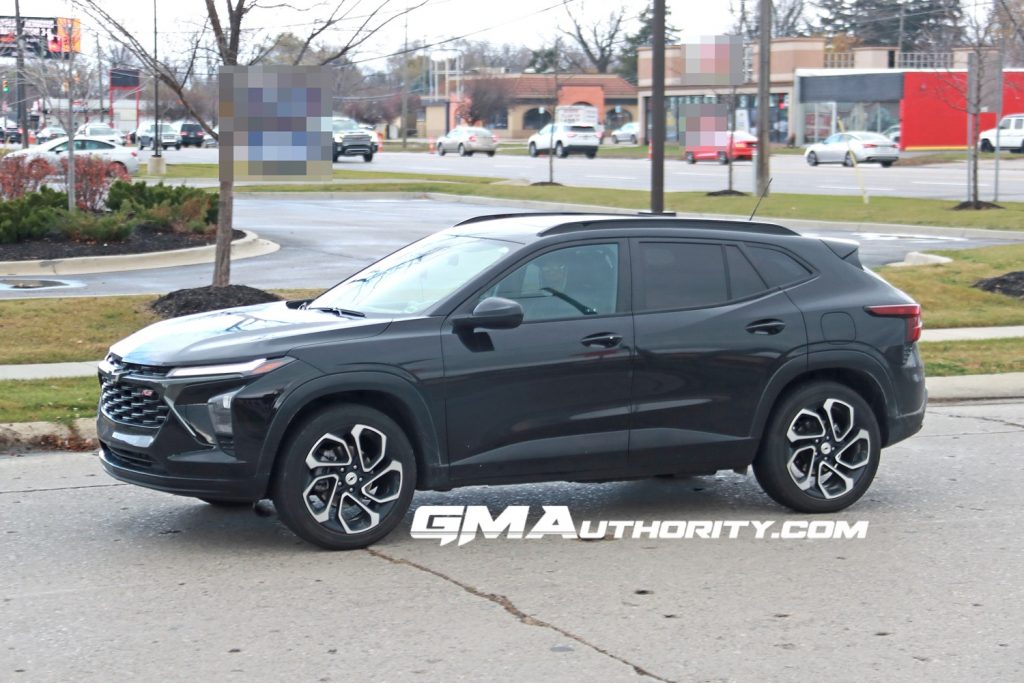 Moving around to the side, we see body-colored side mirrors and black roof rails. This ensemble is rolling on 19-inch Black-painted machined aluminum wheels, while a closer look reveals the keyless vehicle entry button on the front door handle, a standard 2RS feature. 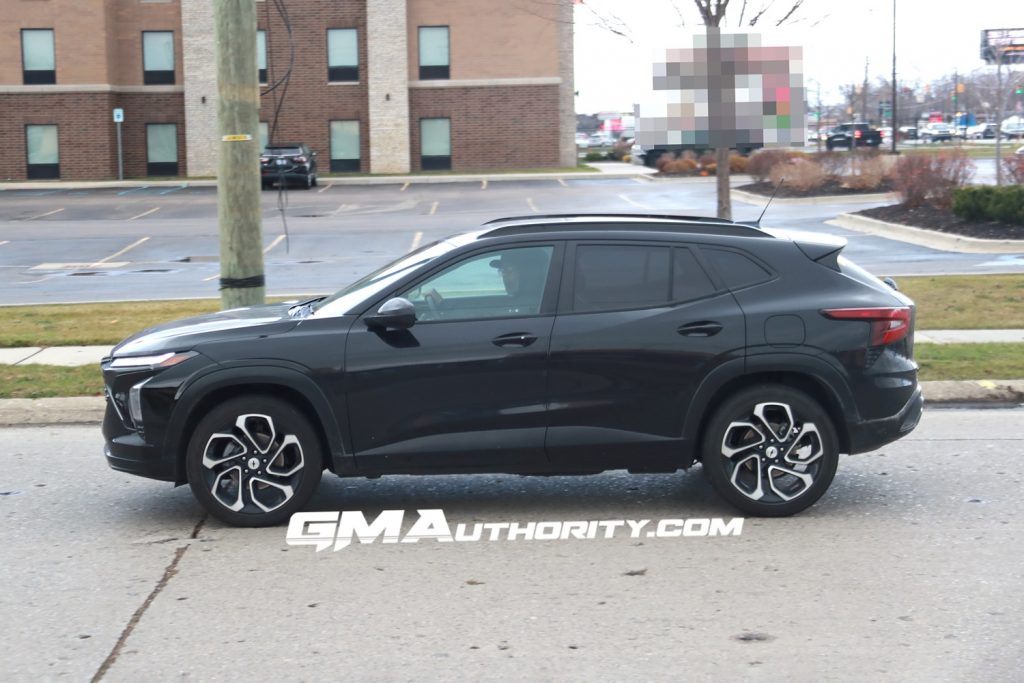 Out back, the exhaust tips have been tucked up under the rear so as not to be visible. Additionally, we see a Black Bow Tie, the red RS badge on the passenger side of the liftgate, taillights with horizontal spears, faux vents below said taillights, and a roof-mounted antenna. 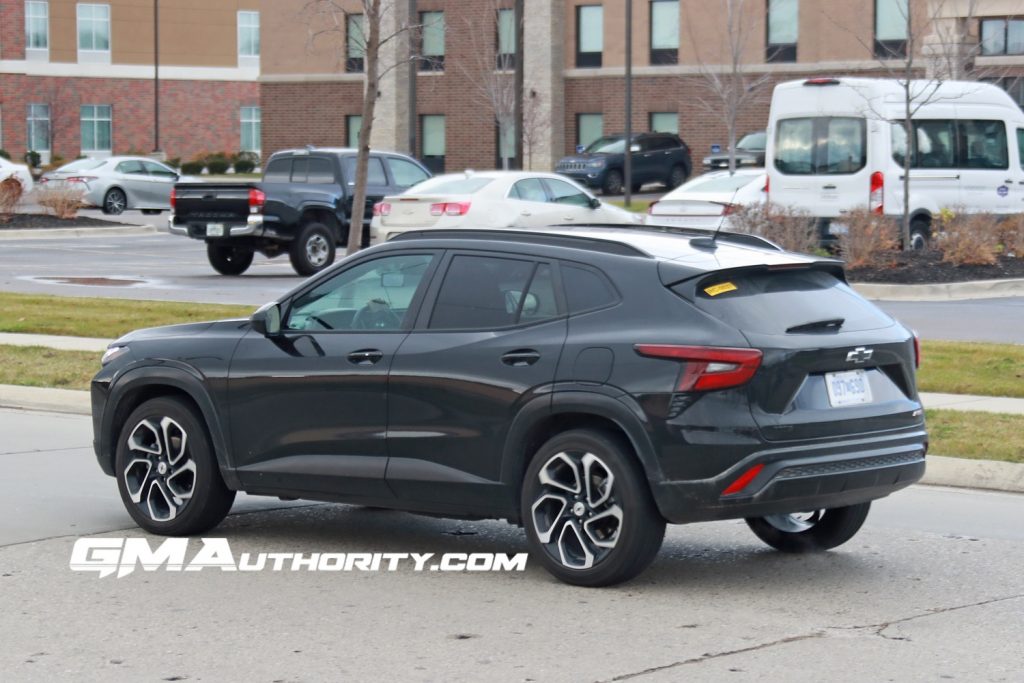 For those who may be unaware, the 2024 Chevy Trax marks the beginning of an all-new, second generation for the subcompact crossover. The latest Trax’s exterior is longer, lower, and wider than the preceding model, while the interior receives an extra three inches of rear legroom and a 12-percent increase in cargo capacity. On the tech side, LS and 1RS trims get a standard eight-inch diagonal infotainment screen, while LT, 2RS, and Activ trims get an 11-inch screen. Furthermore, the 2024 Trax is granted with other goodies like Active Noise Cancelation and cruise control, while Adaptive Cruise Control is offered on most trims. 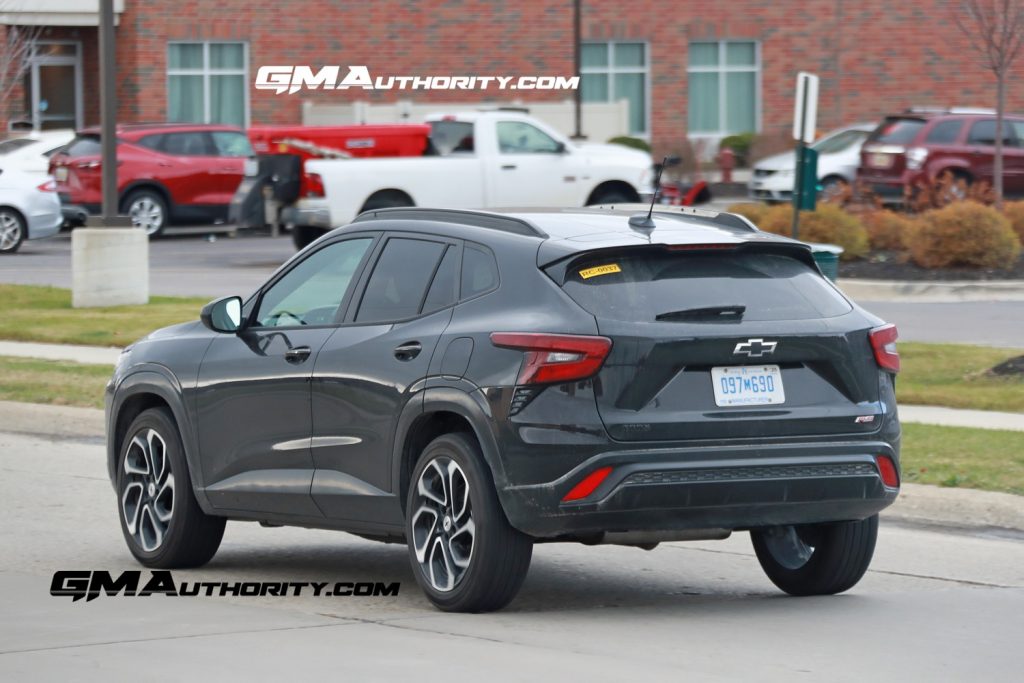 One of the more interesting pieces of the 2024 Chevy Trax is how it slots into the Chevy lineup alongside the 2023 Chevy Trailblazer. Despite both being based on the GM VSS-F vehicle set, the Trax is longer and wider, while the Trailblazer is taller. Despite their different sizes, both vehicles are priced similarly. 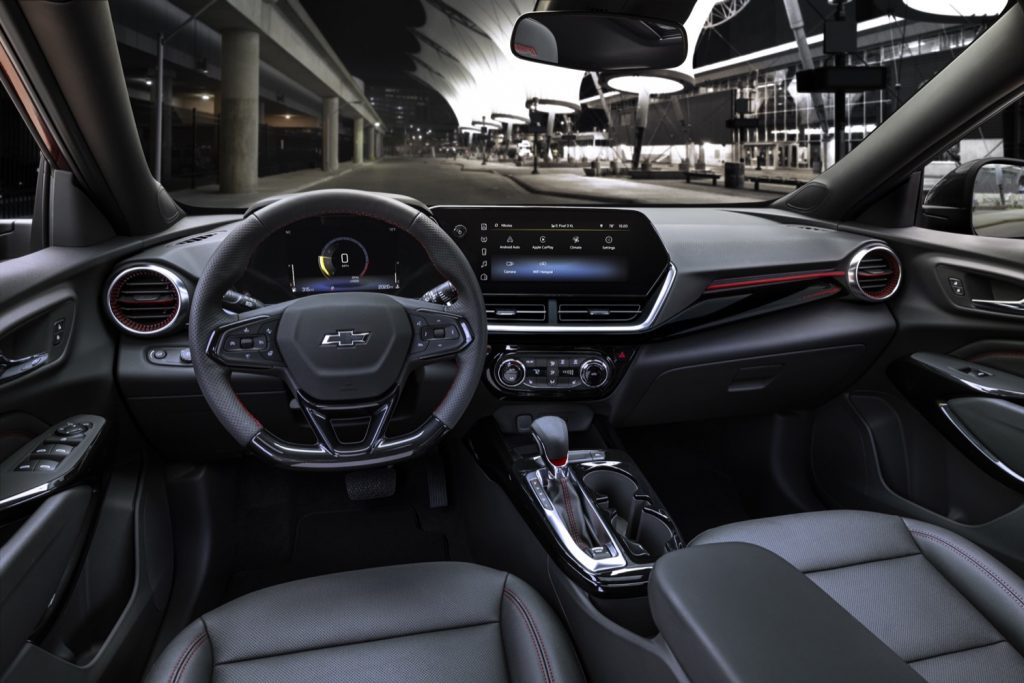 Why would GM sell two vehicles that are so closely positioned together? Well, GM figures it’s a lifestyle choice. Prospective buyers for the Trax are expected to be looking for the practicality of a sedan and the versatility of a utility vehicle, yet maintain more aggressive proportions. Meanwhile, the Trailblazer’s taller ride height and available AWD is intended to draw a different type of customer to Chevy dealerships.