The C8 Corvette Z06 stands apart from the “standard” C8 Stingray thanks to its widebody design and aggressive style, but now, one automotive designer is taking the Z06 to new extremes with the following rendering images. 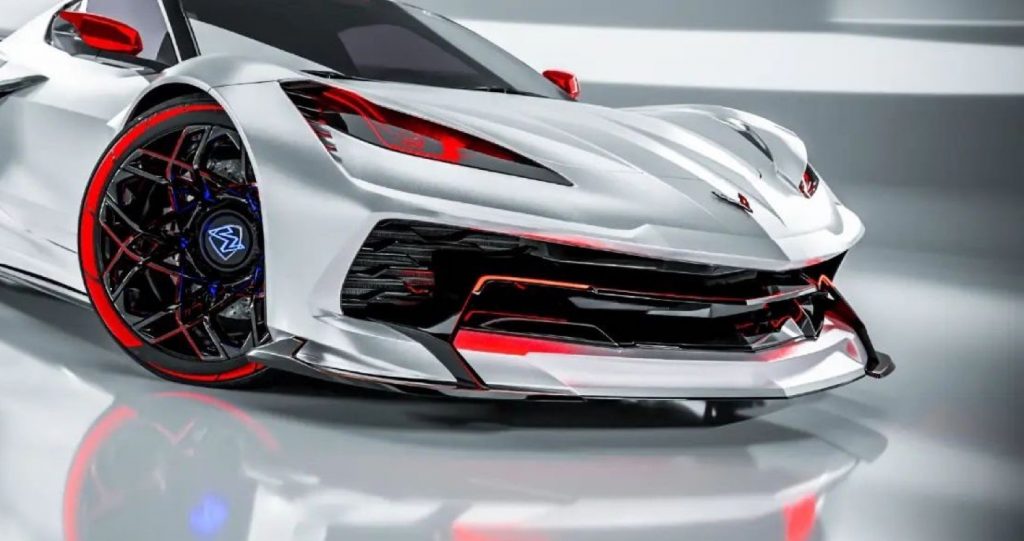 Recently posted to social media by Instagram user @carmstyledesign1, the images show the C8 Corvette Z06 rocking a fully customized body that ups the mid-engine sports car’s visual impact to 11. Let’s start in front, where we find the fascia was reworked with a new bumper section that adds a number of sharp styling elements to the front air intake. These elements connect to a prominent lower spoiler section that juts out considerable from the front body. Black carbon elements interconnect with further styling bits in the rear and profile, while the headlights incorporate new red inner graphics.

The wheels are also quite notable, offering up a complex inner design with black and red coloring and a blue center cap. The wheels are ultra-thin, showing red graphics along the sidewall, adding further complements to the red detailing in the sideview mirrors and side intake trim. 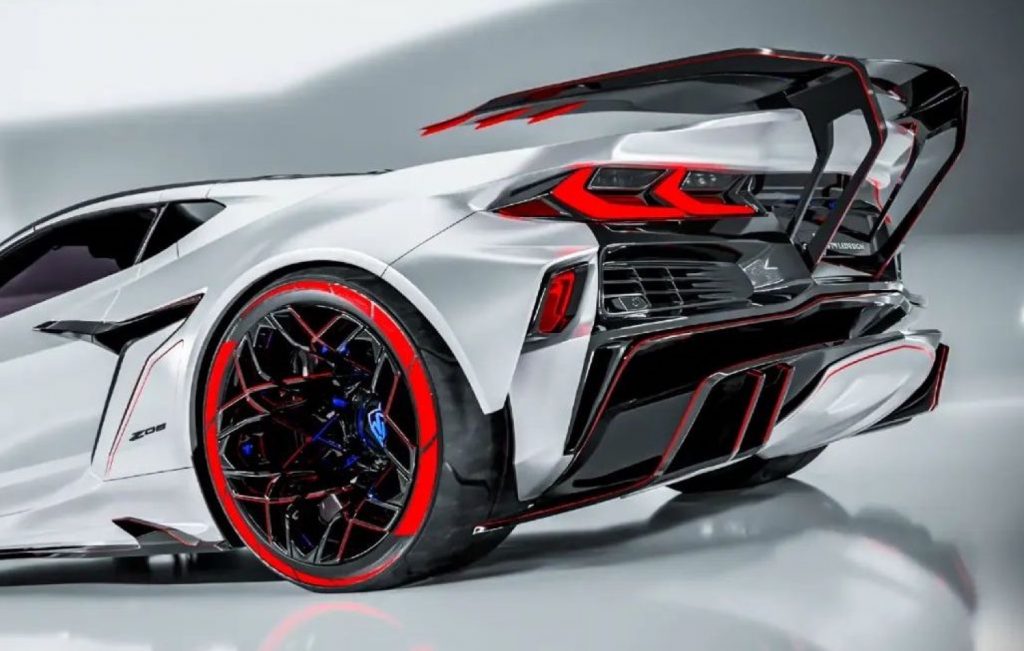 Moving around to the rear of the vehicle, this C8 Corvette Z06 rendering doesn’t skimp on the aggression in back either, with the tail section dominated by a large wing element that hovers above an extended deck lid. The lower section of the bumper incorporates a diffuser-like design, nicely bookending with the massive upper wing, as well as the bulging fenders.

Check out the full rendering images below:

As a reminder, the C8 Corvette Z06 is motivated by the naturally aspirated 5.5L V8 LT6 gasoline engine, which is rated at 670 horsepower and 460 pound-feet of torque and can spin to a sky-high 8,600-rpm redline, emitting a decidedly exotic howl along along the way. Under the body panels, the latest Corvette Z06 rides on the GM Y2 platform, the same underpinnings as the C8 Stingray, while production takes place at the GM Bowling Green plant in Kentucky.