Just days after photos and details of the upcoming Cadillac GT4 leaked in China, the interior design of Cadillac‘s new small crossover has just been captured for the first time in that country. 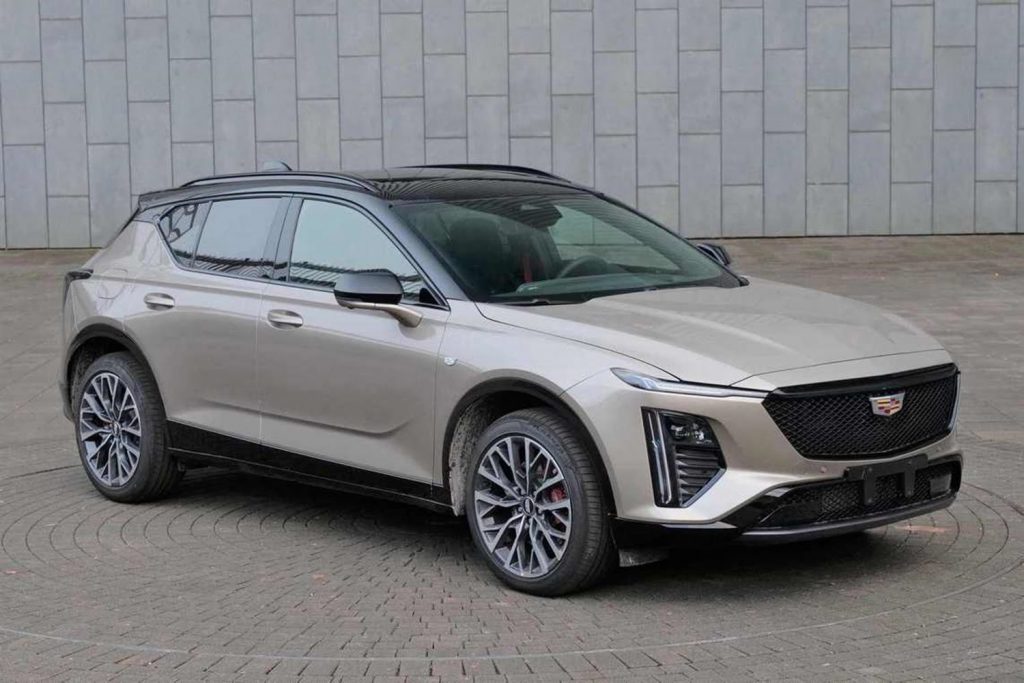 New images, posted on Chinese social media channels, show the upcoming Cadillac GT4 interior for the very first time, with only a small circular cover hiding the Cadillac logo on the steering wheel. From what we know, these photos were taken at a Cadillac dealer in China, which received a unit of this model for the purpose of training the sales staff. 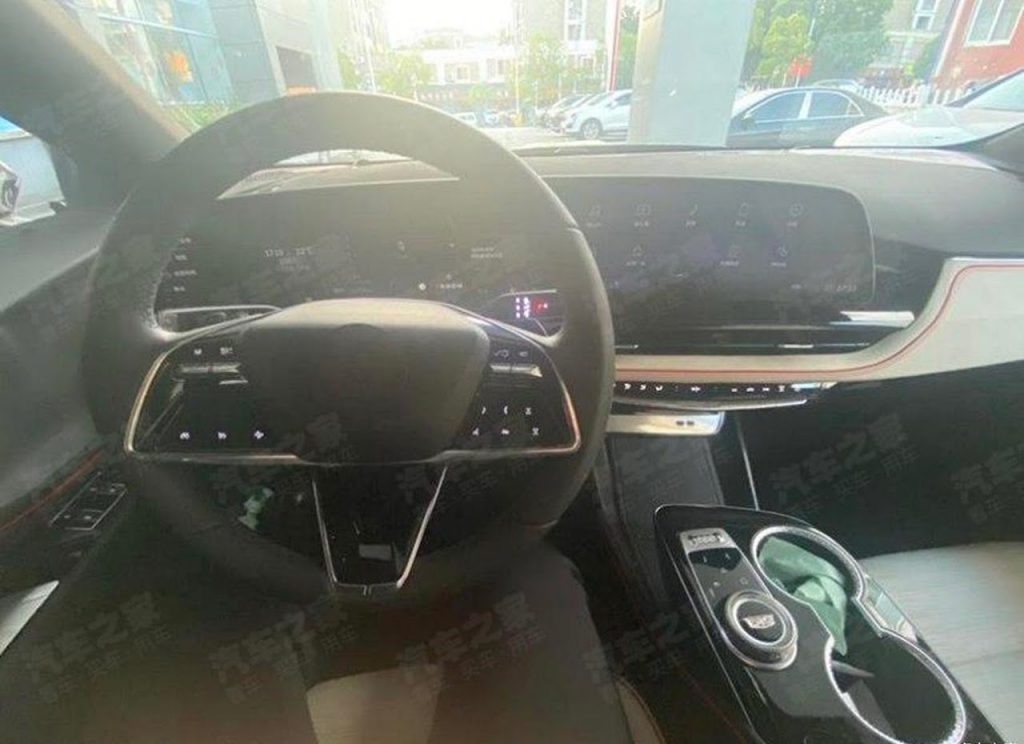 In particular, the photos show that the interior of the upcoming Cadillac GT4 will adopt the latest evolution of the brand’s design language with a two-tone cabin as well as a cockpit format inspired by that of the all-new Cadillac Lyriq. The large central display module combines the instrument cluster with the central infotainment screen into a single free-form curved panel, mounted on a piano black surface and the horizontal air vents. 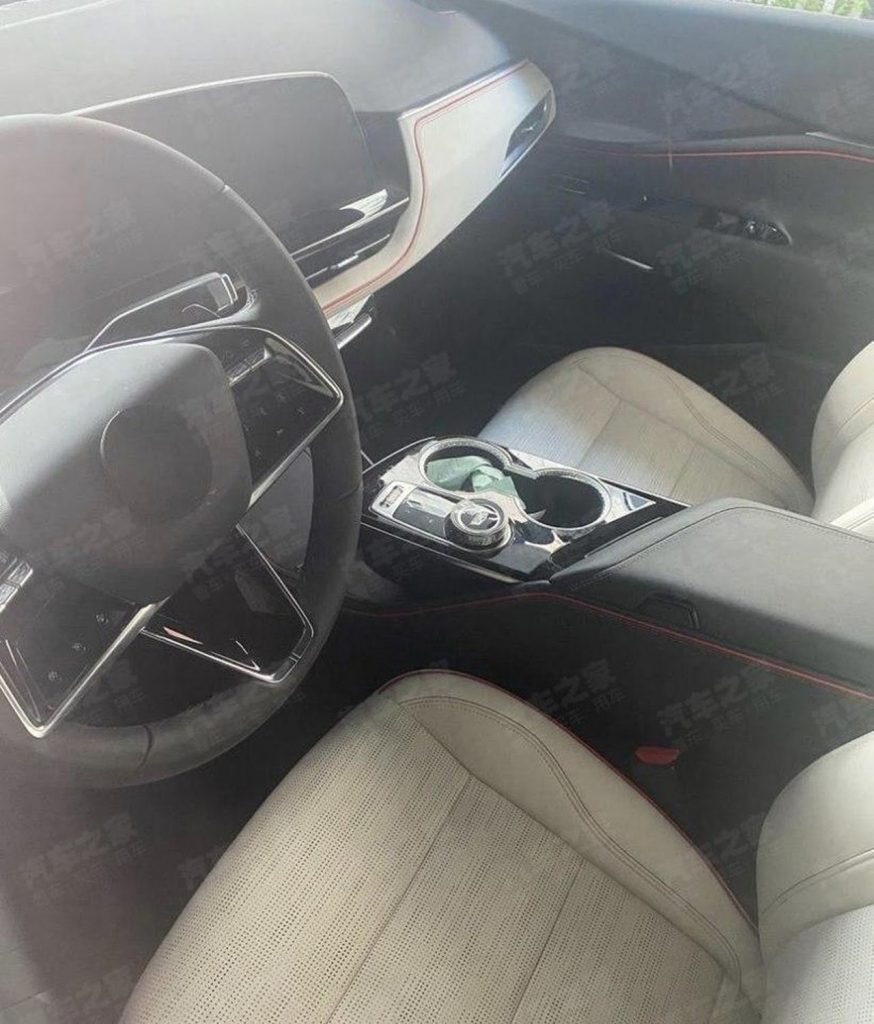 Other cues include the same multifunction steering wheel with touch controls and physical buttons first introduced on the Lyriq. Similarly, the upcoming GT4’s floating center console looks a lot like the one in the Lyriq, with dual cupholders stacked longitudinally, along with an infotainment control module via the familiar rotary knob, volume control, and drive mode selector. 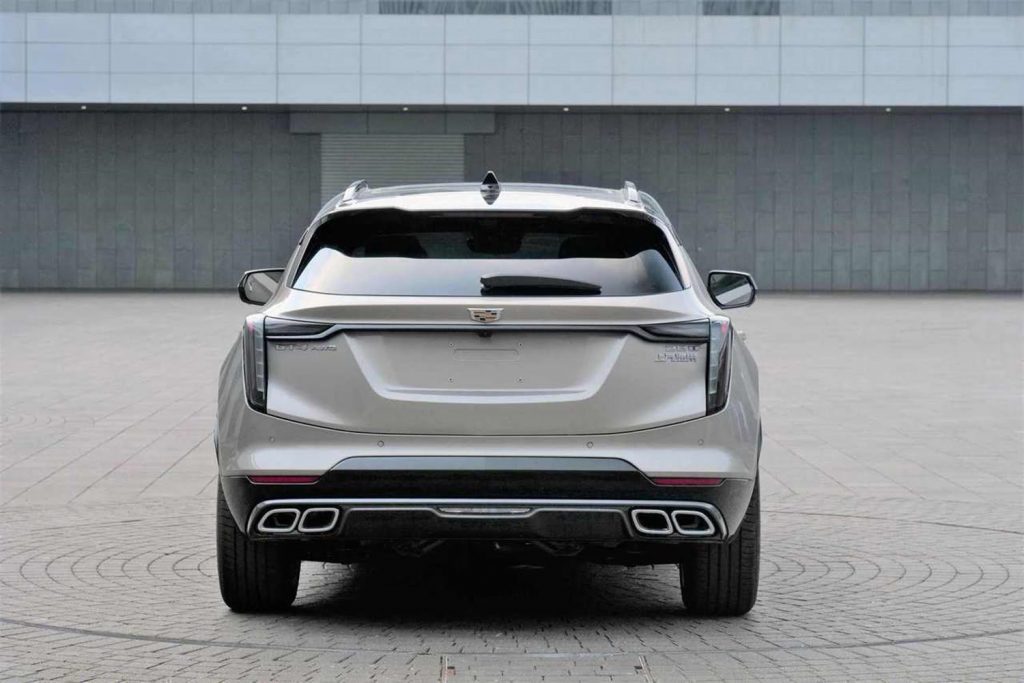 Also note that the Cadillac GT4’s electronic gear selector is not included on the center console, but is instead mounted on the steering column to maximize the available cabin space. First introduced on the aforementioned Lyriq, the treatment could end up being extended to the entire Cadillac model range. Additionally, the particular GT4 model captured in the images features contrasting red stitching on the dash, door trim and seats, likely indicating that it’s a Sport trim level, as per Cadillac’s Y trim level strategy.

The next Cadillac GT4 is expected to make its world debut in early 2023 and go on sale in the middle of next year in China, where it will be built at SAIC-GM’s Dong Yue plant. At least for now, there are no known plans to sell the GT4 in North America or any other region of the world, so the crossover could be an exclusive product for the Chinese market.

Subscribe to GM Authority as we bring you the latest Cadillac GT4 news, Cadillac news, and ongoing GM news coverage.