General Motors has just officially launched the new 2023 Cadillac Escalade-V in the Middle East, where the most aggressive version of Cadillac’s full-size SUV arrives to reinforce the model’s dominance within its segment in the region. 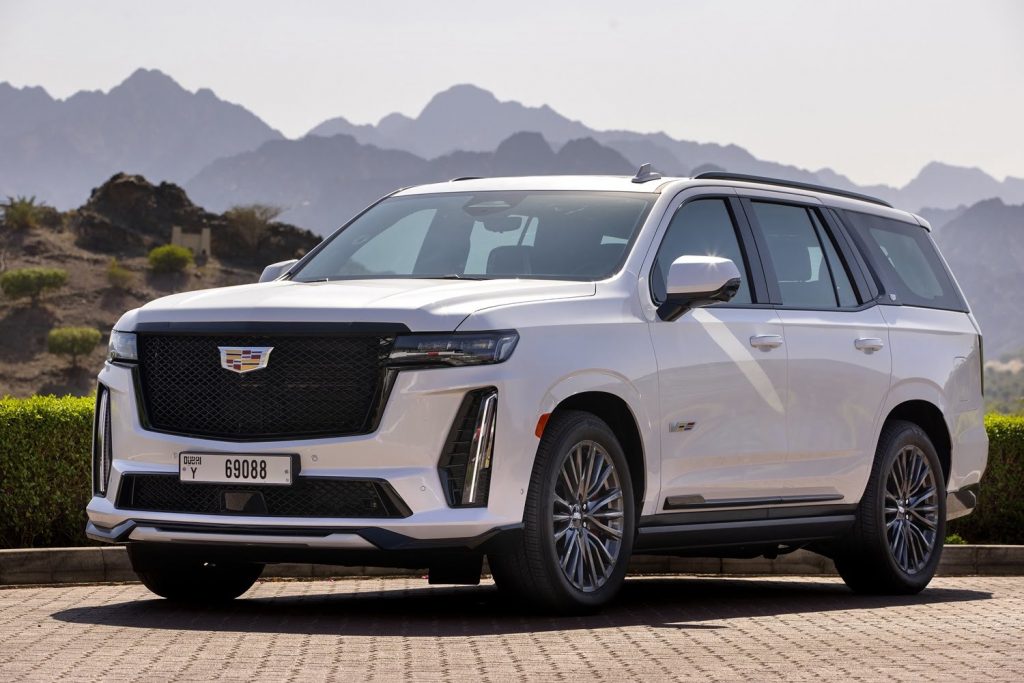 The automaker’s Middle East subsidiary announced the arrival of the new 2023 Cadillac Escalade-V to countries in the region as the first V-Series utility vehicle in the history of the brand. As such, the Escalade-V is the auto industry’s most powerful full-size SUV that elevates the performance, design and technology of the iconic nameplate to a new level. 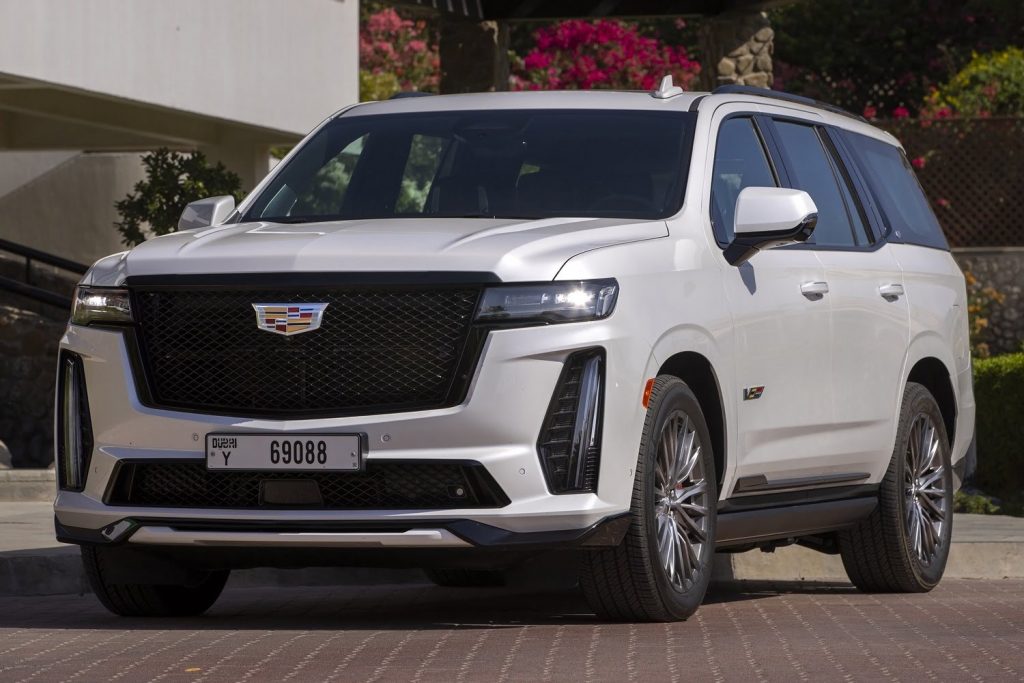 “There is no better way to close Cadillac’s 120th Anniversary year, than by bringing the first-ever Escalade-V to a region that thrives on luxury and performance. The Escalade-V depicts Cadillac’s performance credentials, elevating the benchmark in the luxury SUV space,” said Managing Director, Cadillac International Operation and Cadillac Middle East, Kristian Aquilina. “Looking at the outstanding results we’ve seen following the launch of the CT4-V and CT5-V Blackwing to date, we know that with the Escalade-V we’ll reach new heights,” he added. 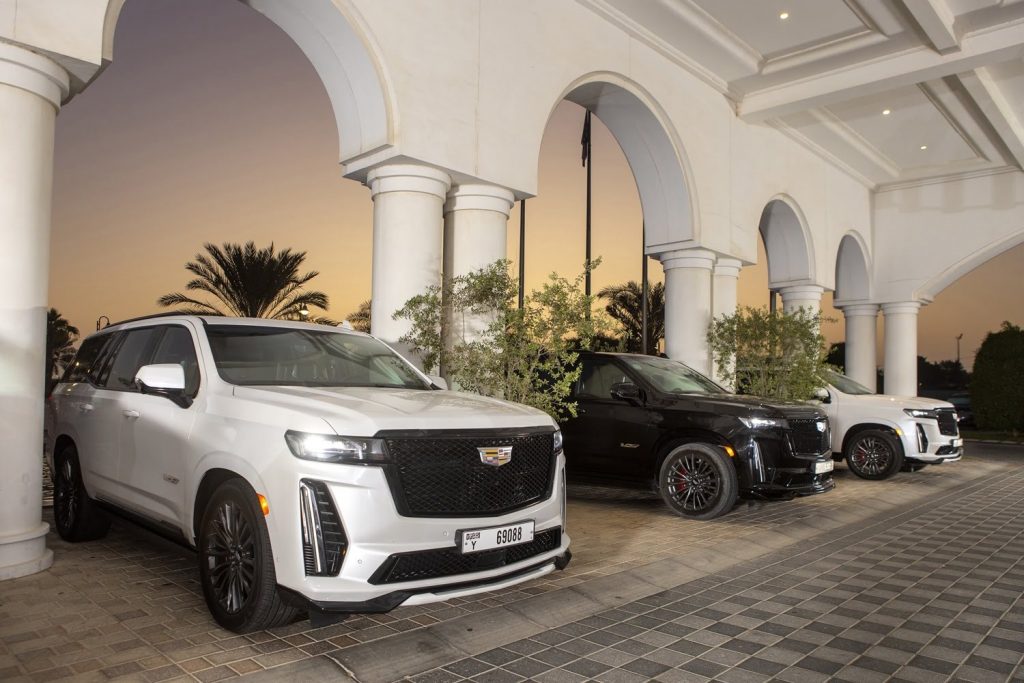 Like in the three North American countries, the 2023 Cadillac Escalade-V is offered in Southwest Asian countries in both the standard model and the long-wheelbase ESV variant. In addition to offering the most power in its class, the Escalade-V features a specific front-end design, an aerodynamic trim package, black quad exhaust tips and unique 22-inch wheels. 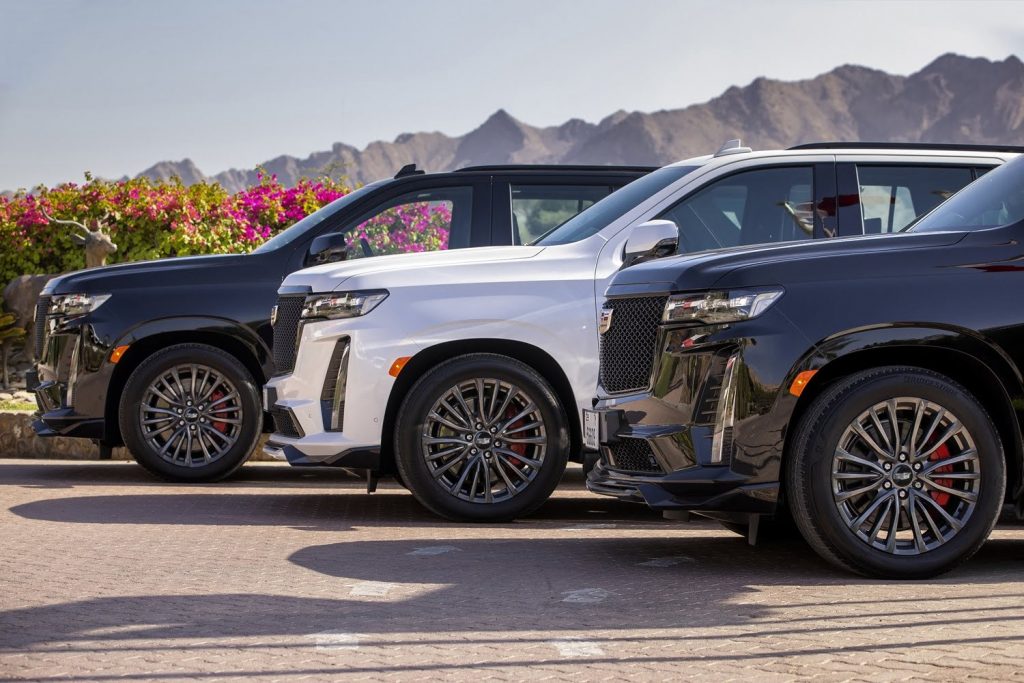 Mechanically, the 2023 Cadillac Escalade-V stands out for including the supercharged 6.2L V8 LT4 engine that develops 682 horsepower and 653 pound-feet of torque, mated exclusively to the GM 10-speed automatic transmission. In addition, the model has unique suspension calibrations and the exclusive V-Mode system that allows the customization of a preferred driving mode, while also automatically lowering the height of the vehicle by almost 20mm. 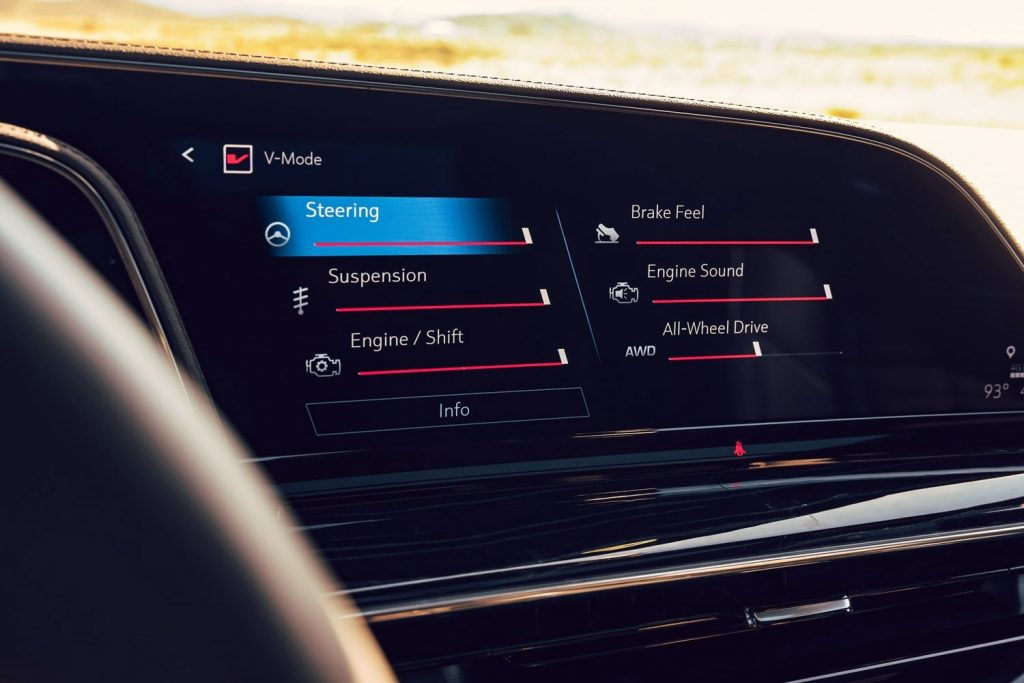 The new 2023 Cadillac Escalade-V is now available at the brand’s official dealer network in the Middle East, with a starting price in the United Arab Emirates of AED 599,000, or about $163,100 at current exchange rates. Cadillac Escalade-V units arrive in the region from the GM Arlington plant in Texas.