For those readers who may have missed it, GM Authority was the first to report on the upcoming 2024 Buick Encore GX refresh, and now we’re back at it with yet more exclusive coverage, this time with the following spy photos. 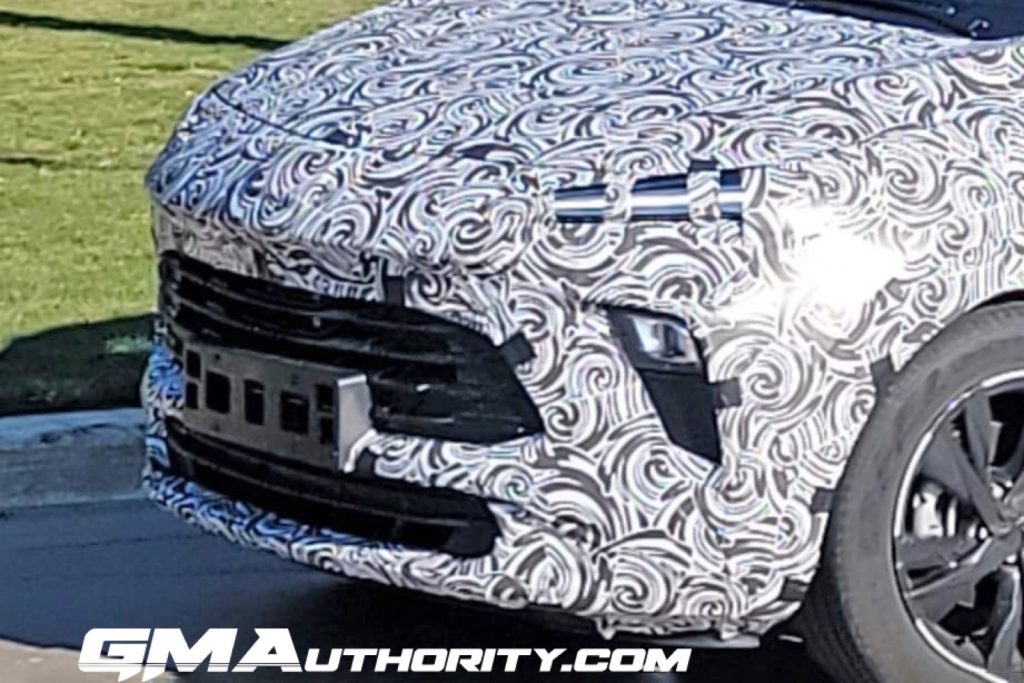 Coming to us from GM Authority reader Ben H., these photos capture the refreshed 2024 Buick Encore GX out on the street as it undergoes a little testing as a camouflaged prototype. Although the exterior is covered in the usual swirling black-and-white wrap to hide the revised styling underneath, we can still pick out a few important design updates.

The front end, for example, presents a reworked fascia with a two-tier lighting arrangement, confirming earlier exclusive coverage published by GM Authority late last month. As we can see, the new lighting includes slim daytime running lights mounted high in the fascia, while forward-facing projector headlamps are mounted lower in the fascia to bracket the primary air intake. 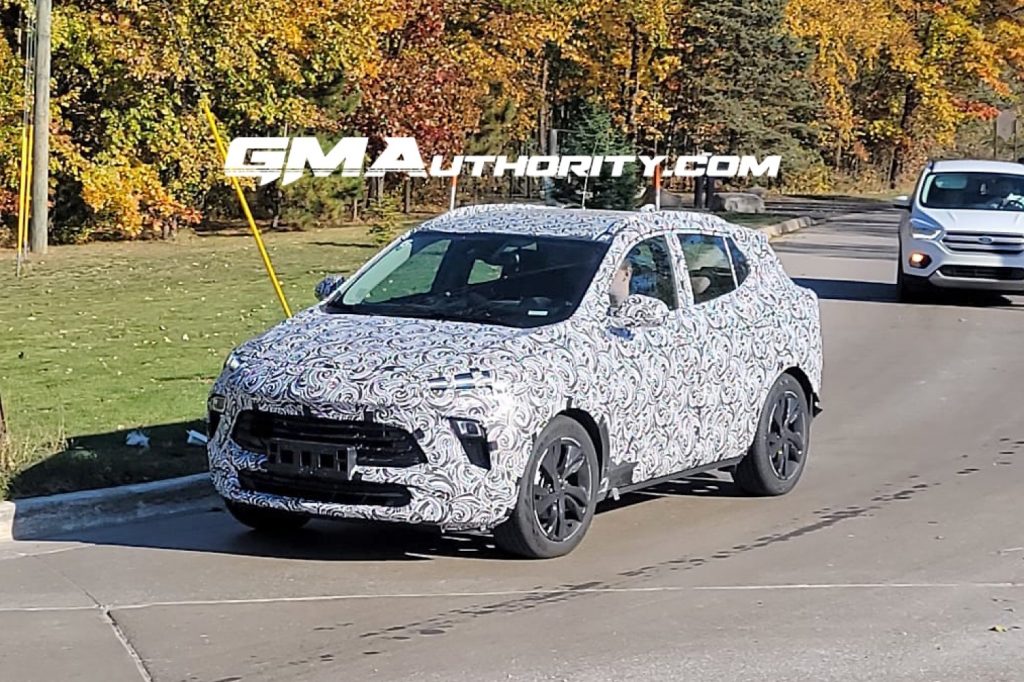 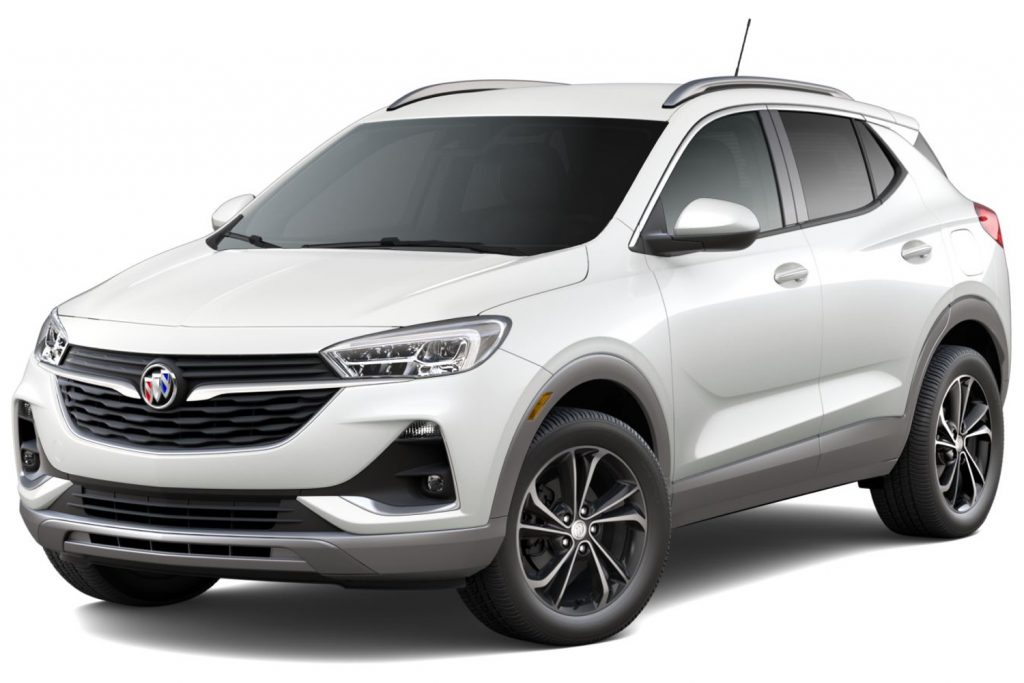 The grille is also restyled, now incorporating a hexagonal shape that’s turned down in the corners. Below the larger hexagonal grille is a smaller, slimmer secondary intake section.

The profile reveals a familiar window line with an up-turned kink towards the rear C-pillar. We also see ridges along the roofline which suggest the presence of roof rails, while in the corners, we spot a new split-spoke wheel design with a black finish.

The rear end once again incorporates a trailing-edge roof spoiler, while the rear hatch glass looks like it may have been revised as well. Further changes are also expected for the rear end. 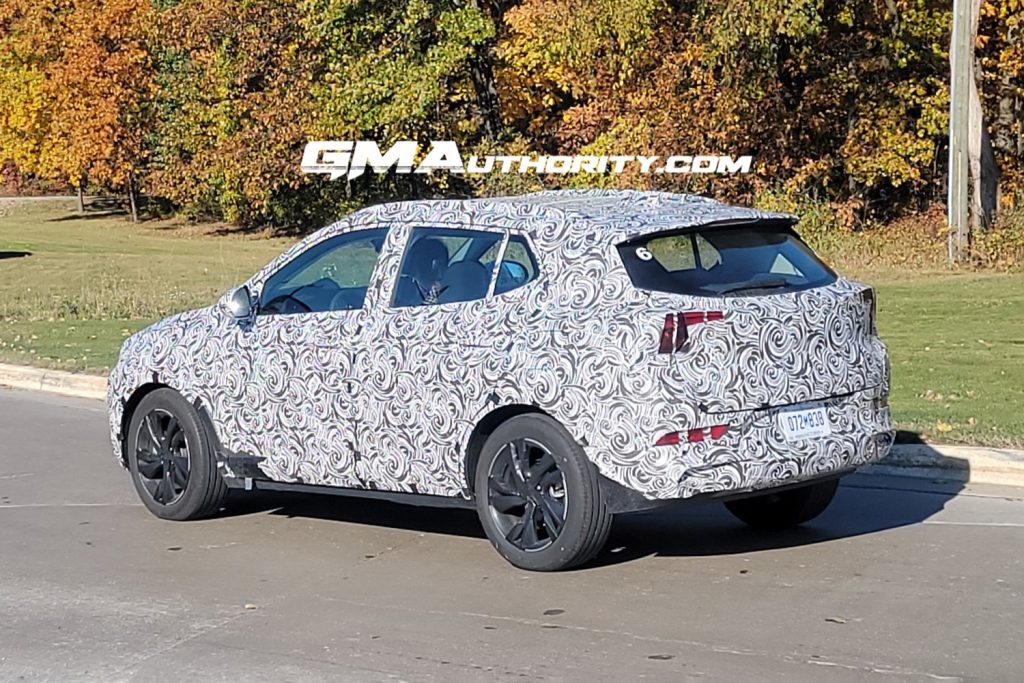 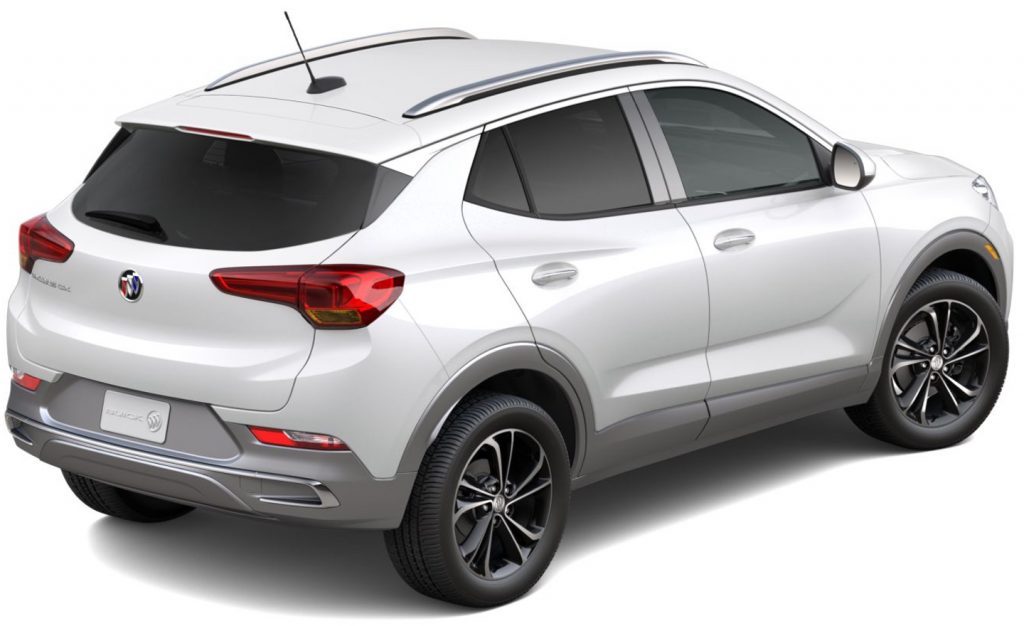 Per previous GM Authority coverage, the refreshed 2024 Buick Encore GX will also introduce a few changes to the cabin, as well as debut a new range-toping Avenir trim level. The new 2024 Buick Encore GX Avenir will stand out from the rest of the lineup thanks to a premium grille treatment and 18-inch multi-spoke alloy wheels, while the cabin space will feature upgraded leather seating, plus several infotainment and driver assist features that are normally offered as optional for the current range-topping Buick Encore GX Essence. 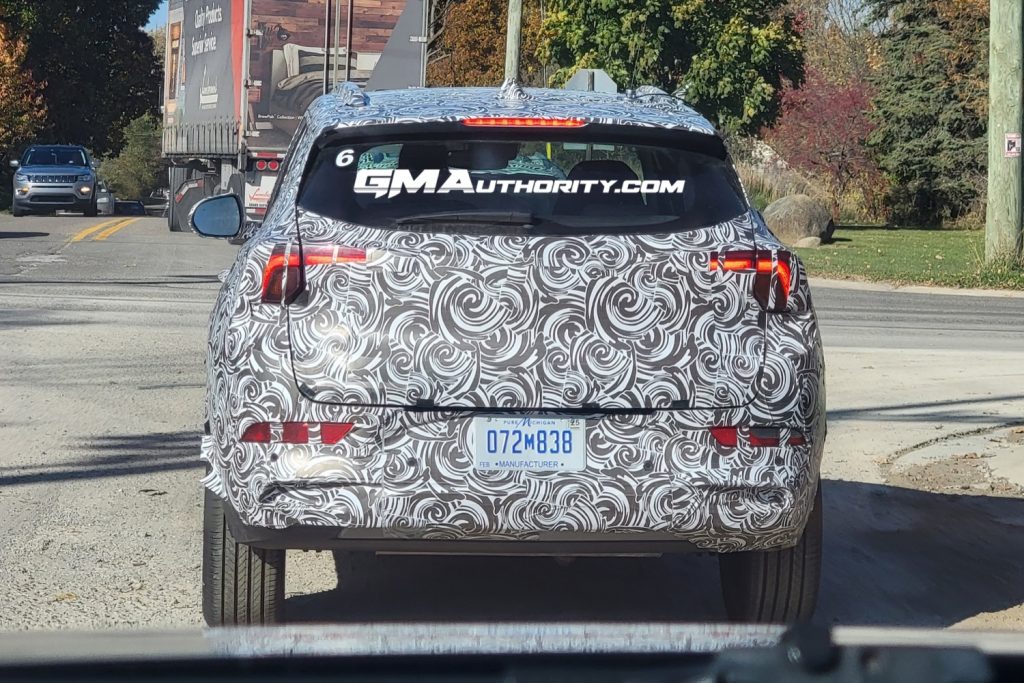 We’ll have plenty more to say about the refreshed 2024 Buick Encore GX in the future, so stay tuned. In the meantime, make sure to subscribe to GM Authority for more Buick Encore news, Buick news, and around-the-clock GM news coverage.