GM is going all-in on EVs, with plans to transition its entire light-duty vehicle portfolio to electric power by 2035. Unsurprisingly, that transition includes the installation of new EV chargers around prominent GM facilities and buildings, such as the GM Renaissance Center in Detroit. With that in mind, it would make sense to limit charging access in front of the GM Ren Cen to strictly GM vehicles, right? 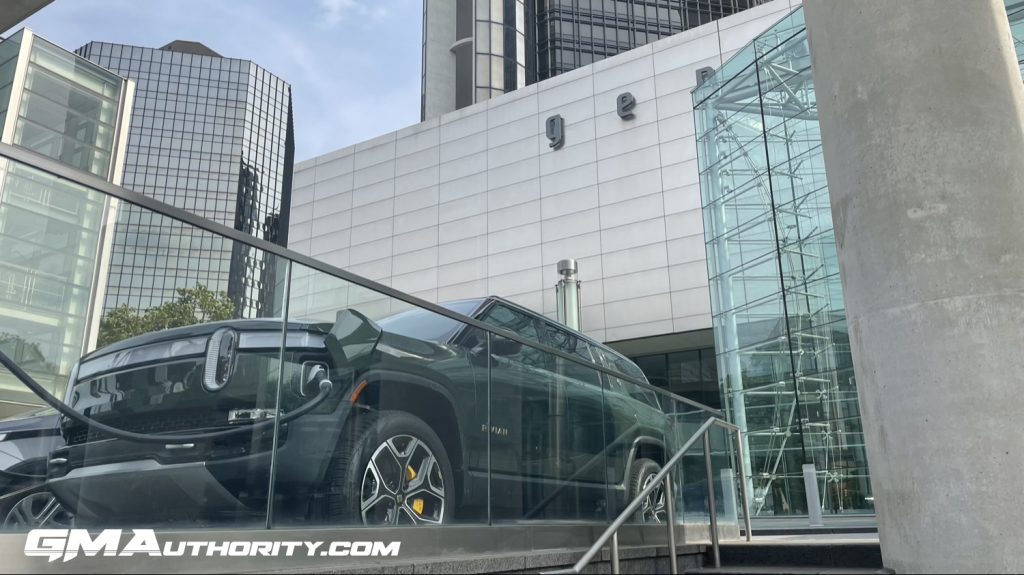 Rivian R1S charging in front of the GM Ren Cen

If you’re confused, here’s a little background. In the very front of the GM Ren Cen in downtown Detroit is a drive-up loop for unloading passengers. The drop-off loop also includes a few charging stalls for EVs, which obviously follows GM’s all-electric ambitions. However, upon a recent visit to the GM Ren Cen, GM Authority didn’t find GM EVs parked in the charging stalls, but rather a Tesla Model Y and Rivian R1S. Interestingly, the Tesla and Rivian also appeared to be personally owned, as they weren’t wearing manufacturer license plates, thus reducing the odds the two rival products were in use as vehicles to benchmark the competition.

Indeed, allowing a pair of non-GM EVs to park and charge in front of the GM Ren Cen is, well, a little odd. After all, the charging stalls are right off a busy street (Jefferson) and highly visible, especially in front of the imposing Renaissance Center, a building which could be considered the “house of GM.”

In addition, most GM facilities (such as plants, offices, parts distribution centers, etc.) have a policy that only allows GM vehicles to  park in front or close to the building, while non-GM vehicles are required to park in back. 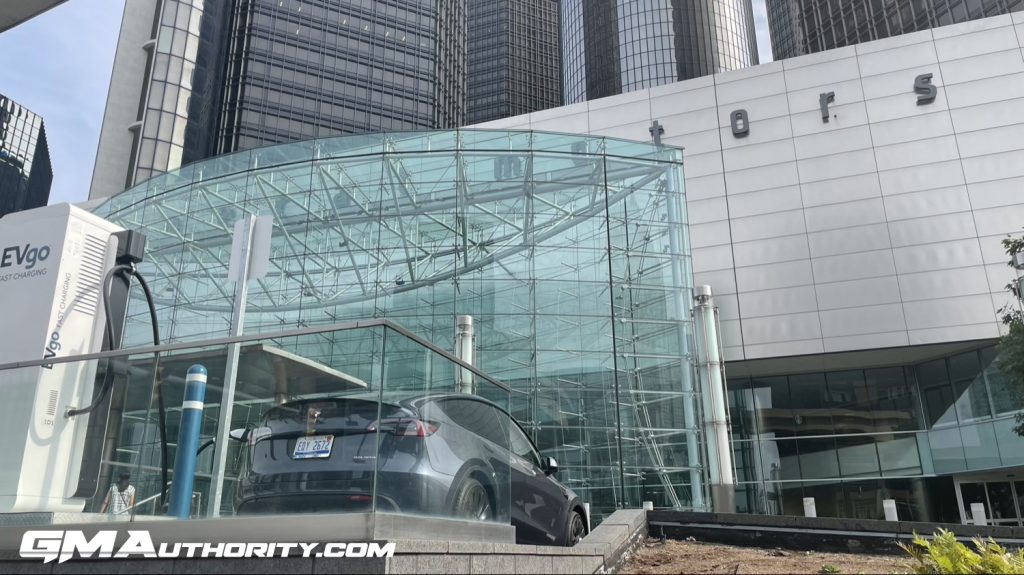 Tesla Model Y in front of the GM Ren Cen

So then, the question becomes this – should GM limit EV charging in front of the GM Ren Cen to only GM vehicles?

Of course, the counterpoint to all this is that the charging stalls are public charging stations, and that anyone with an EV (including non-GM models) can use them. However, we think GM should do something about that, either in terms of building its own chargers, or modifying its contract with the proper municipality and/or charging station provider to ensure that only GM EVs can use such highly visible stalls.

Do you agree? Let us know what you think by voting in the poll above and then voicing your opinion in the comments section below. An be sure to subscribe to GM Authority for more GM business news, GM electric vehicle news, GM technology news, and around-the-clock GM news coverage.