These days, it’s not terribly uncommon to see odd examples of the Corvette C8 up for grabs at auction. This particular C8, however, is special. What we have here is (apparently) a pre-production 2021 Chevy Corvette Stingray C8.R Championship Edition model, and now, it’s for sale. 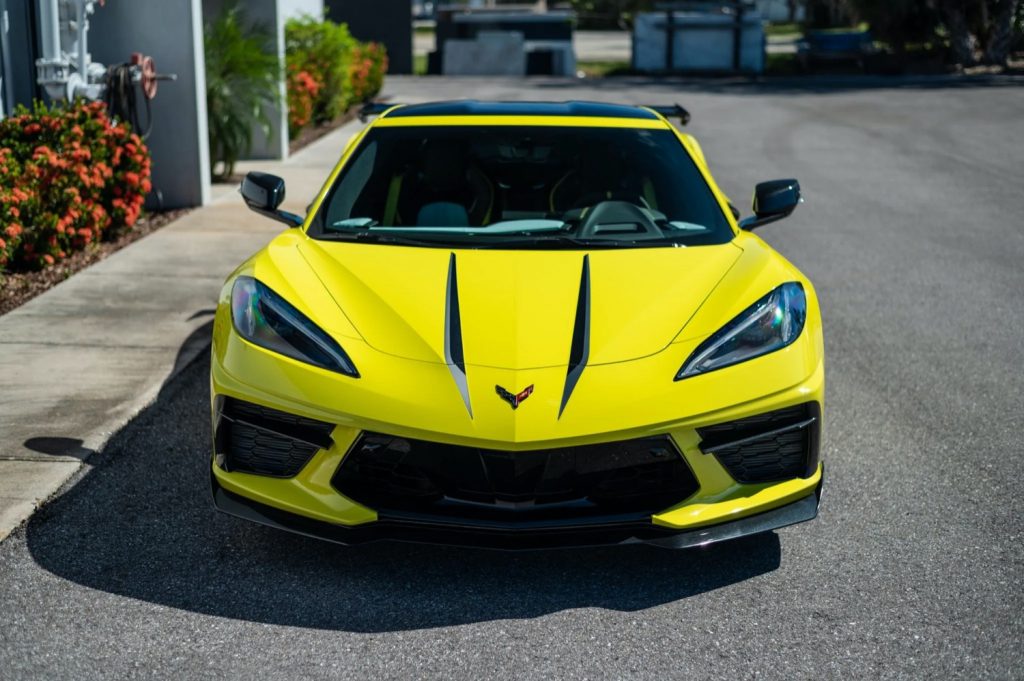 For those readers who may be unaware, GM introduced a new special edition model with the debut of the 2022 Chevy Corvette C8. Dubbed the IMSA GTLM Championship C8.R Edition, the new limited-run model is inspired by the Corvette C8.R’s motorsport success and is equipped with a range of unique styling enhancements.

So then, if GM introduced the the IMSA GTLM Championship C8.R Edition for the 2022 model year, what’s up with this example from 2021? Well, according to the listing, the story goes something like this – the car was purchased earlier this year at the 2022 Barrett-Jackson auction in Las Vegas, selling for $104,500. The car was sold as part of the GM Heritage Collection directly from GM, and didn’t show a dealer on the window sticker. After purchasing the vehicle, the current owner spoke someone from the GM Corvette design team, and requested a duplicate window sticker. 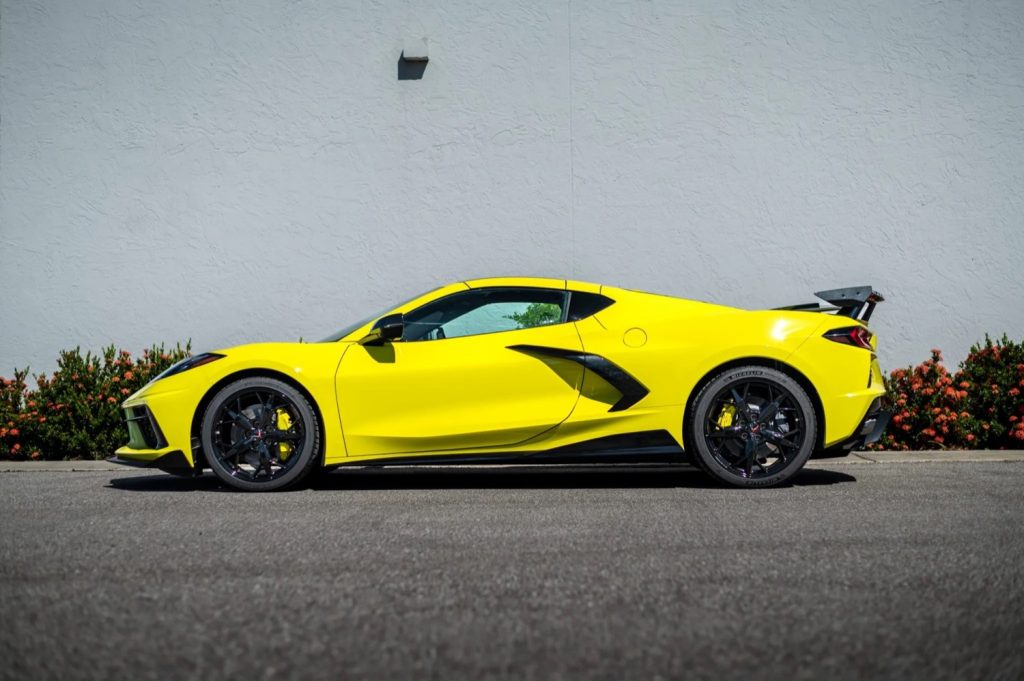 Fast forward a bit. After taking delivery, the new owner noticed tape residue in the outline of dual stripes running down the center of the vehicle, similar to the C8.R. However, the big discovery was inside the cabin, where the owner noticed a “C8.R Edition 01EX” badge mounted between the seats. 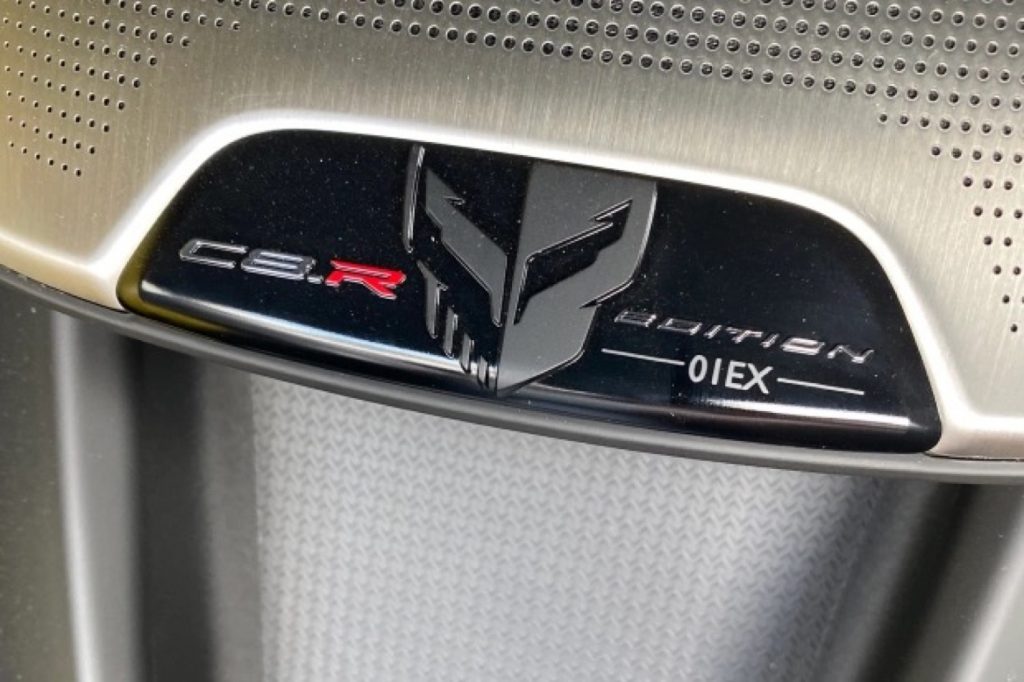 After telling his contact at the GM Corvette design team about the odd badge, the contact immediately sent out a GM tech to “add a few warning stickers,” as the car wasn’t supposed to be sold and on the road.

After discussing with the tech, the current owner discovered that he was in possession of a prototype model that was originally supposed to be stripped and crushed, not sold. The tech was there to remove some important GM software, as well as make the vehicle compliant with appropriate warning labels and similar updates. 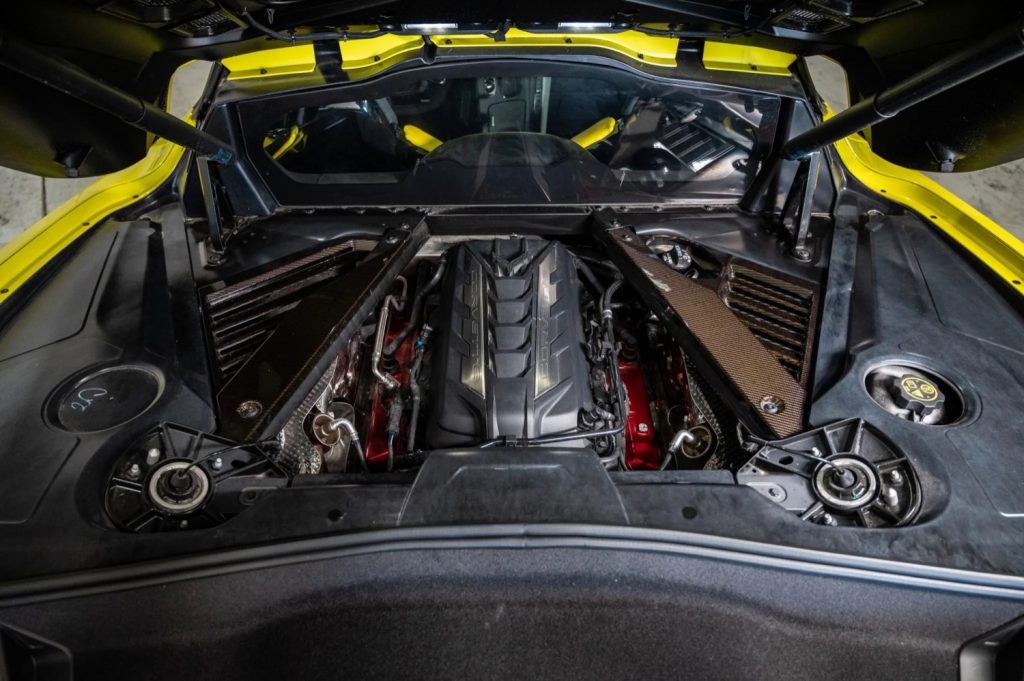 Now, this unique one-of-one 2021 Corvette C8.R Championship Edition prototype model is up for grabs in a new online auction at Bring A Trailer. The current highest bid of nine placed so far rests at $88,610, with five days left in the auction.