The “LS-swap all the things” meme is particularly relevant in drifting, where the V8’s meaty torque curve and bulletproof reliability have proven invaluable to countless teams and competitors. Now, we’re watching as two LS-powered drift machines go head-to-head in a drag race between an LS7-powered Chevy Camaro and turbo LS-swapped Nissan 240SX with the following video.

Once again coming to us from the folks at Hoonigan, it’s a “This vs. That” showdown that demonstrates the impressive capabilities of the LS engine in dramatic, tire-spinning fashion. The matchup is a good one, too, with both cars showing some close-matched straight-line speed, despite their respective slideways setups. 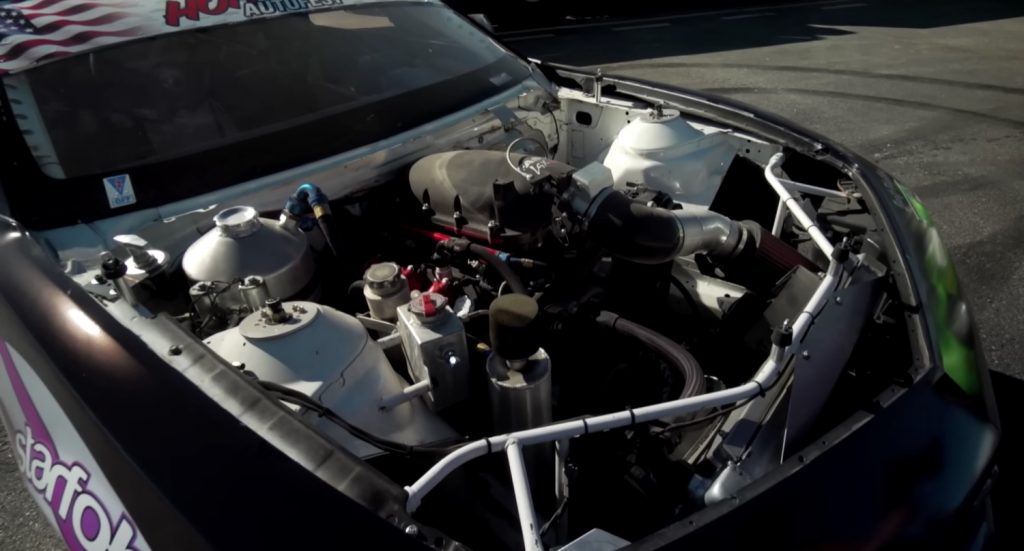 Let’s dig into the specs, starting with the 2010 Chevy Camaro. Originally built for competition in the Formula Drift Championship, this Chevy Camaro is propelled by a fully built LS7 V8, which is now laying down 600 naturally aspirated horsepower – a sizable sum considering this stripped-down race car weighs only 2,640 pounds. Output reaches the rear wheels by way of GSR G-Force four-speed manual dog box transmission, feeding a Winters differential.

Clearly, this thing is ready to party, but what about the competition? In the other lane, we have a 1990 Nissan 240SX, which swaps the factory four-banger in favor of an LQ9 stroked out to 6.7 liters. The eight-cylinder is also stuffed with boost thanks to a 75mm Garrett turbocharger, bringing peak output to 720 horsepower at the rear wheels. Like its Chevy Camaro rival, this Nissan drift machine is also running a four-speed manual dog box transmission. Weight, however, favors the Camaro, with the Nissan tipping the scales at 3,080 pounds. 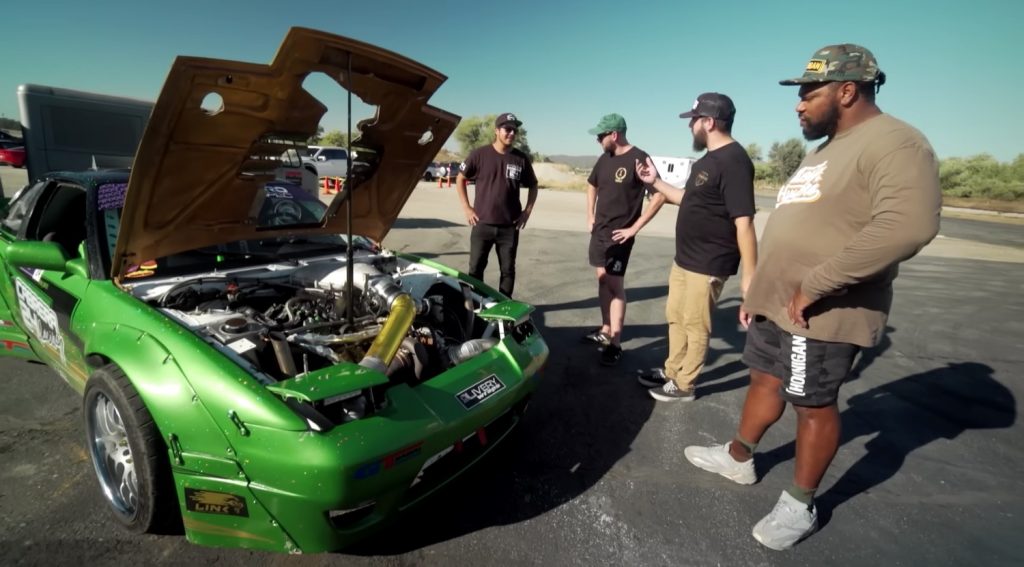 Both of these racing machines are stupendously quick, no doubt about it, with the power and weight differences possibly canceling one another out. The real test, however, is how these drifters put the power to the ground. After all, no-prep surfaces are not too kind to high-horsepower machines like these. Check out the video below to see what happens: