Building a pickup that can hang with high-end sports cars is no simple task, but this Chevy C10 manages to do exactly that, as seen in the following feature video.

Once again coming to us from the folks at AutotopiaLA, the video clocks in at a little over 11 minutes long, and includes both a walkaround and specs, as well as some behind-the-wheel driving action to see how this thing gets down on the street. 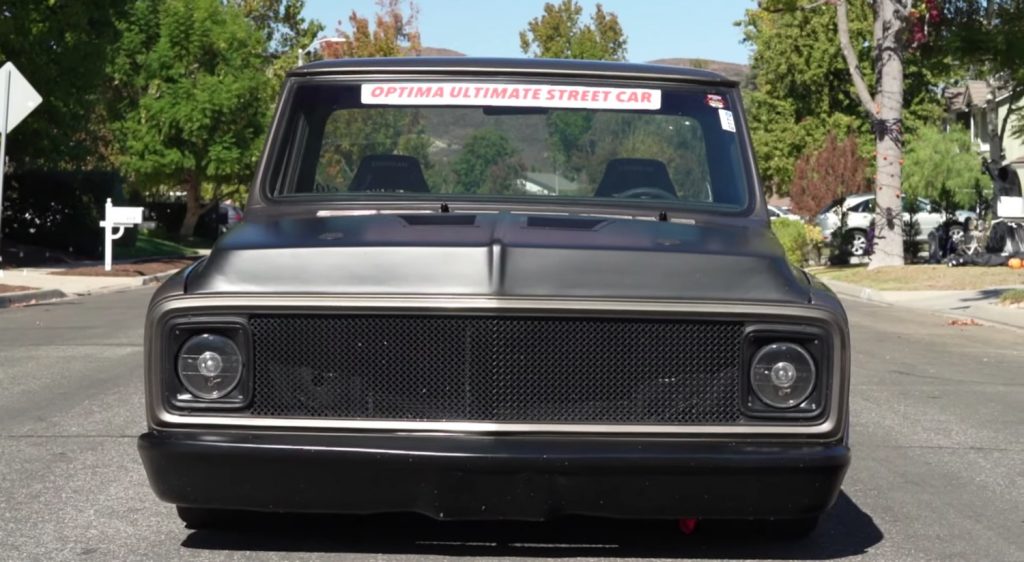 According to the video, this 1972 Chevy C10 has been a project car for more than two decades, originally getting the low-and-slow setup with airbag suspension. Now, however, this pickup is ready to carve some cones on the autocross circuit at events like the Optima Ultimate Street Car event.

Naturally, an undertaking like that would call for some substantial changes under the skin. Although the truck is still running the stock frame, the front was upgraded with components from Flat Out Engineering, replacing the factory truck suspension with a variety of Chevy Corvette bits and pieces, such as C4 control arms and C5 brakes. The truck’s frame rails were also boxed and a new independent rear suspension setup was added in back. Coilovers are used at all four corners.

So this thing can stick, that much is obvious. But what about power? Under the hood, this 1972 Chevy C10 is now motivated by a new LS3 V8 engine, which was upgraded with a few select parts, including a new cam. The engine was also mounted as far back as possible, with the new mounting position now 10 inches back compared to the original mounting location. Output is rated at 570 horsepower and 500 pound-feet of torque at the tires, a substantial quantity considering the application. Vehicle weight is estimated at 3,300 pounds. All of the go is sent rearwards by way of a six-speed Tremec 6060 manual transmission. Wheel sizing is set at 18 inches by 12 inches front and rear, with a square tire setup.

The interior is sparse, but functional, with new gauges and a working stereo system. However, beyond the basics comforts, this Chevy C10 is meant to be driven hard, as demonstrated in the latter half of the video when it’s taken out for a quick blast on the street.

Check out the full video here: