The holidays can be a pretty awful time to be on the road. Heavy traffic, demanding schedules, slippery conditions, distracting kids in the back seat, intoxicated drivers – all factors that contribute to the general chaos that is holiday travel. However, even with all these issues, it’s important not to let the frustration get to you, as was the case for the impatient driver behind the wheel of the GMC Sierra featured in this brief video. 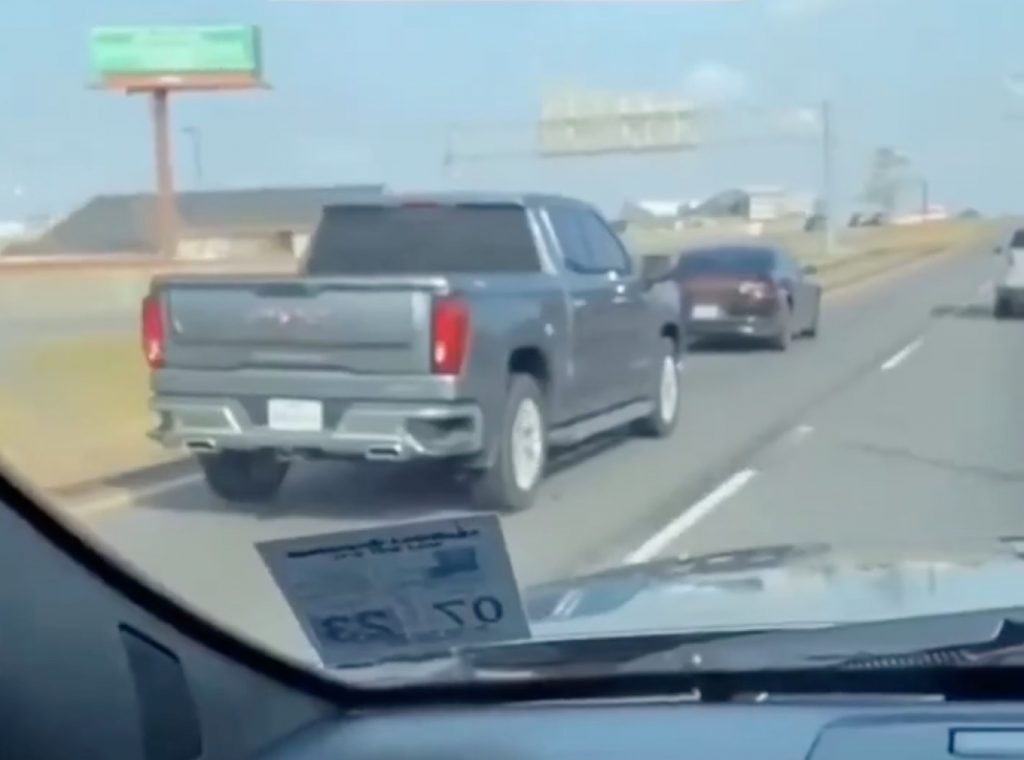 The video was recently posted to social media, and is only a few seconds long, opening with a GMC Sierra closely tailgating another motorist in the left lane. The conditions look to be pretty much ideal, with blue skies and plenty of visibility. Traffic also appears to be somewhat minimal, with very few vehicles on the road.

The video is shot from another motorist behind a trio of cars. The GMC Sierra driver is tailgating the car in the fast lane, but another motorist is in the right lane, preventing the GMC Sierra from passing. As we can see from the dash of the camera car, the vehicles are traveling around 60 mph. However, the driver in the pickup truck obviously wants to go faster, but rather than wait for a break between the two cars ahead of the pickup, the impatient driver instead elects to quickly juke over to the right-hand side of the two-lane highway in an attempt to pass on the shoulder. 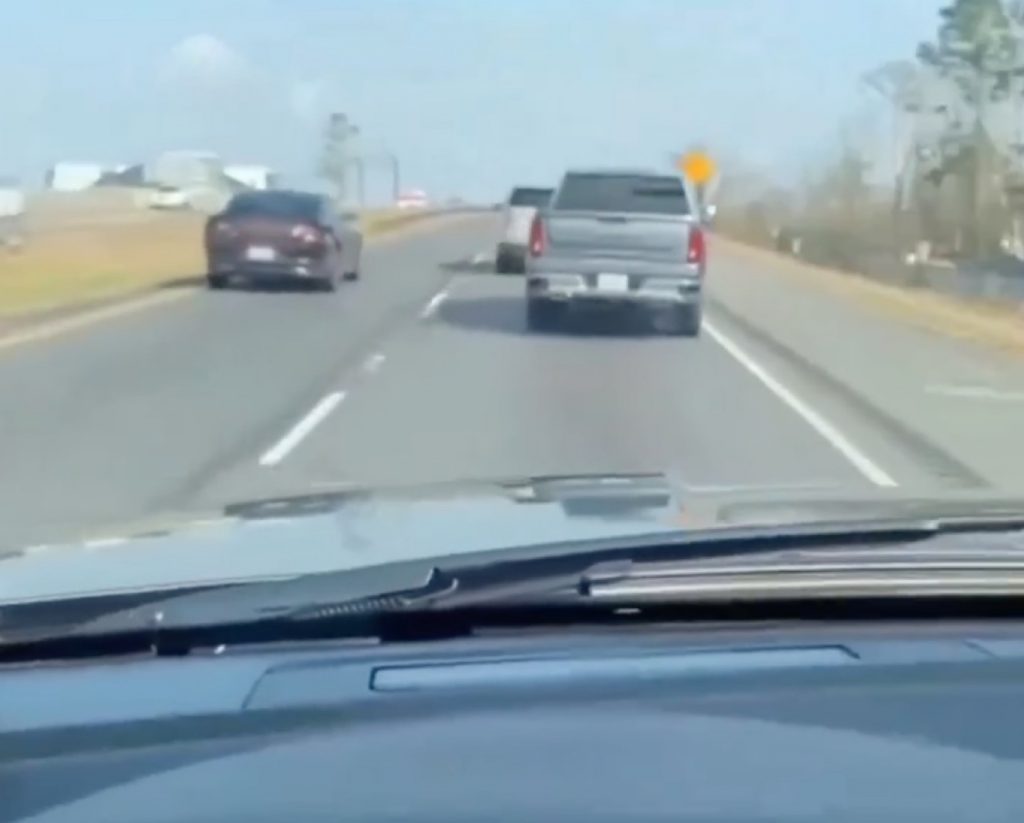 Obviously, this isn’t a very smart move, but the driver in the GMC Sierra thinks they can get away with it. Unfortunately, they couldn’t be more wrong. After diving onto the shoulder, we see the GMC Sierra driver quickly attempt to move back into the lane. However, it doesn’t quite work out, and the pickup collides with the guardrail and ricochets into the adjacent motorist.

It’s unclear what happened to the GMC Sierra driver as a result of this little maneuver, but the truck looks like it suffered some pretty extensive damage, with bits of the body flying up in the air and the pickup leaning to one side, suggesting the suspension was torn up as a result of the collision.

Watch the video for yourself right here: