It appears as though General Motors recently conducted a clinic to compare the Cadillac CT5 luxury sedan against the all-electric Tesla Model 3. 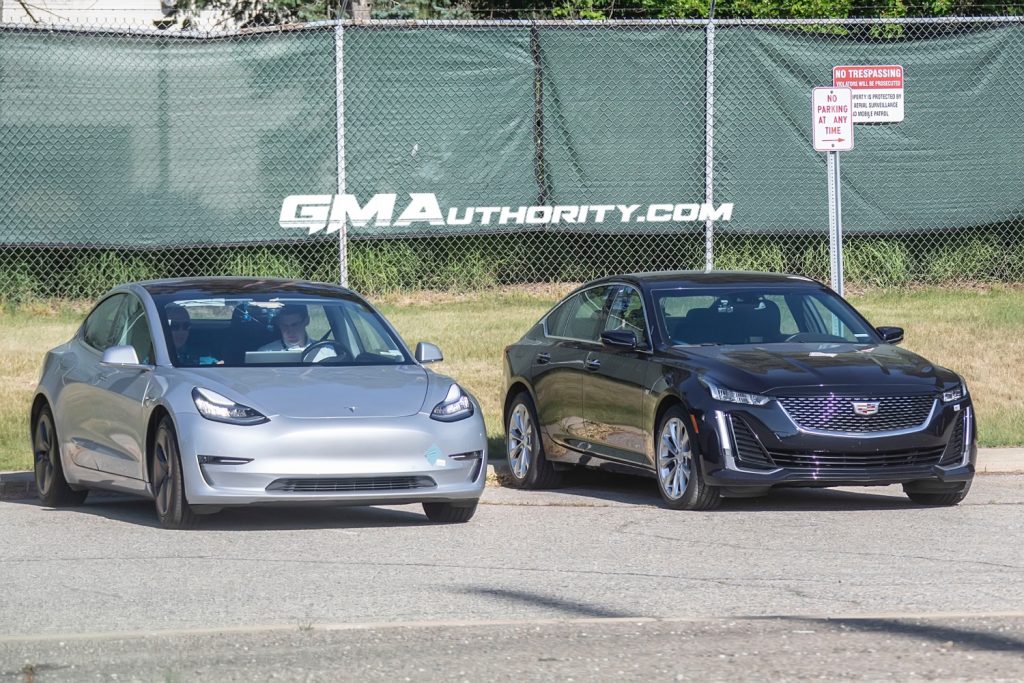 As captured in a series of images by our eagle-eyed spy photographers, a Cadillac CT5 Premium Luxury 550T AWD was seen around the front parking lot of the GM Proving Ground in Milford, Michigan, where it was parked next to a Tesla Model 3. The two sedans were seen behind a series of orange cones, one of which had a large sign reading “Reserved For Research Participants.” 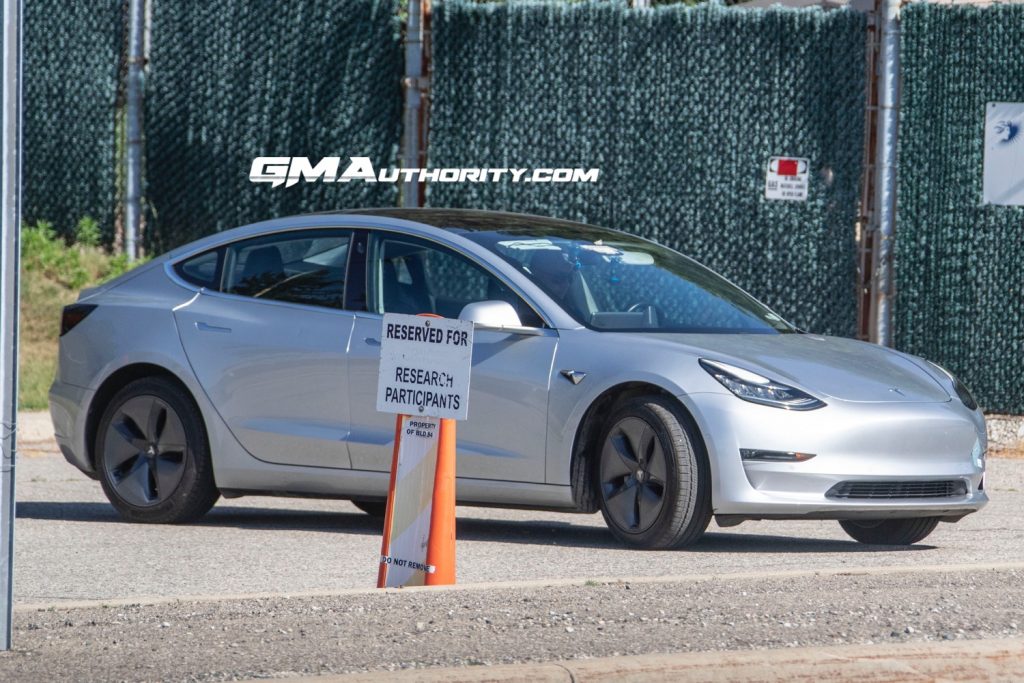 Judging by the evidence, it looks as though GM was conducting some research to see how the Cadillac CT5 compared to the Tesla Model 3. However, unlike benchmarking, which focuses on the quantitative aspects of a vehicle, such as data and specs, clinics focus more on qualitative feedback, such as the vehicle design, how spacious it feels in the cabin, how it feels to accelerate, how it feels to take a corner, and the like.

To note, the Cadillac CT5 Premium Luxury 550T AWD is equipped with the twin-turbocharged 3.0L V6 LGY gasoline engine, which is rated at 335 horsepower and 405 pound-feet of torque. Output is directed through the GM 10-speed automatic transmission. 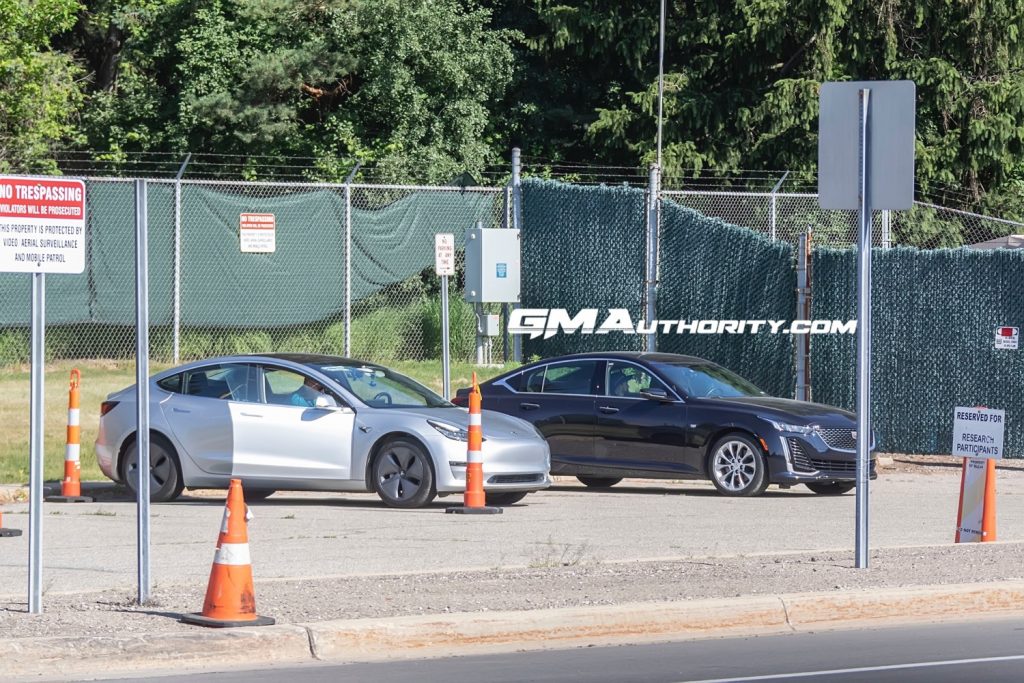 So then, the question becomes this – what was GM doing comparing the ICE-powered Cadillac CT5 against the all-electric Model 3? Well, as GM Authority was the first to report, Cadillac will offer new sedan models in the EV space, with two all-electric Cadillac sedan models (not including the ultra-premium Cadillac Celestiq) set to arrive around 2026.

It’s also worth noting that GM has been quite busy benchmarking a variety of different EV sedan models as of late, with recent GM Authority coverage highlighting benchmark testing for the BMW i4 Gran Coupe, the Porsche Taycan, and the Tesla Model 3 Dual Motor as well.

We’ll keep an eye on this story to see how it develops, so stay tuned. In the meantime, make sure to subscribe to GM Authority for more GM competition news, Cadillac CT5 news, Cadillac news, GM electric vehicle news, and around-the-clock GM news coverage.