The Chevy Bolt EV is a great choice for anyone looking for an all-electric solution to get around town both quickly and easily. Now, Domino’s is getting in on the action with plans to add 800 new Chevy Bolt EVs to its delivery fleet. 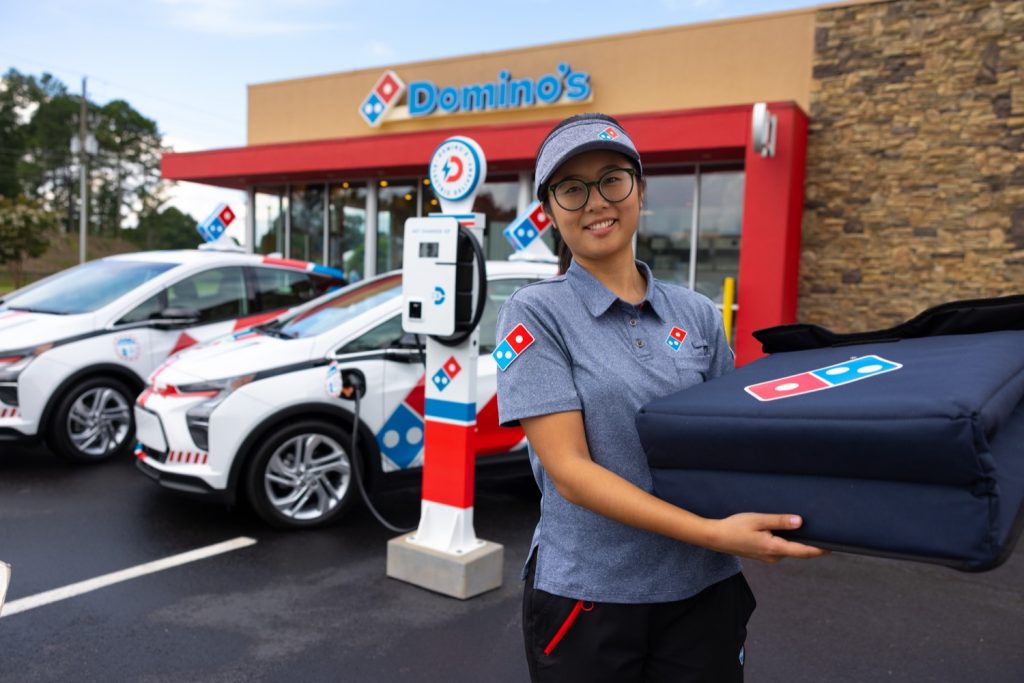 According to Domino’s, 100 examples of the Chevy Bolt EV are arriving at select franchise and corporate stores throughout the U.S. this month, while an additional 700 units are set to arrive in the next few months. When the new Chevy Bolt EV units arrive, Domino’s boasts it will have the largest all-electric pizza delivery fleet in the U.S.

The new fleet of Chevy Bolt EVs aligns with Domino’s goal of reaching net-zero carbon emissions by 2050, with the Chevy models offering enough range-per-charge for “days” of deliveries, as well as a suite of safety technology features, lower average maintenance costs, and no financial impact from elevated gas prices. The new fleet will also attract new customers who don’t own a car. Domino’s presently employs a fleet of all-electric bikes and scooters in 24 international markets, as well as the U.S. 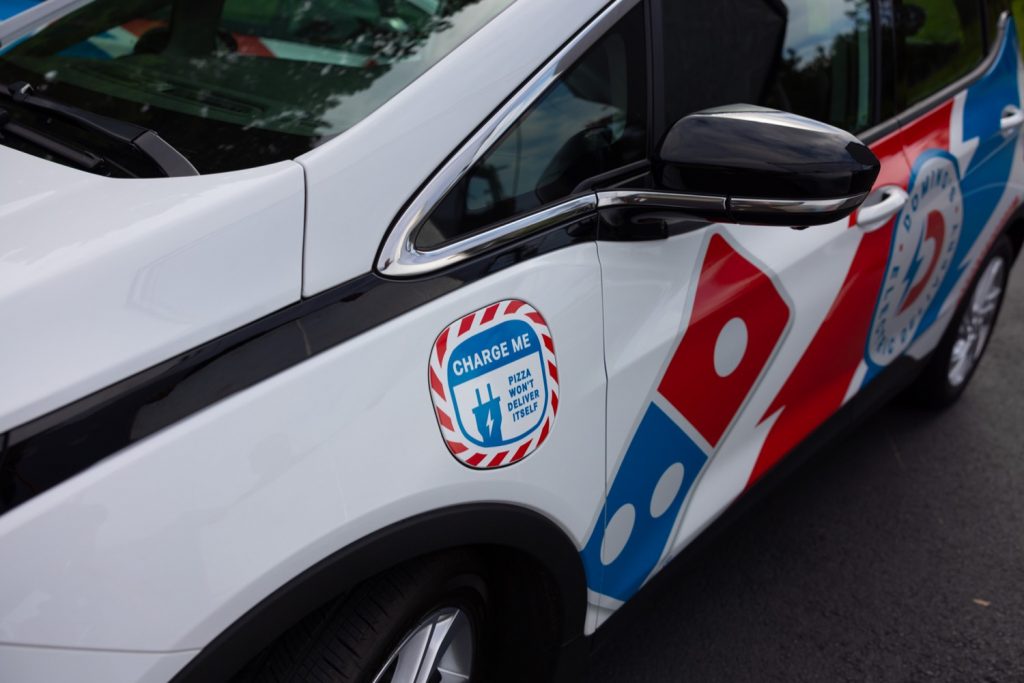 “We’re excited that Domino’s has chosen the Chevrolet Bolt EV to build their electric pizza delivery fleet in the U.S.,” said vice president of GM Fleet, Ed Peper. “With an affordable price, fun driving characteristics, and a 259-mile range, the Chevy Bolt EV is the future of Domino’s electrified deliveries.” 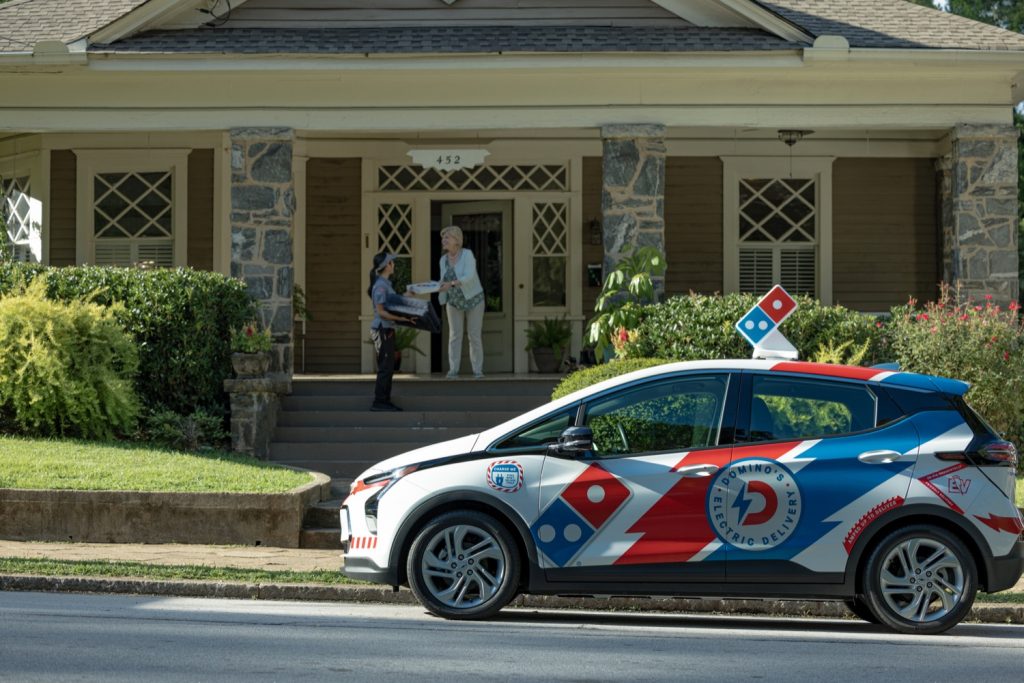