Corvette Racing finished the 2022 World Endurance Championship (WEC) season on a high note, placing second in the GTE Pro class in the 8 Hours of Bahrain.

Piloted by Tommy Milner and Nick Tandy, the No. 64 Chevrolet Corvette C8.R started fifth in its class when the green flag dropped, having posted disappointing results in qualifying and practice. However, early in the race, Milner elected to go a lap longer than other competitors in the GTE Pro class before pitting, gaining over 30 seconds on the race cars behind him.

After successfully commanding second place, Milner handed the Corvette Racing machine over to Tandy, who maintained the position before Milner reassumed control. When Tandy stepped behind the wheel once again with two and a half hours remaining, all he had to do was hang on to the position. He did exactly that, ending Corvette Racing’s season – and his stint with the team – with a strong run. The only team to outpace them in the GTE Pro class was the No. 52 Ferrari 488 GTE EVO of Miguel Molina and Antonio Fuoco.

Tandy will run with a new team beginning in 2023, stepping away from Corvette Racing to pursue other opportunities. He described Bahrain as an “emotional” experience. “Honestly it’s sad to talk about summing up the end of what’s happened the last two years,” Tandy said. “I’ve been lucky enough to be part of this team, which is something not a lot of drivers can say. I’ve been lucky to race this awesome race car in the two best sports car championships in the world. Not many people get to be in my position, so I feel very fortunate for that. 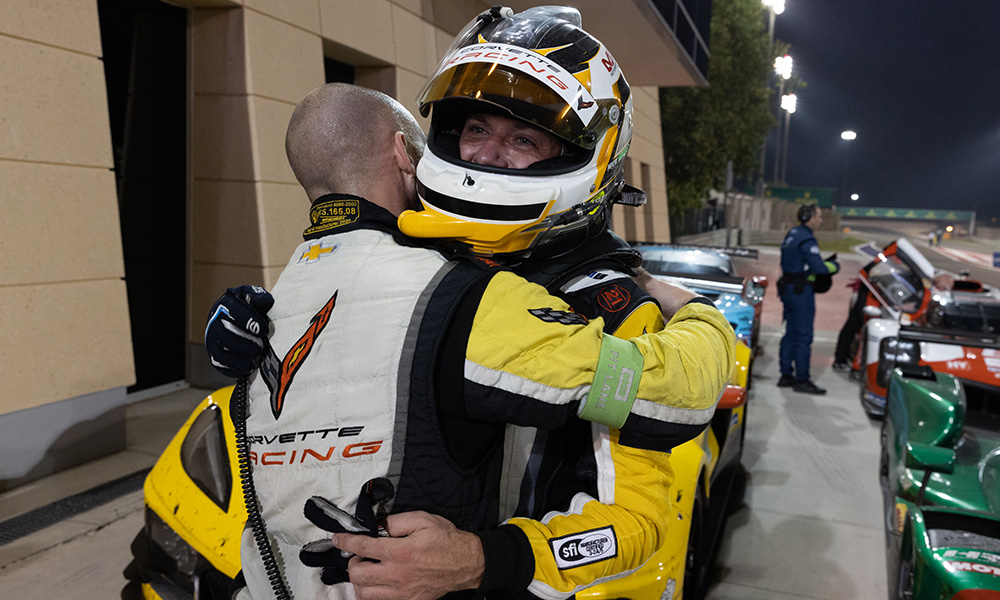 However, Tandy says he won’t rule out returning to a GM-backed team at some point. “It’s farewell but maybe not goodbye,” he said. “We never know what the future holds.”

Nick Catsburg and Ben Keating will take control of the GTE Am Corvette for the 2023 WEC season, which begins on March 17th, 2023 at Sebring.