GM’s switch to an all-electric portfolio brings with it several notable benefits, not the least of which is a considerable reduction in vehicle complexity with regard to the average number of driveline parts. In fact, according to Executive Vice President of Global Product Development Doug Parks, the Chevy Silverado EV driveline uses on average 45 percent fewer part numbers than the driveline of an equivalent ICE-powered Chevy Silverado. 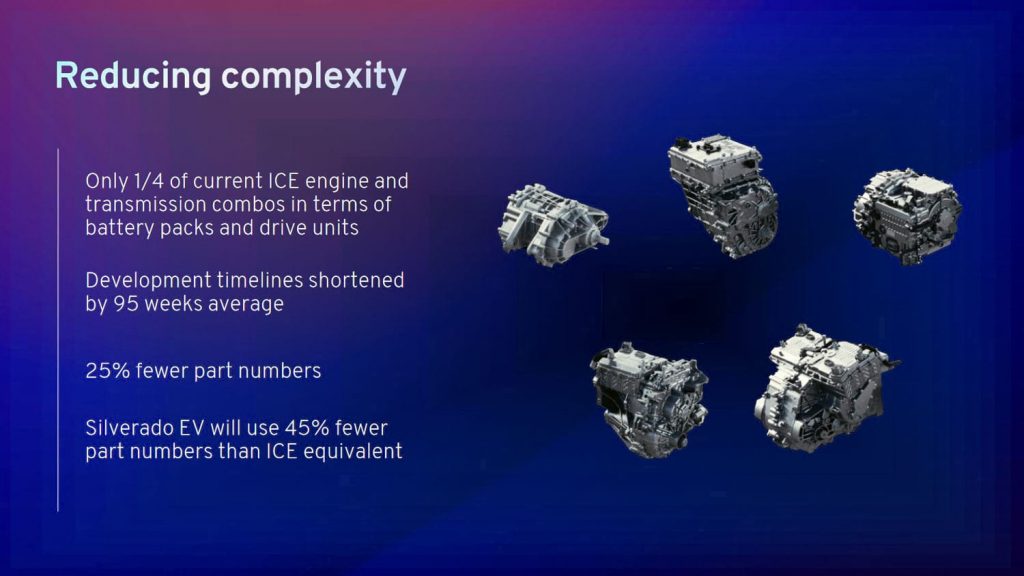 During the recent GM Investor Day event held November 17th, Parks addressed how GM’s Ultium battery technology and Ultium drive motor technology help to reduce complexity and costs for the automaker. According to Parks, GM electric vehicles use a fraction of the parts required for its ICE portfolio. “Even when we have multiple Ultium-based variants in North America by mid-decade, this reduced complexity will allow us to use a quarter of the battery pack and drive unit combinations compared to ICE.” With regard to the Chevy Silverado EV specifically, the new all-electric pickup uses 45 percent fewer driveline part numbers than an equivalent ICE-powered Chevy Silverado.

As a result of this rather significant reduction in complexity, models like the Chevy Silverado EV can represent big savings for GM, including engineering costs, development costs, production costs, maintenance costs, and more. For example, electric vehicle development times are cut significantly compared to ICE vehicles, with an average reduction of 95 weeks of development time per vehicle, using 25 percent fewer part numbers.

“Can you imagine 45 percent less parts to design, validate, tool, build? This complexity reduction is important as it reduces our costs significantly,” Parks told investors during a presentation. 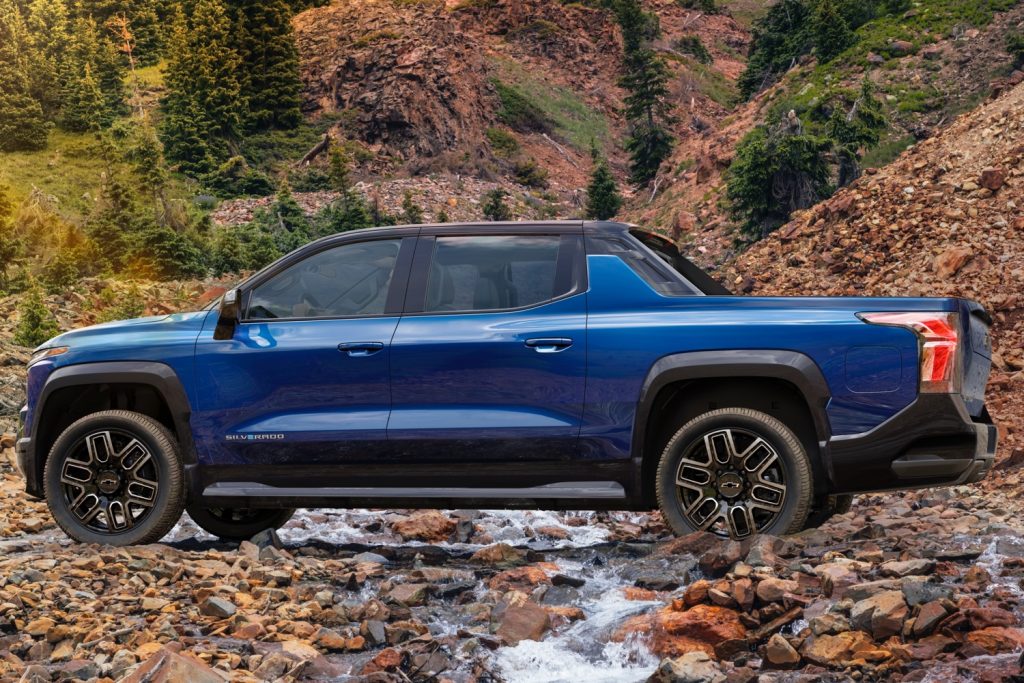 No doubt this reduction in complexity helped in bringing the new BrightDrop Zevo 600 all-electric commercial delivery van to market. As GM Authority covered previously, the BrightDrop Zevo 600 is the fastest-built vehicle in General Motors’ history with regard to development from concept to commercialization, taking a mere 20 months to get to market. The EV600 incorporates GM’s Ultium platform and was developed using the same virtual processes implemented with the new GMC Hummer EV.