One of the most important things prospective buyers have in mind when looking into buying a car is how safe the vehicle is. For customers in the market for a safe EV have to look no further, as the Chevy Bolt EUV has received top marks from the National Highway Traffic Safety Administration (NHTSA). 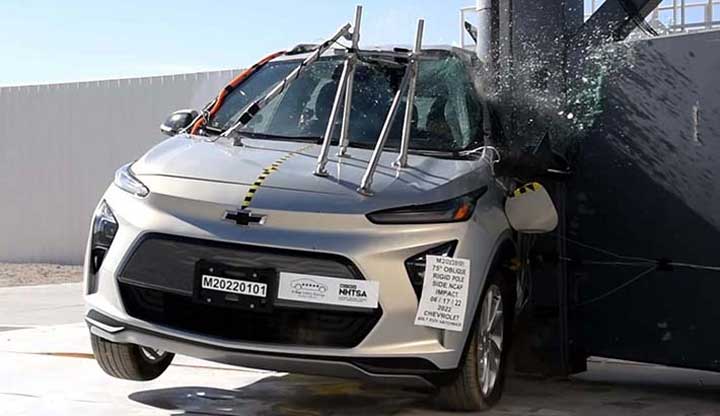 As a quick refresher, the NHTSA announced last fall that it would be conducting crash tests of several GM vehicles, including the 2022 Chevy Bolt EUV. And now, the results were recently posted on the administration’s website.

The Chevy Bolt EUV was awarded a fiive-star rating in almost every test, which includes Front, Side Barrier and Side Pole tests. The Bolt EUV got a four-star rating in rollover tests. This lead to a five-star Overall Safety Rating, the highest score awarded by the NHTSA. 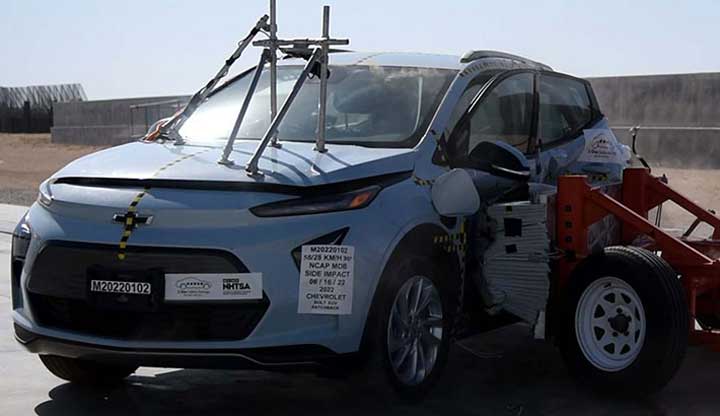 It’s worth noting that the 2023 Chevy Bolt EUV garnered the same ratings as the 2022 model. Meanwhile, test results of the 2022 and 2023 Chevy Bolt EV have not yet been published, and thus the crossover hasn’t received a safety rating. 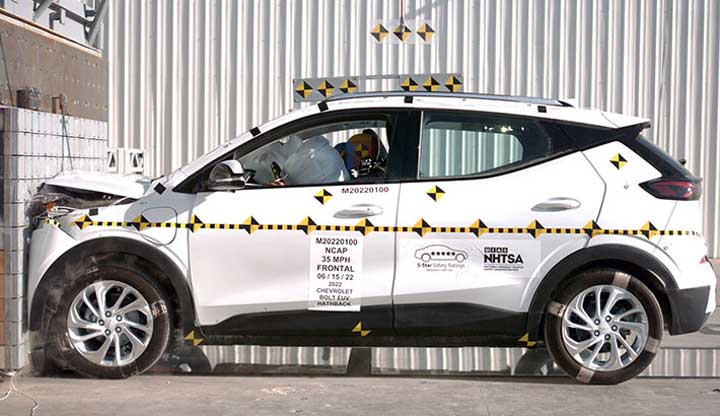 As a reminder, the Chevy Bolt EUV rides on the GM BEV2 platform and utilizes a single electric motor, which produces 200 horsepower and 266 pound-feet of torque driving the front wheels. A 65 kWh lithium-ion battery provides 247 miles of range on a single charge. The closely related Chevy Bolt EV uses the same underpinnings and technology, but range sits slightly higher at 259 miles due to its slightly smaller size and lower weight.

Production of the 2023 Chevy Bolt EV and Bolt EUV began on July 21st, 2022 at the GM Orion Assembly plant in Michigan.