The Cadillac CTS-V is one very hot ride, throwing down with a supercharged powerplant and oodles of V8 horsepower. Unfortunately, this particular example offers a different interpretation of the term “burnout,” as seen in the following brief social media video.

Clocking in at less than 30 seconds, the video shows a Cadillac CTS-V performance sedan at what appears to be a car meet, with several onlookers lining the streets. We see several pairs of tire marks on the road, suggesting that some of the participants have been showing off with burnouts. 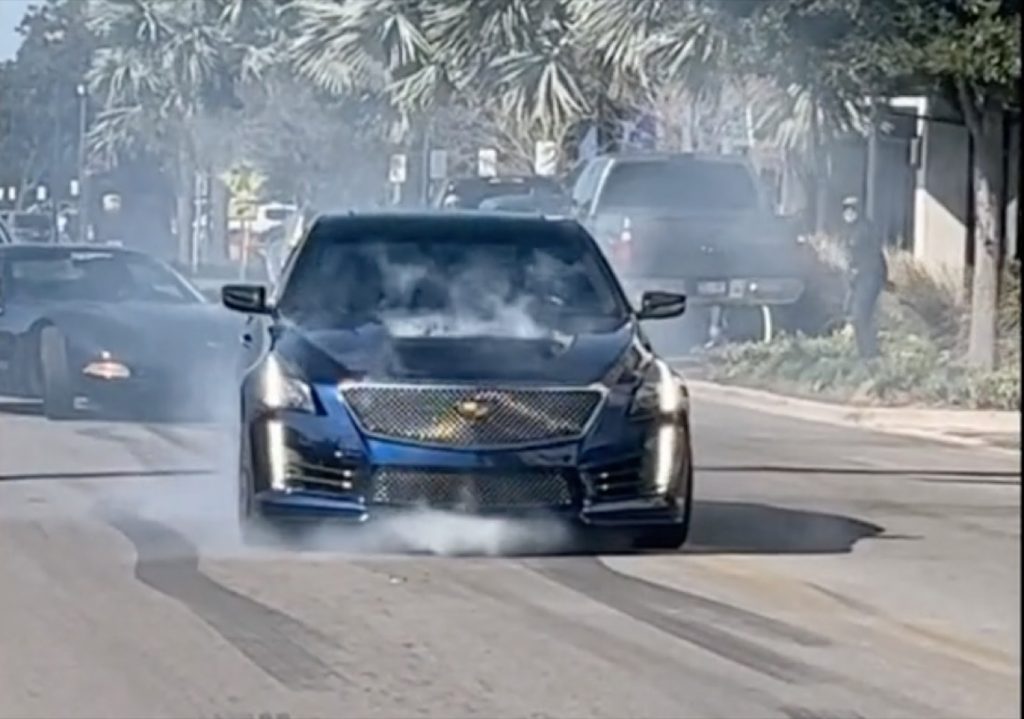 The driver behind the wheel of this Cadillac CTS-V looks eager to get in on the action, revving the V8 to the stratosphere in an attempt to liquefy the rear rubber. A large cloud of white smoke can be seen rising from the rear end – but that’s when things go wrong.

As the driver leans into a throttle, a large explosion can be heard, causing several in the crowd to react with audible “oohs!” Suddenly, more smoke can be seen underneath and above the hood.

“He blew it up!” the cameraman says. 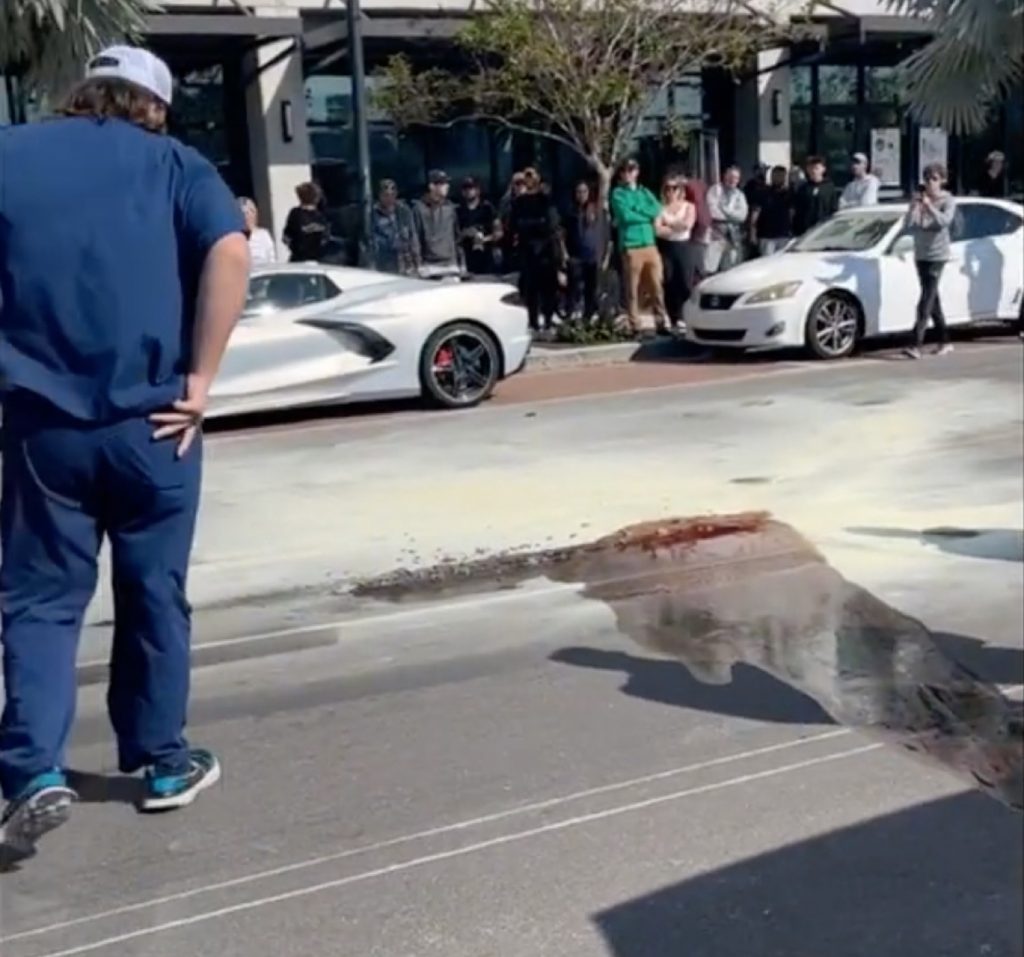 Indeed. The poor Cadillac CTS-V is seen engulfed in white smoke, and clearly, the sedan is in pretty bad shape. The video next cuts to a few moments afterwards, where we see a large pool of red liquid on the pavement next to a scattering of metal fragments. Onlookers are seen pushing the Cadillac CTS-V as more smoke emanates from the hood.

We next see firefighters smashing the windshield around the firewall. The whole car looks like it’s toast. Check out the full video right here:

As a reminder, the third-generation Cadillac CTS-V is equipped with the supercharged 6.2L V8 LT4 gasoline engine, which is rated at 640 horsepower and 630 pound-feet of torque. It’s a sweetheart of a motor – assuming, of course, you don’t grenade it by doing something silly.