The Cadillac CT5-V Blackwing is the fastest and most track-capable vehicle the luxury marque has ever manufactured, boasting horsepower and torque figures that would make most supercars blush while also delivering exceptional Cadillac luxury. Since its inception, the CT5-V Blackwing has been proving its mettle by breaking records and expectations around the world. Now, the Caddy is officially the fastest production sedan on the Dubai Autodrome GP Circuit. 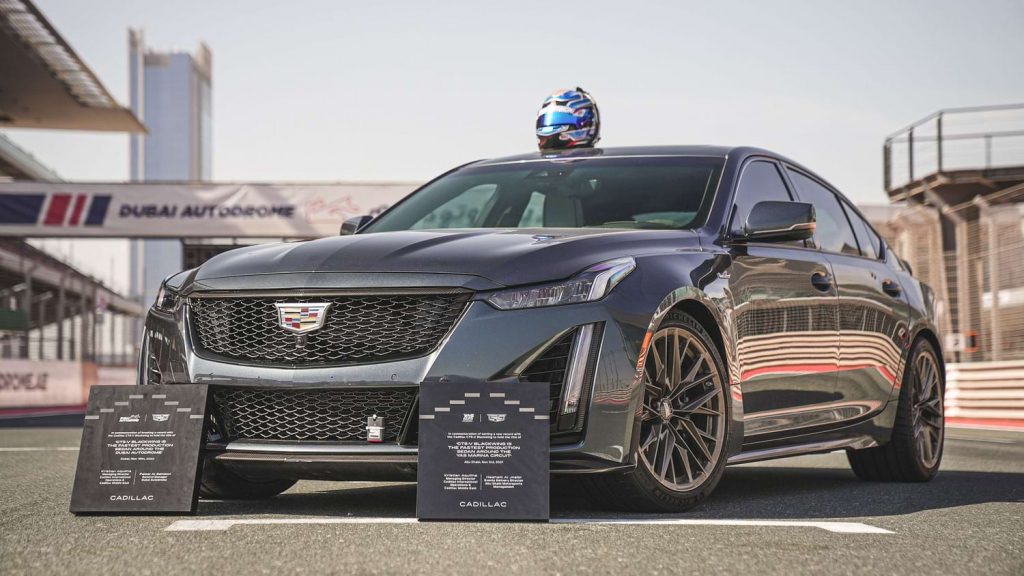 Lapping the Autodrome circuit in 2:17.653 minutes, Cadillac’s sedan beat the previous record by more than a second.

“Performance has always been part of Cadillac’s DNA, and this is perfectly personified in the CT5-V Blackwing,” said Kristian Aquilina, Managing Director of Cadillac International Operations and Cadillac Middle East. “Cadillac’s fastest-ever car arrived in the region with a big splash and quickly claimed its territory on some of the world’s most renowned tracks, its natural habitat.” 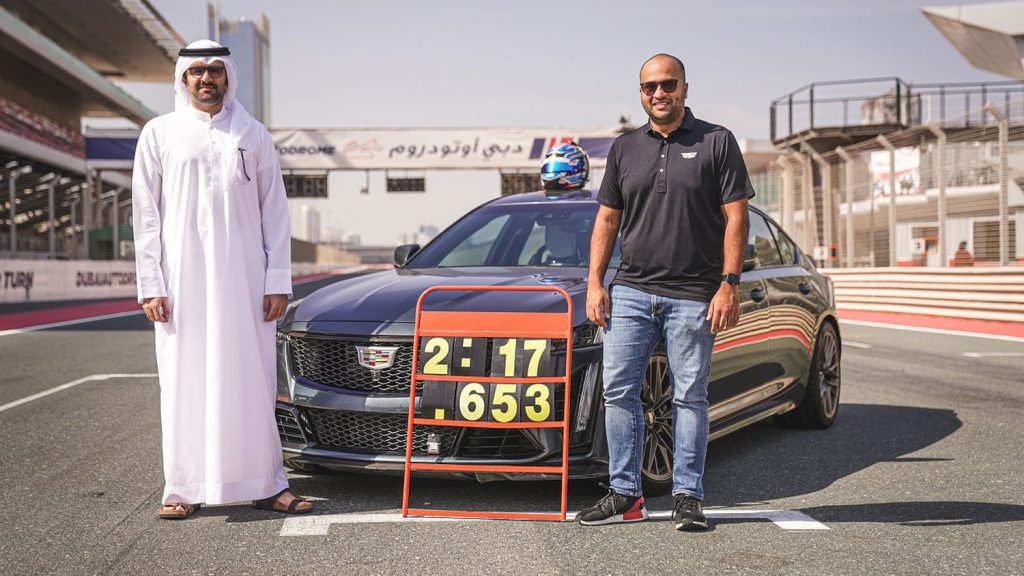 Cadillac commended several features of the CT5-V Blackwing for its success on the racetrack. These include the supercharged 6.2L LT4 V8 gasoline engine, the aero package, the electronic limited-slip rear differential (eLSD), the fourth generation Magnetic Ride Control, and the Michelin Pilot Sport 4S tires.

This achievement fall on the heels of another lap record the Cadillac CT5-V Blackwing set last year. As reported by GM Authority, the Caddy was able to lap the Yas Marina Circuit in Abu Dhabi in 2:20.97 minutes, setting the record for production four-door sedans.

The Cadillac CT5-V Blackwing is powered by the aforementioned LT4 engine, which produces 668 horsepower and 659 pound-feet of torque, and exclusively powers the rear wheels. For structure, the luxury four-door super sedan rides on the GM Alpha 2 platform, which it shares with the Cadillac CT4 lineup.

Production takes place at the GM Lansing Grand River plant in Michigan alongside the standard Cadillac CT5 and Cadillac CT5-V, in addition to the Cadillac CT4 and CT4-V, Cadillac CT4-V Blackwing and Chevy Camaro muscle car.