In the late 1950s, Bill Mitchell succeeded Harley J. Earl as the President of Styling at General Motors. One of Mitchell’s first projects was creating a new personal luxury coupe to compete with Ford’s Thunderbird. The Buick Riviera was initially intended to be a Cadillac model, but Cadillac already had a personal luxury coupe, the Eldorado. 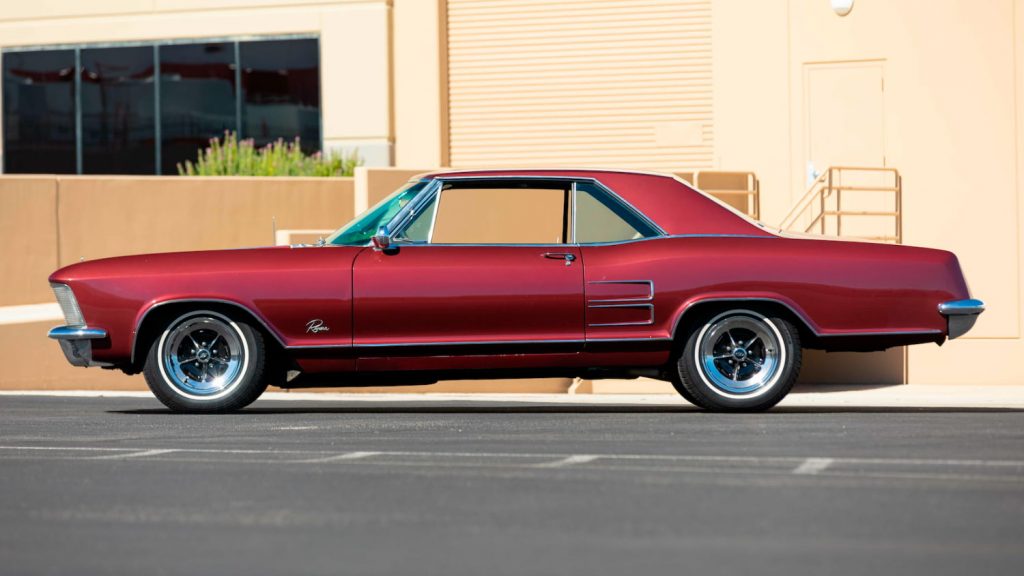 The Buick Riviera was introduced in October of 1962 for the 1963 model year. The Riviera name was taken from the Italian word for coastline. The name Riviera had previously been used as a trim level on the Buick Roadmaster in the 1950s. The new Buick Riviera was 17 feet long and rode on a modified Buick Electra frame. Great attention was paid to the new car’s fit and finish, so much so that the doors were made to be hung and the windows adjusted before the outer door skins were installed to allow for proper fitment. To emphasize exclusivity, Riviera production was limited to 40,000 units annually. 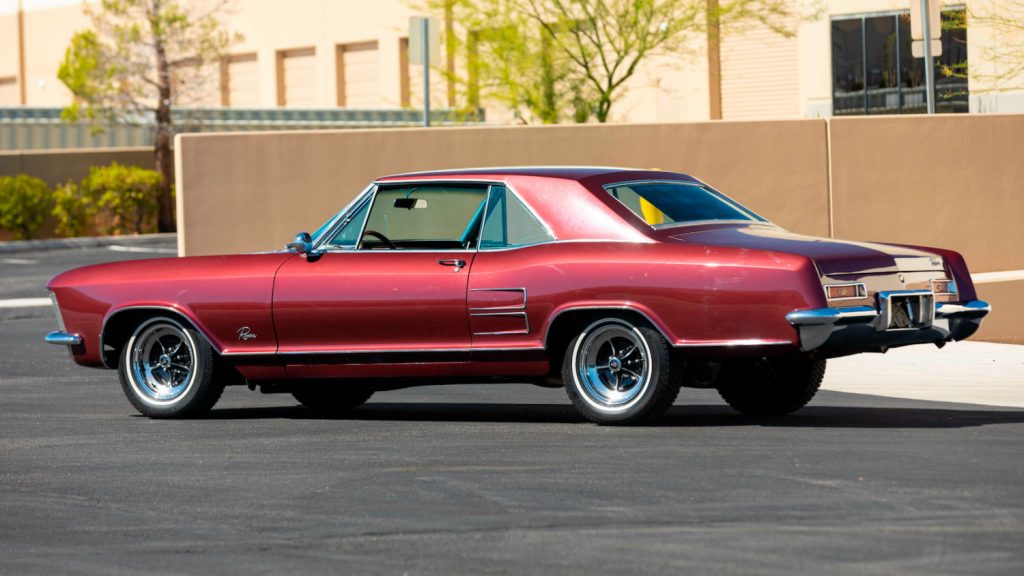 The Buick Riviera offered a slew of luxury appointments. Seats could be upholstered in either vinyl or a combination of leather and vinyl. The interior was spacious, with the ability to comfortably accommodate four passengers. The dash had a center cascade that was home to the radio and separate air conditioning and heating controls. The cascade flowed downward to a center console that housed the shifter and a storage compartment. The console divided the front bucket seats as it continued rearward to the back seat, making the Riviera a true four-place car. Each door panel had two door handles, one for the front passenger and one for the rear, allowing rear-seat passengers the ability to exit the car without having to trouble the passenger in front. Available options included power windows, power seats, tilt steering column, the aforementioned air conditioning, cruise control, power door locks, AM-FM radio, and an automatic trunk release. 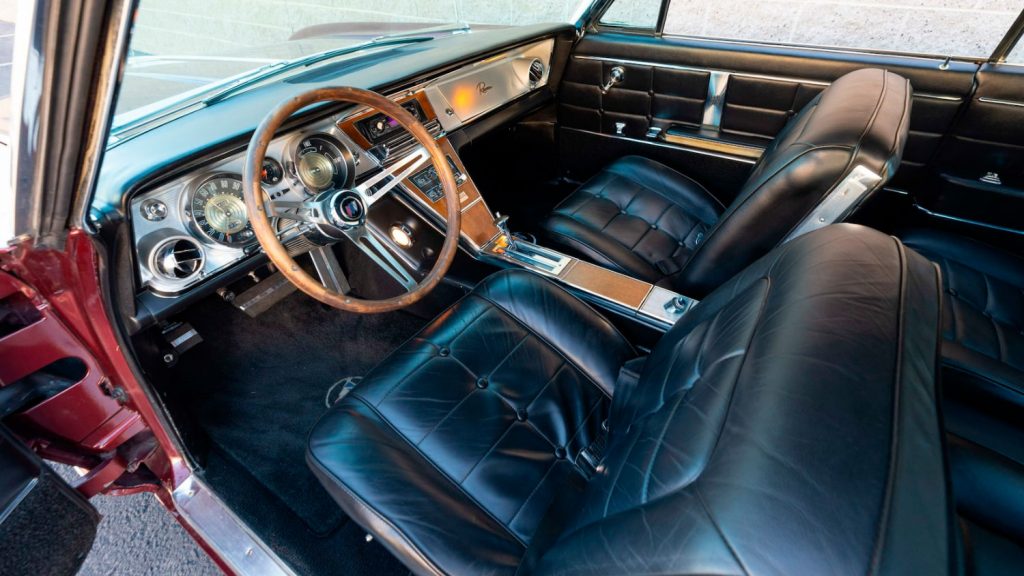 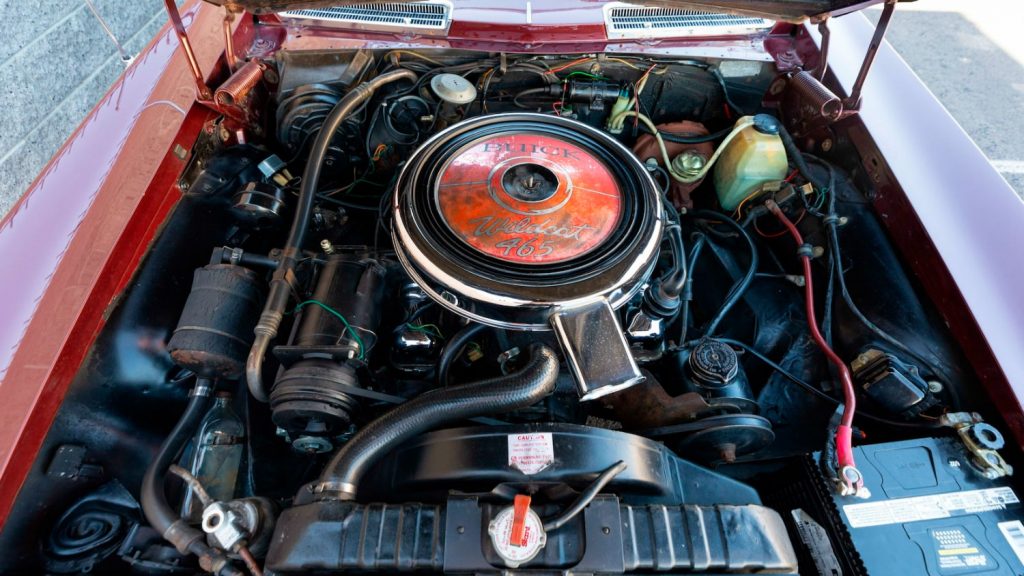 The Buick Riviera for 1964 was little changed, but did gain a stylized “R” hood emblem. The Buick crests in the taillights were replaced by the same stylized “R.” Leather was dropped as an interior option. The Riviera transmission was switched to the Turbo-Hydramatic 400 three-speed auto, dubbed the Super Turbine 400 in Buick parlance. The standard Nailhead engine made 340 horsepower and the optional Super Wildcat engine fitted with dual four-barrel carbs and made 360 horsepower. 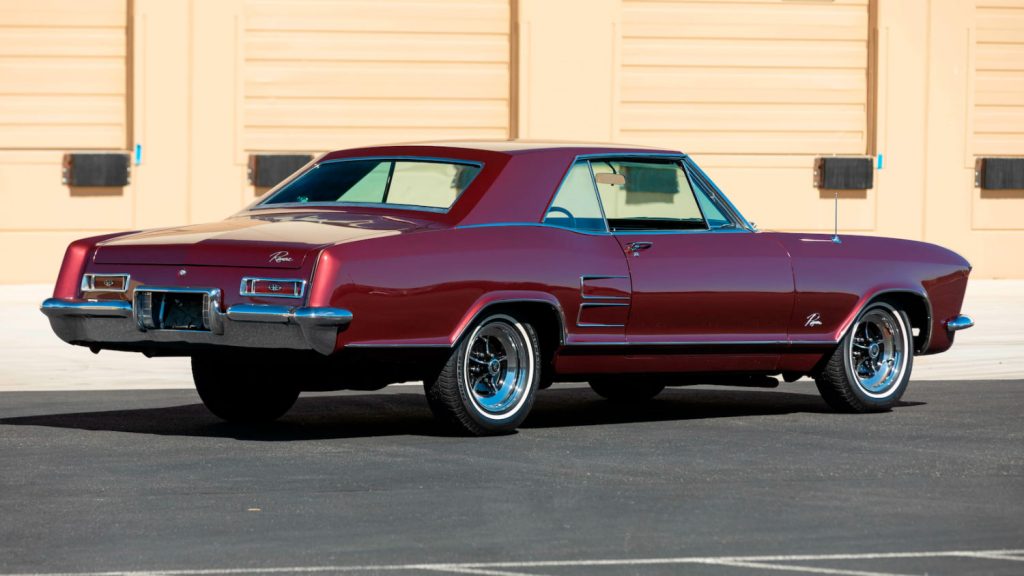 Our feature 1964 Buick Riviera is finished in Granada Red over a black vinyl interior. It is said to be in highly original condition with no restoration effort noted. The paint retains exceptional gloss, and there is no pitting or patina observed. Stainless trim looks to be well polished. Buick Rally wheels are shod in modern whitewall rubber. Inside the Riviera is awash in formal black. Seats show no appreciable wear, with only minor creasing visible. The center stack and console are covered in wood veneer, and present well. An aftermarket stereo has been fitted. Beneath the Buick Riviera’s hood resides the optional Super Wildcat 465 V8. The engine compartment is a reasonably tidy affair, with just a bit of fading noted on the air cleaner cover. 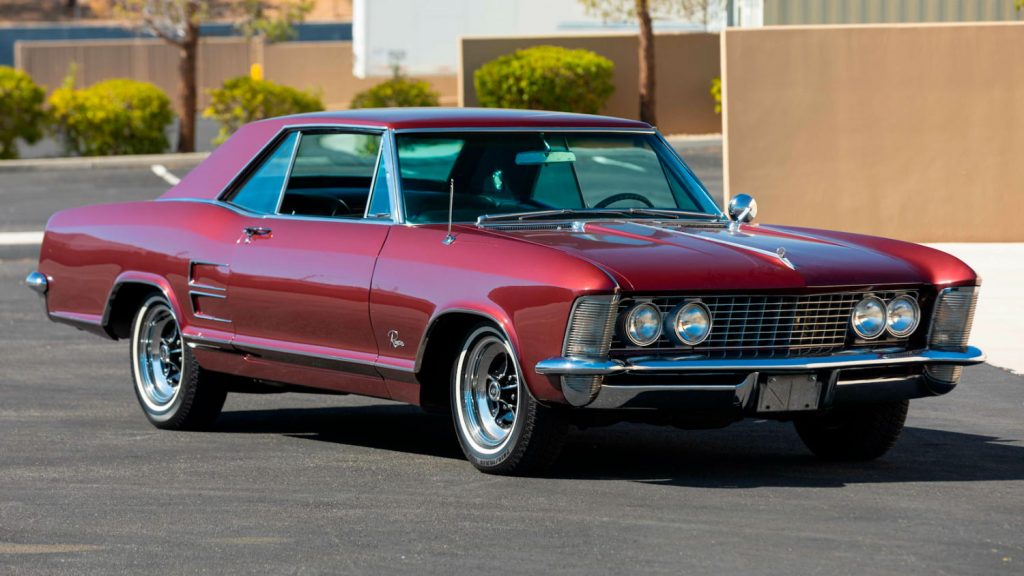 This 1964 Buick Riviera will cross the Mecum Auctions block at their Las Vegas, Nevada event taking place November 10th through the 12th. 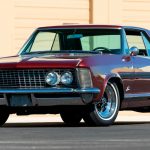 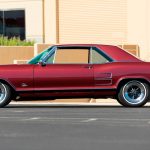 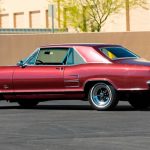 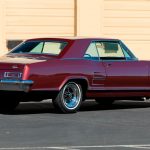 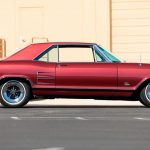 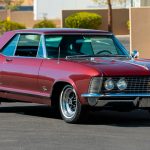 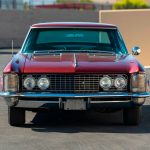 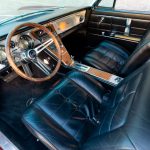 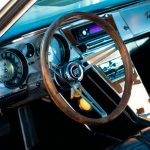 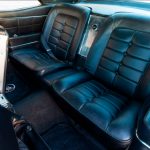 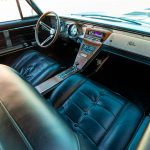 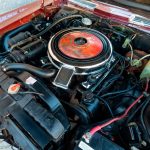 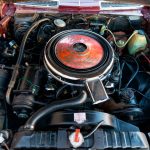 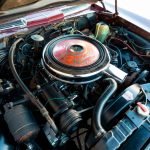