Following Cadillac’s survival through the pre-war era, 1941 would end with the Japanese bombing of Pearl Harbor, and the United States’ inevitable entry into World War II. This would result in a huge shift in manufacturing for nearly all American industries.

1941 brought a bit of homogenization to Cadillac, as the engine and drivetrain was common to all cars. The introduction of the Hydra-Matic automatic to Cadillac (it was an option on Oldsmobiles the year before) gave the company its first fully automatic transmission. 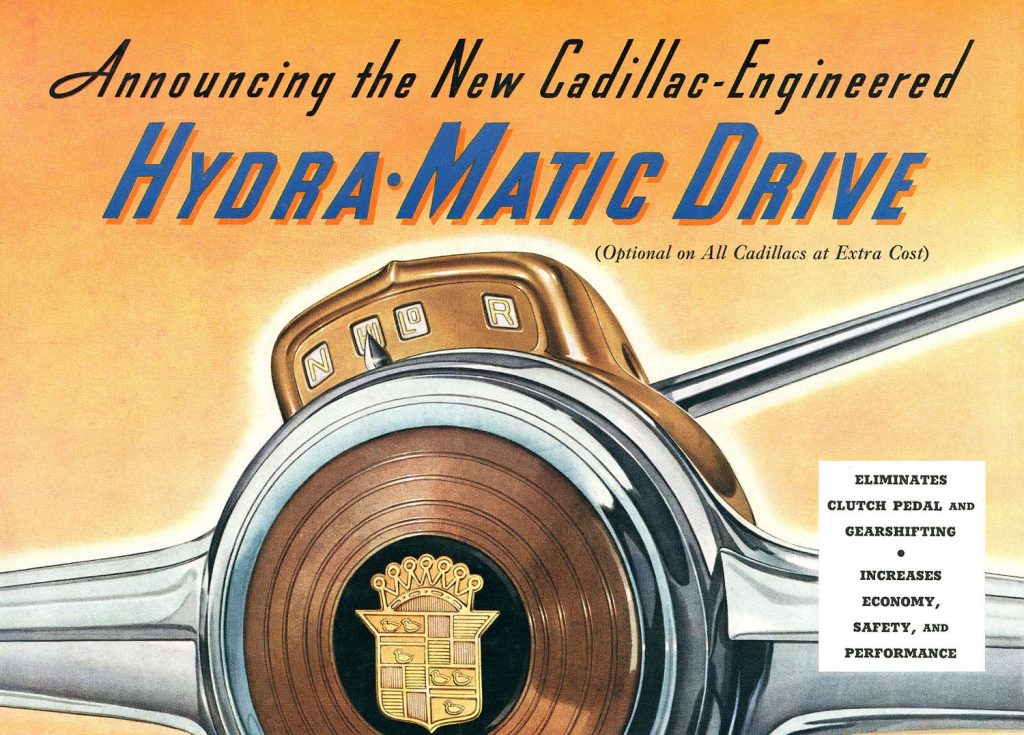 With America entering the war, Cadillac, just like every other American car company, would find itself switching from passenger car construction to the war effort. Production shifted to tank building as Cadillac produced the M24 Chaffee Light Tank for the U.S. Army. Passenger car production wouldn’t return until the 1946 model year.

Cadillac for the 1948 model year would bring the first all-new, redesigned lineup to the market. Curved windshields, lots of chrome, and P-38 Lightning-inspired tailfins would be hallmarks of the new models. 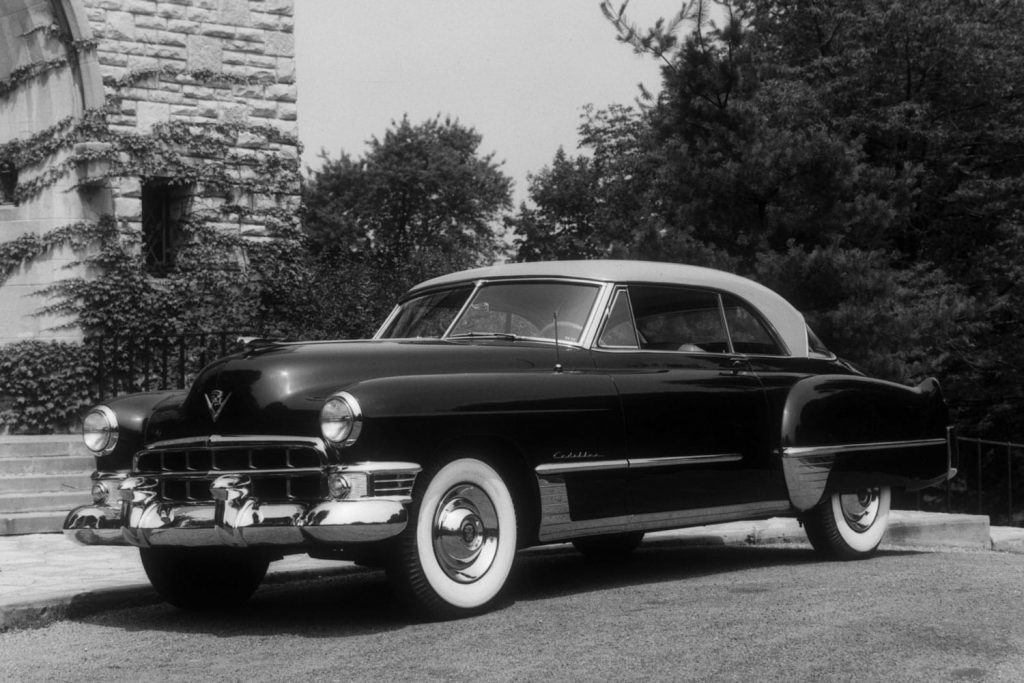 For 1949, a new two-door hardtop model called the Coupe de Ville joined the Caddy line-up. The one-millionth Cadillac built rolled off the assembly line on November 25th, 1949, a 1950 Cadillac Coupe de Ville. The 1949 Cadillacs were equipped with a modern lightweight V8 with overhead valves, high compression, and a short stroke. The new mill displaced 331 cubic inches and put out 160 horsepower. The innovation would help Cadillac win Motor Trend magazine’s Car of the Year Award. For the first time, Cadillac sold 100,000 cars in 1949, a number that would be matched the following two years.

In 1950, two Cadillacs were entered in the 24 Hours of LeMans by American privateer Briggs Cunningham. One was a heavily modified and radically rebodied Series 61 called Le Monstre that finished 11th, the other a race-prepped Coupe de Ville that finished 10th. 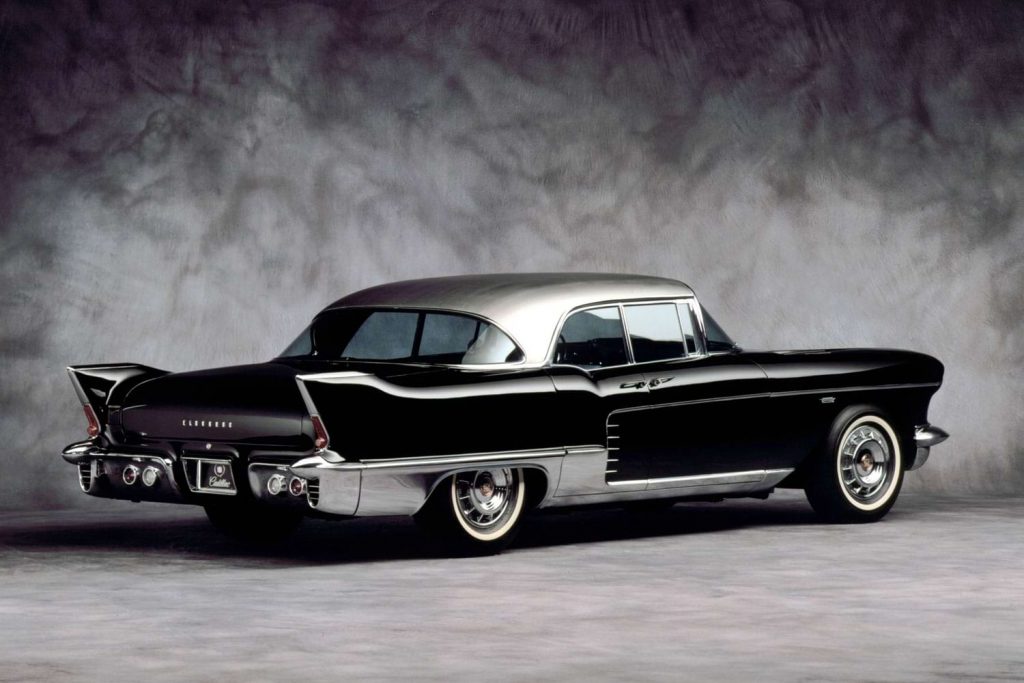 Cadillac found itself once again building tanks for the US Army in 1950. This time it was the M41 Walker Bulldog. The M41 would see service in both the Korean and Vietnam wars.

Cadillac continued to innovate, introducing the Autronic Eye automatic headlight dimmer in 1954, as well as the padded dash and the one-touch windshield wiper/washer system.

In 1957, Cadillac debuted a stunning hand-built, pillarless luxury sedan called the Eldorado Brougham. The Eldorado Brougham had two headlights per side, a brushed stainless steel roof, self-leveling air suspension, aluminum wheels wrapped in low-profile (for the time) tires, a parking brake that released when the car was put into gear, power memory seat, and automatic door locks. Only 400 Broughams were built for 1957, with pricing that was more than double than a standard Eldorado. 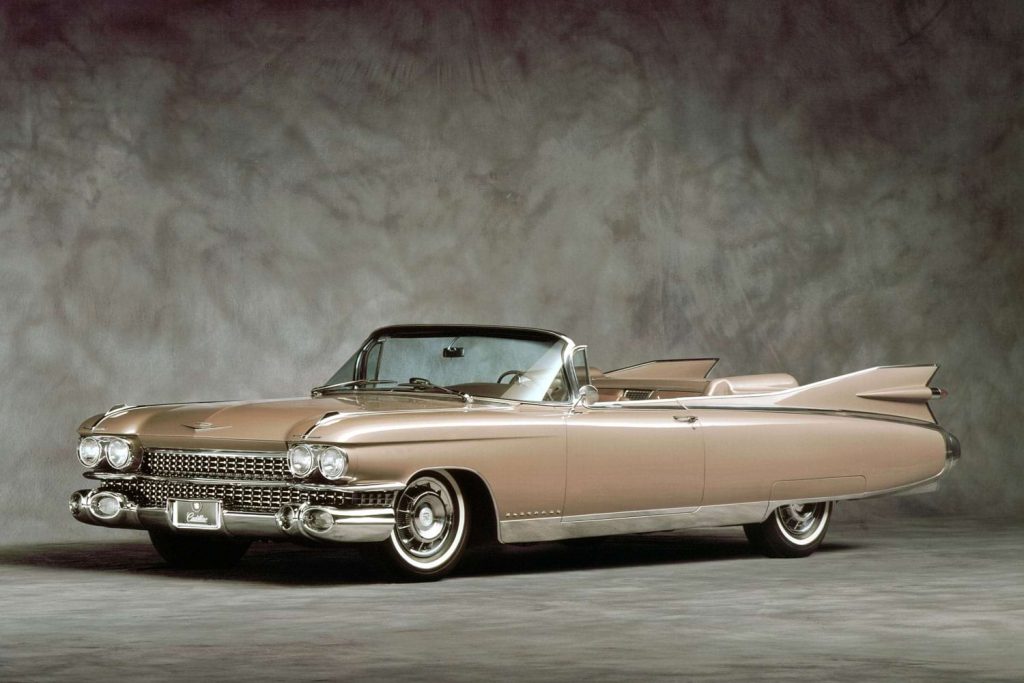 In 1959, Cadillac made great strides in improved ride quality with the introduction of Freon-filled shocks. Styling on the Cadillac Eldorado Biarritz convertible soars to new heights with its wildly iconic tailfins.

Cadillac had secured its place in the American market as the hallmark of luxury, sophistication, design, and excess. The 1960s and 1970s would see those traits taken to new heights.