Hyundai has just unveiled the fully electric Hyundai Ioniq 6 sedan, to which GM currently has no competitor.

Inspired by Hyundai’s Prophecy EV concept, the Ioniq 6 will serve as the Korean-based brand’s most advanced EV yet, with an estimated driving range of up to 340 miles, thanks to a 77.4 kWh battery pack. The company also claims best-in-class charging speeds of up to 350 kW, which can replenish the battery from 10 to 80 percent in as low as 18 minutes. Based on Hyundai’s Electric-Global Modular Platform (a rival to the GM BEV3 platform), the Ioniq 6 boasts a single-motor layout with 225 horsepower and 258 pound-feet of torque, and a dual-motor setup 320 horsepower and 446 pound-feet. 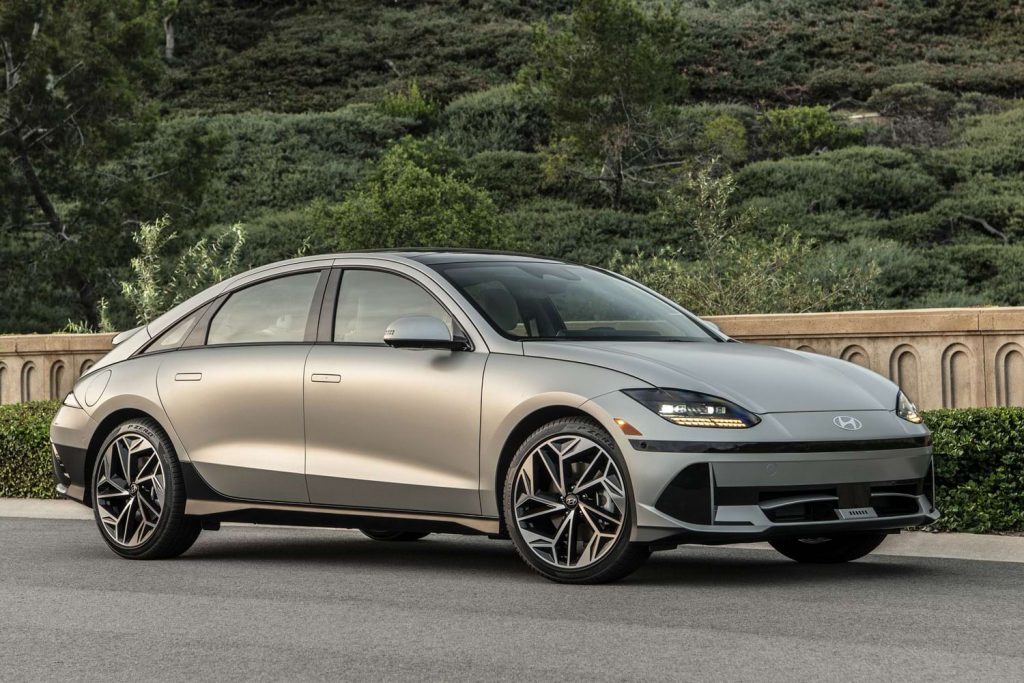 As an interesting side note, the Ioniq 6 features slim camera side mirrors, which effectively replace the side mirrors with cameras. Unfortunately, this technology doesn’t meet current National Highway and Traffic Safety Administration (NHTSA) standards, and won’t be available in the US market.

Pricing will be announced in the spring of 2023, which is when the Ioniq 6 will go on sale. 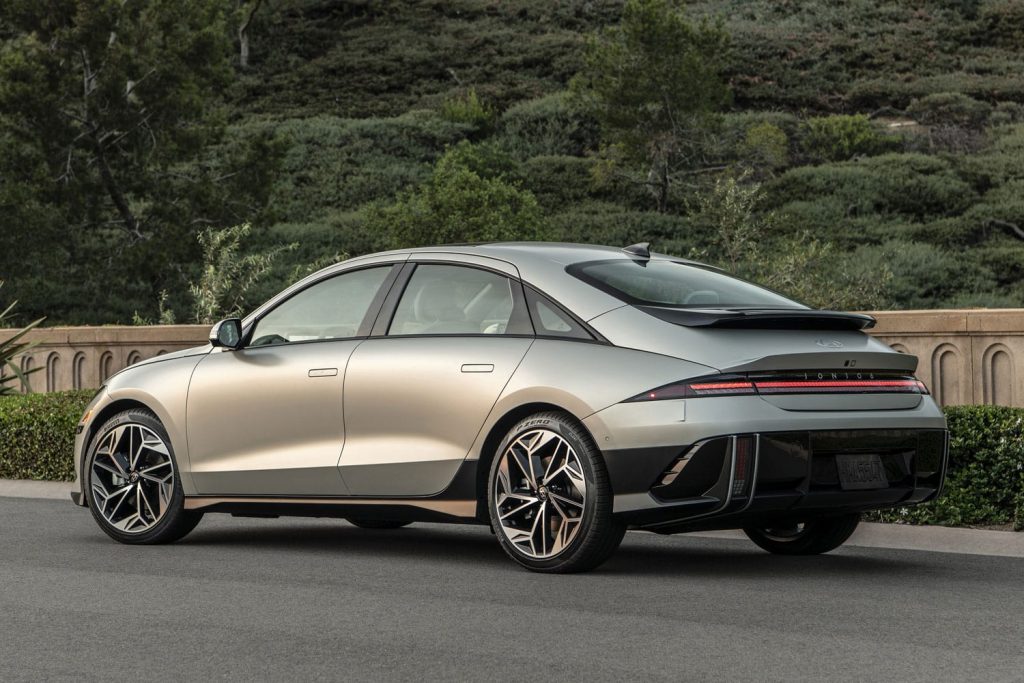 “IONIQ 6 is well-positioned to compete in the EV segment for the millions of shoppers who are interested in transitioning to zero emissions transportation,” said Hyundai Motor North America president and CEO José Muñoz. “IONIQ 6 fits the image, efficiency and sportiness that many owners desire. IONIQ 6 and its interior space, battery options, charging speed and all-wheel drive capability will exceed customer expectations.” 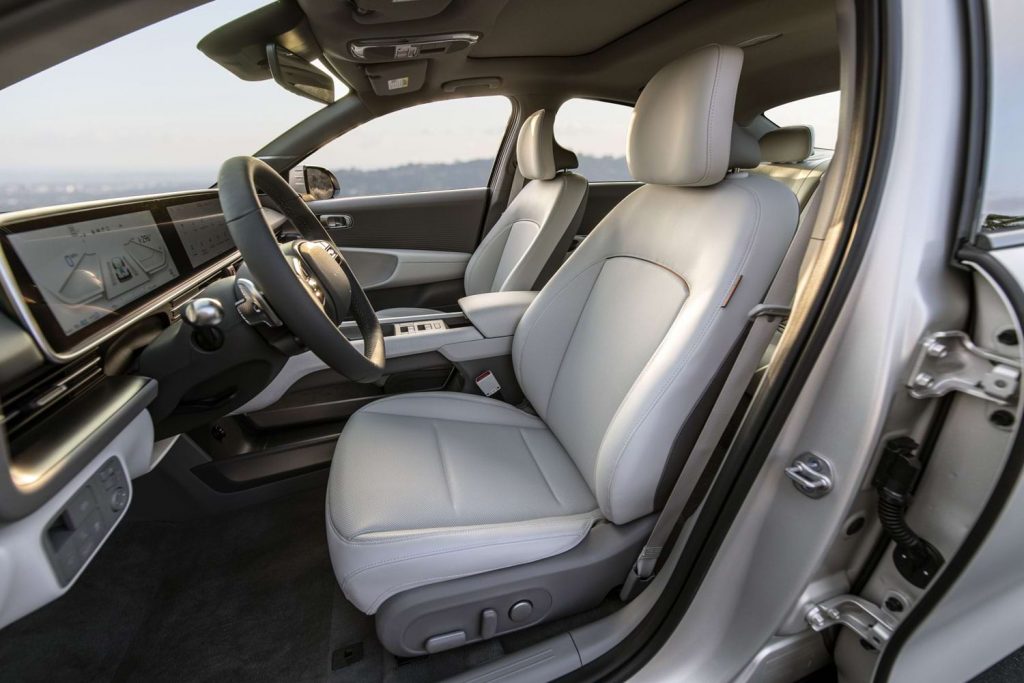 The Hyundai Ioniq 6 joins the Ioniq 5 crossover as part of a larger EV plan, where Hyundai expects to introduce 17 battery electric vehicles (BEVs) worldwide by 2030. This is not unlike GM’s EV strategy, with 30 EVs launched worldwide by 2025.

As it stands, GM currently has no direct competitor to the Ioniq 6. In fact, the only electric-powered sedan announced thus far is the Cadillac Celestiq, which is positioned much higher up-market. 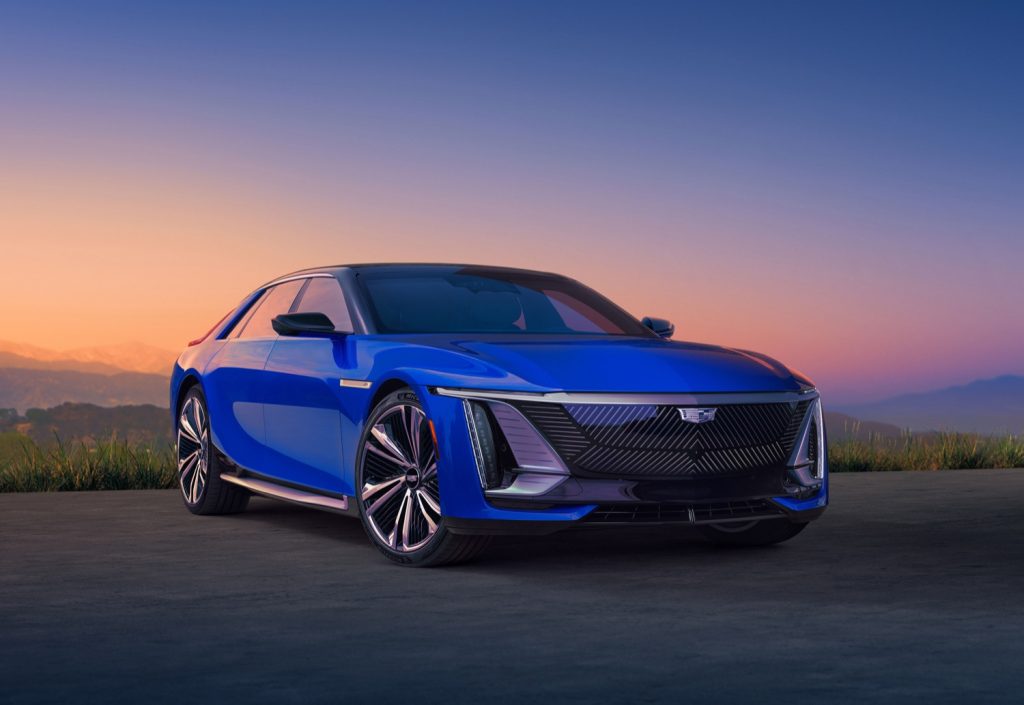 That being said, it is likely that we will see more Cadillac EV sedans in the future, with the possibility of at least one Chevy sedan as well. In fact, both Cadillac and Buick have shared plans to go full BEV by 2030, with Chevy and GMC to follow by 2035. As a whole, GM goal is to reach full carbon neutrality by 2040.