Introduced in March of 1983, the 1984 Chevy Corvette was the first year of the new fourth generation. The Corvette received a clean-sheet redesign with a lower center of gravity, better ground clearance, lower overall height, and better front-to-rear weight distribution. The windshield was radically raked at 64 degrees, and the rear hatch glass was the largest compound glass ever installed in an American car. 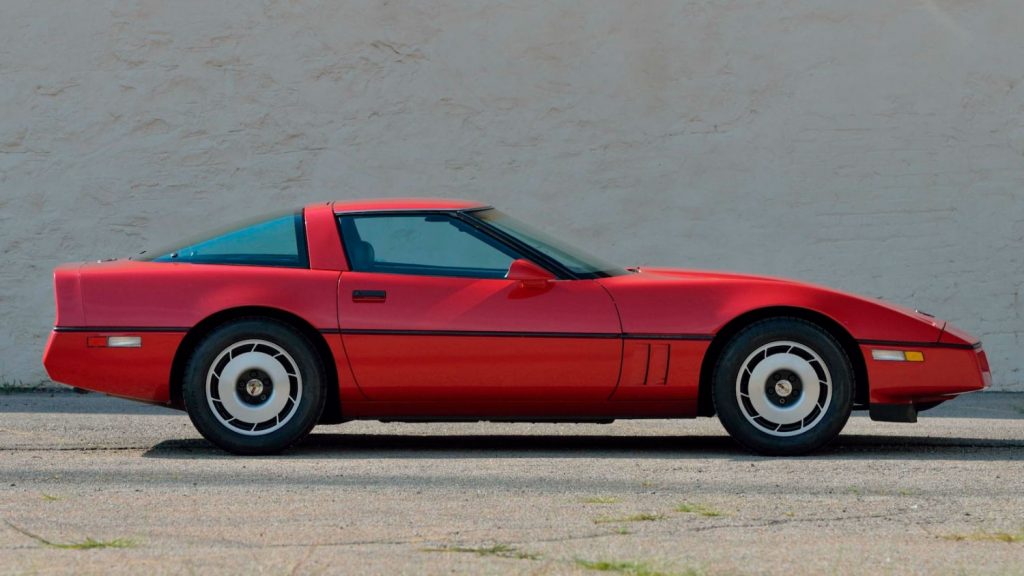 All 1984 Chevy Corvettes had a single-piece lift-out roof panel and fully electronic dash instrumentation. Fiberglass seams were all hidden on the new Corvette, as they were covered by moldings. An available transmission returned to the Corvette for the first time since 1981, in the guise of a Doug Nash 4+3 four-speed overdrive manual transmission. 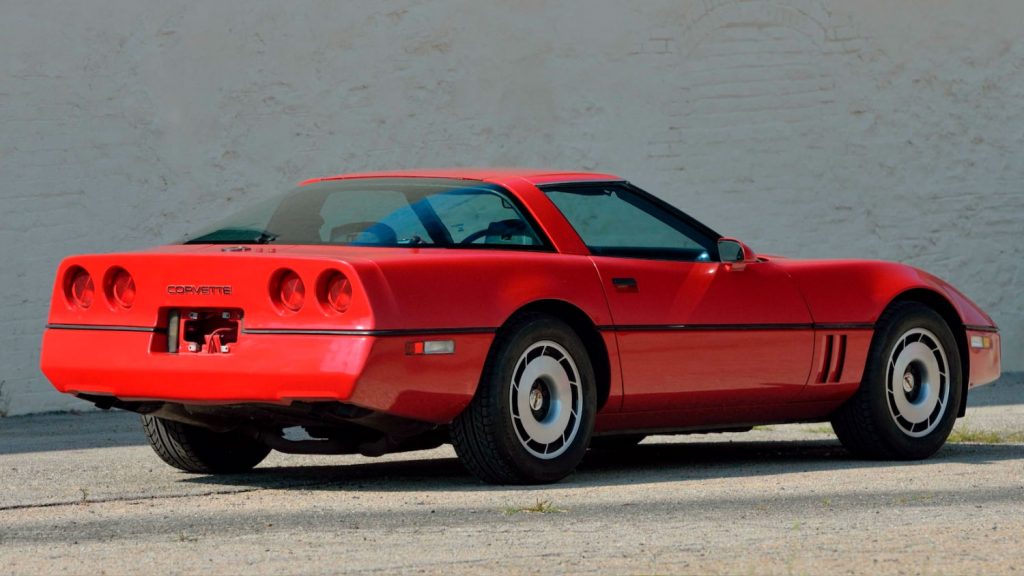 Our feature 1984 Chevy Corvette is part of the Red C4 Corvette Collection to be auctioned off at the Mecum Auctions Kansas City sale in December. It shows right at 17,500 miles from new. It is, as the collection says, a Bright Red Corvette, the first year for fourth-generation Corvettes. 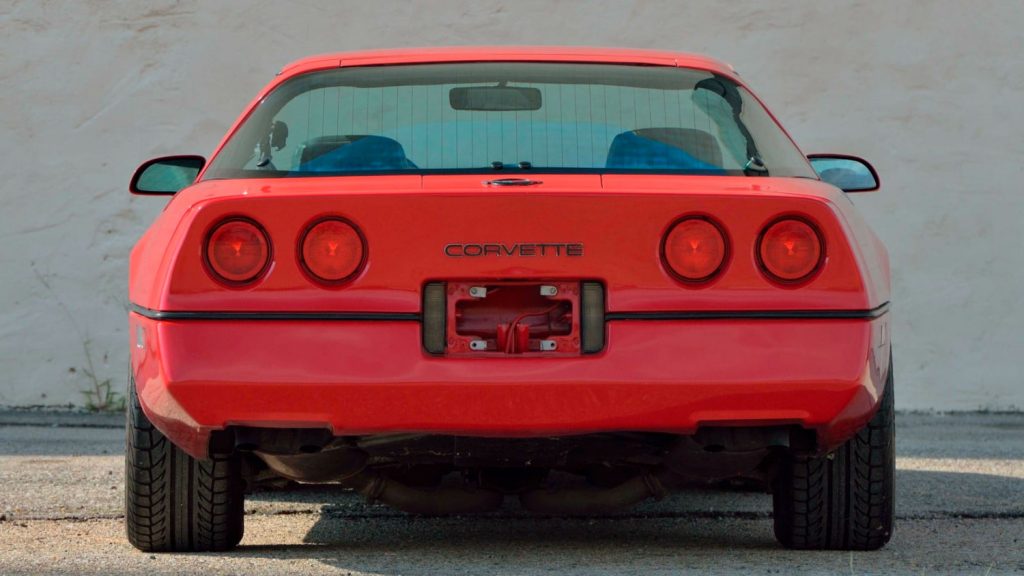 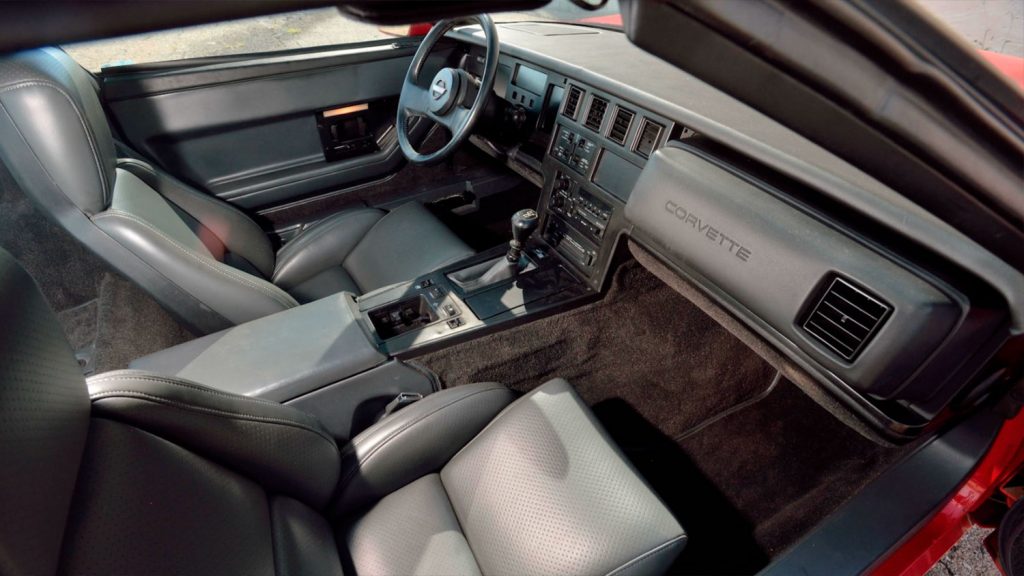 Under the hood of the Chevy Corvette, the engine bay is a reasonably tidy affair. The engine compartment is home to the 350 cubic-inch V8 Cross Fire Injection engine producing 205 horsepower, the sole powertrain offering for 1984. The Cross Fire is backed by a Doug Nash 4+3 manual transmission, one of 6,443 so equipped. The Corvette rolls on recent BFGoodrich Sport Comp 2 tires. 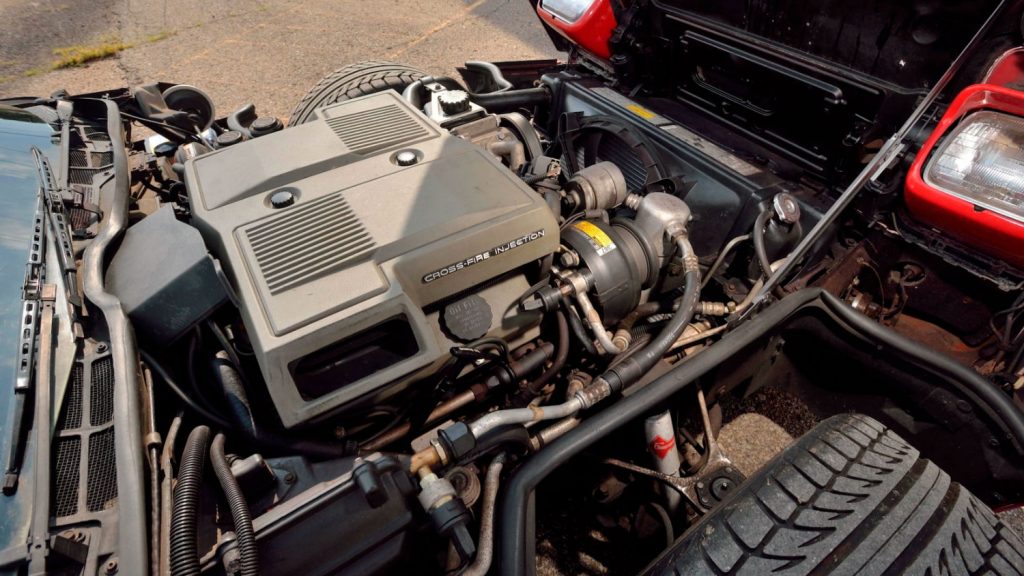 This 1984 Chevy Corvette, part of the Red C4 Collection, will cross the Mecum Auctions block at their Kansas City event taking place December 1st through the 3rd. 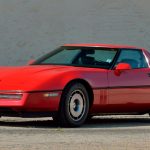 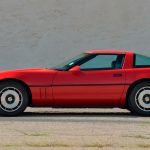 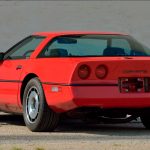 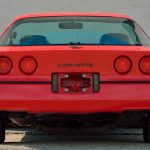 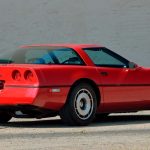 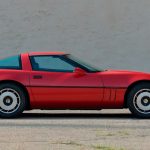 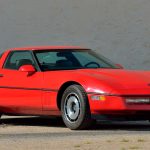 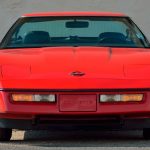 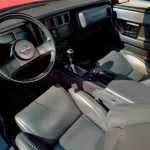 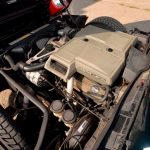 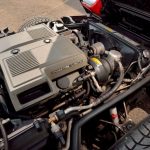