It’s time to head back to the drag strip to watch as a pair of classic muscle machines battles it out for straight-line supremacy. Taking to the lanes this time is a 1970 Chevy Chevelle SS, which is lining up alongside a 1974 Plymouth Duster 360 in the following racing video. 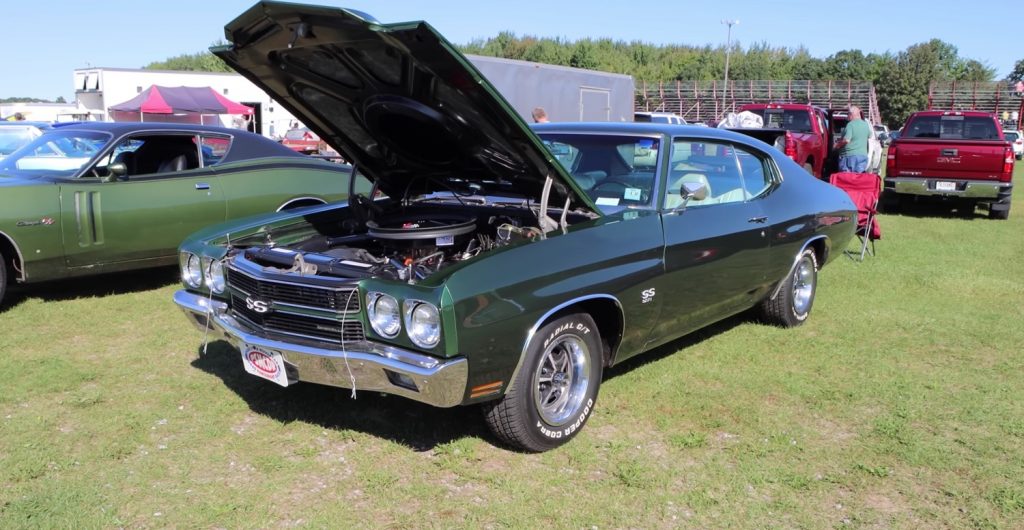 Let’s start with the specs for the 1970 Chevy Chevelle SS. This particular example is fitted with the base engine, specifically the L34 V8. With a compression ratio of 10.25:1, output from the factory was rated at 350 gross horsepower at 5,200 rpm and 415 pound-feet of gross torque at 3,400 rpm. Managing the cog swaps is a four-speed manual transmission, which connects to 3.55 gears in the rear. Weight with driver was measured at a somewhat portly 4,022 pounds. 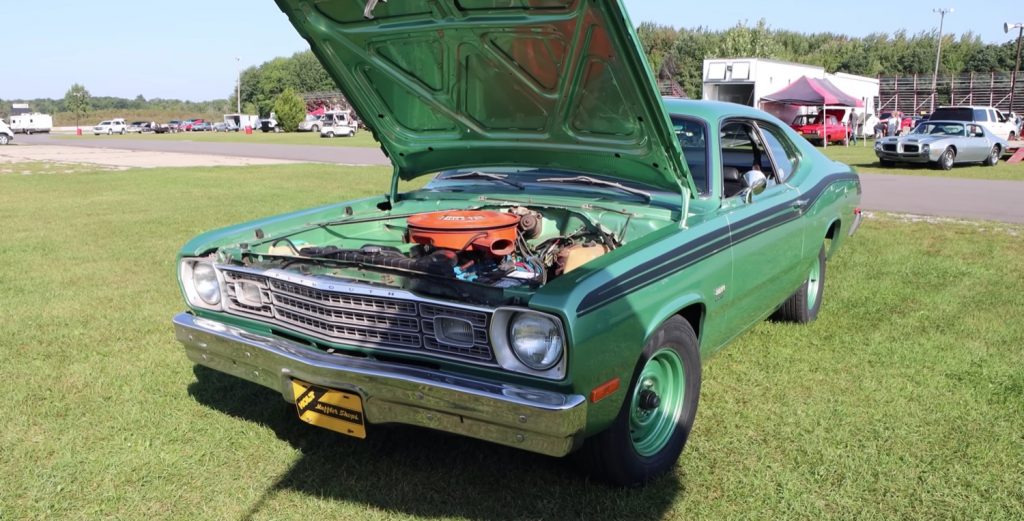 In the other lane is a 1974 Plymouth Duster 360, which, as the name would suggest, is running the 360 V8 engine. With a 4.0-inch bore and 3.58-inch stroke, the 360 offered a smaller bore and longer stroke than the preceding 340 V8, and as a result, output was upped to 245 net horsepower at 4,800 rpm and 320 pound-feet of net torque at 3,600 rpm, making for a small increase in power and a substantial increase in torque. Further specs include a compression ratio of 8.4:1, while output in this example is routed to the rear tires by way of a three-speed automatic and 3.55 rear gears. Weight with driver is estimated at 3,490 pounds, which is relatively lightweight, all things considered. 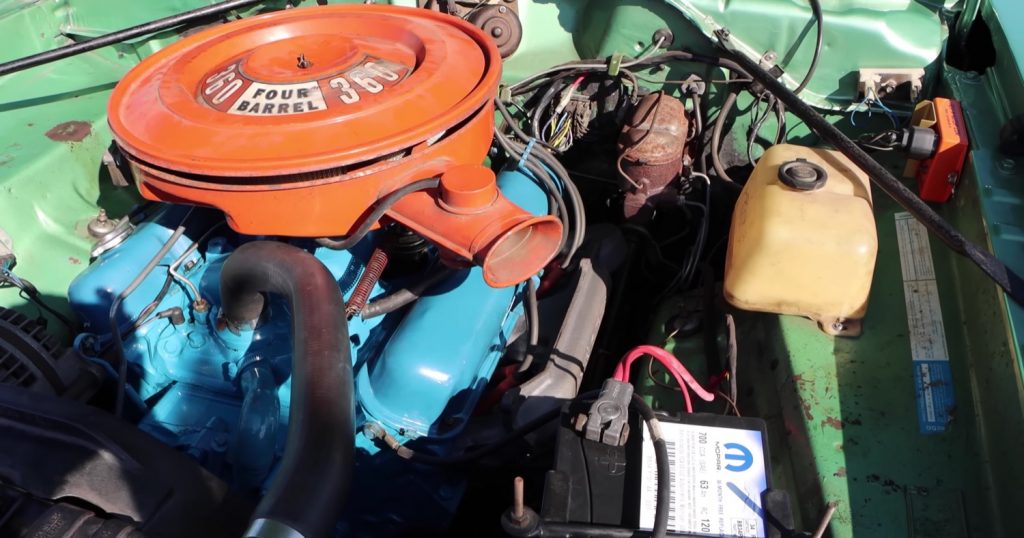 So then – it seems like the Chevelle has the engine advantage, but the Plymouth Duster has the weight advantage. That said, it should be noted that both machines are running in the Pure Stock Drag Race series, which, funny enough, does allow a few modifications, including altering the compression ratio.

Who’s your pick to take home the W in three rounds of drag racing? Hit play to see it all go down for yourself: