While naturally aspirated V8 engines may be the bread and butter of the traditional muscle car, this Pontiac Trans Am sought to set a new standard with a turbocharged V6 and enough firepower to challenge European exotics of its day. Now, this relatively rare, ultra-low-mile example is up for sale. 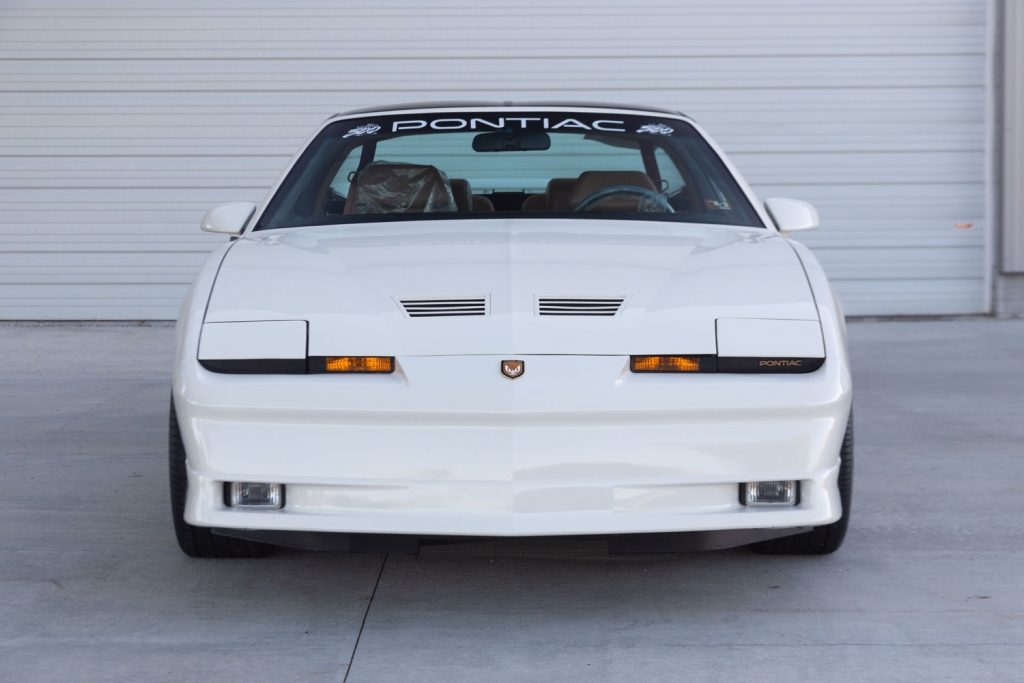 For those readers who may be unaware, this particular Pontiac Trans Am is one of 1,555 limited-edition models that not only celebrated the 20th anniversary of the Pontiac Trans Am nameplate, but also served as an Indy Pace Car replica, as demonstrated by the graphics applied to the doors. However, while this thing definitely looks good, it’s what’s under the hood that really gets the attention. 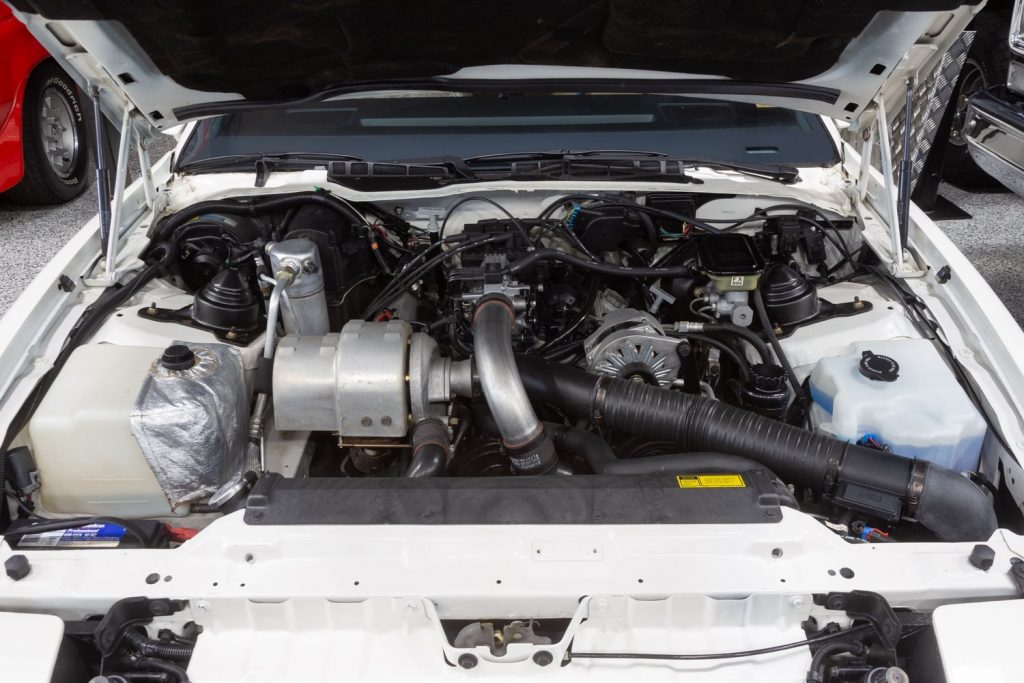 Mounted behind that wedge-like nose is a turbocharged 3.8L V6 gasoline engine similar to the ‘six that powers the Buick GNX, albeit with a few key differences. The heads, for example, are a little smaller to clear the shock towers (although compression was still 8:1) while the AiResearch T3 turbo included a beefy all-metal construction. The oil cooler was also a bit larger. 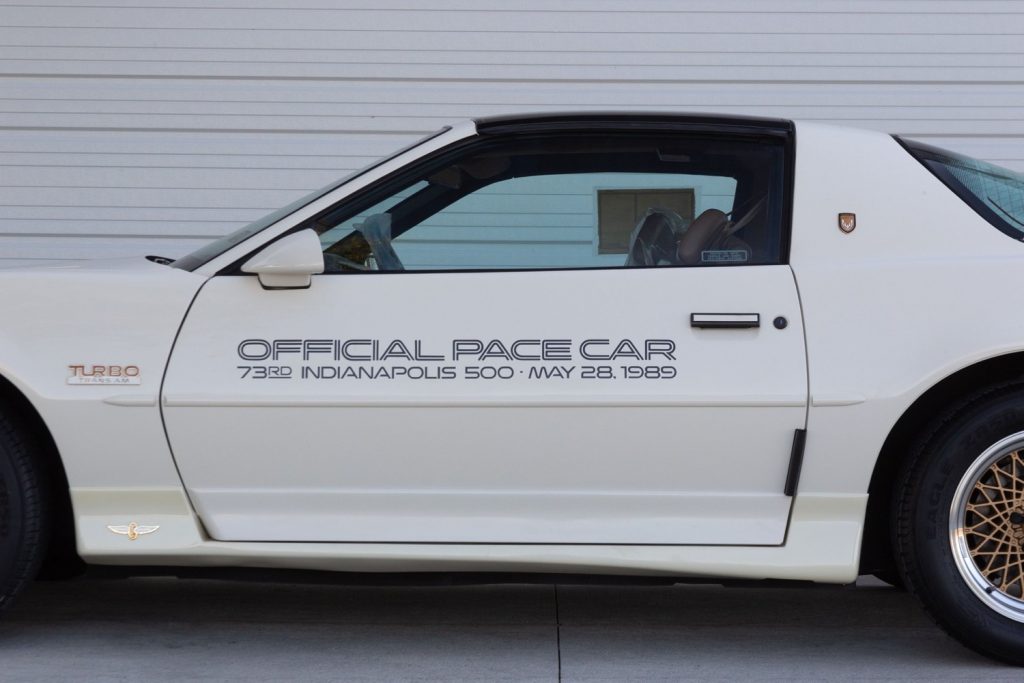 Regardless, the V6 was rated at 250 horsepower and 340 pound-feet of torque, both numbers considered to be grossly underrated. Properly applied, the 1989 20th Anniversary Pontiac Trans Am Turbo had enough giddy-up to sprint to 60 mph in about 5 seconds and cruise through the quarter mile in the mid-13-second range. Even by today’s standards, that’s pretty quick. In 1989, it was Ferrari territory. 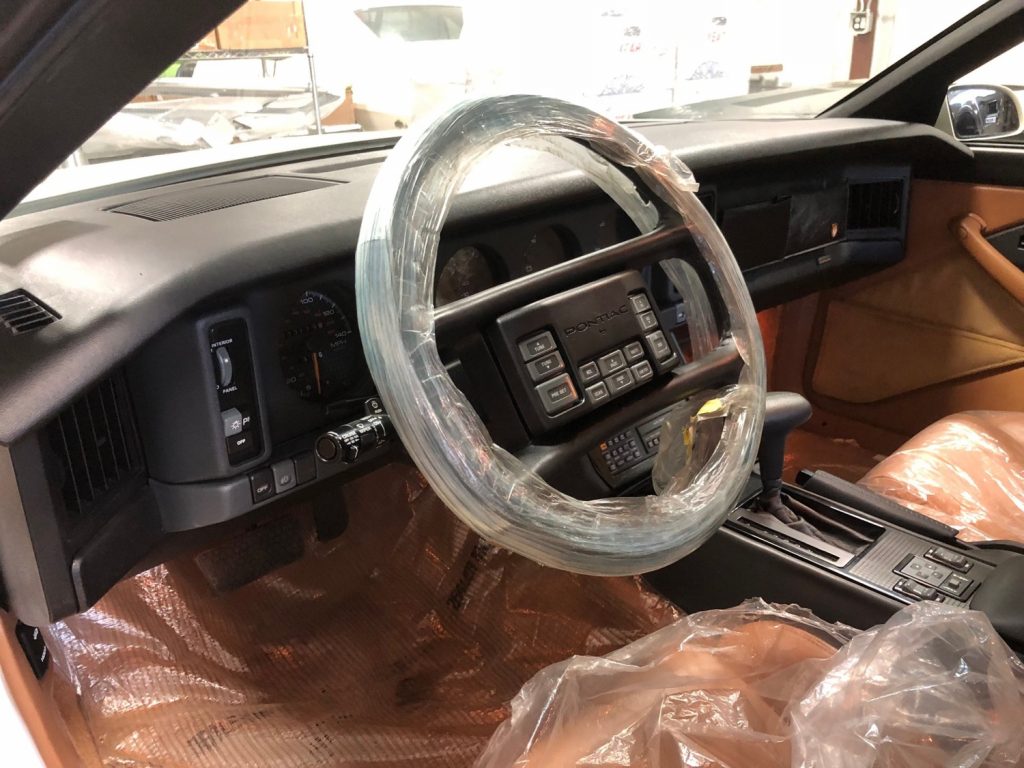 Output is sent rearwards though a four-speed automatic transmission, while the suspension spec includes coil springs, Delco gas-charged shocks, and four-wheel disc brakes. The whole thing is riding on 16-inch alloys with an attractive gold mesh design, while a sharp rear spoiler complements the aggressive aesthetic.

All told, this particular 1989 20th Anniversary Pontiac Trans Am Turbo is utterly immaculate, showing a mere 178 miles on the clock. Now, it’s up for sale from Restore A Muscle Car in Lincoln, Nebraska. No pricing details are included in the listing, but considering the quality and condition of what’s on offer, we’re willing to bet it won’t come cheap.