We’re headed back to the drag strip for yet another Chevy versus Ford racing matchup, but this time, we’re watching it all go down between a pair of boosted pickups as a turbocharged Chevy Cheyenne takes on a supercharged Ford F-150. 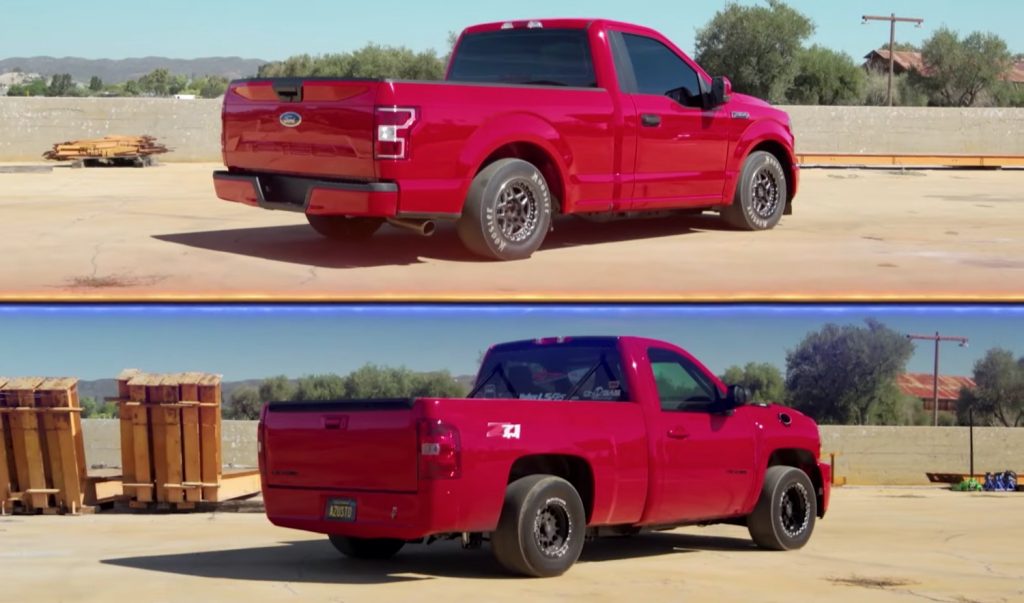 Once again coming to us from the folks at Hoonigan, it’s a “This vs. That” matchup between two trucks that can haul a whole lot more than just cargo. Let’s kick things off with a quick breakdown of the specs and numbers in play, starting with the Chevy Cheyenne.

For those readers who may be unaware, GM sells high-end Chevy Silverado variants in Mexico under the Cheyenne nameplate. This particular 2010 Chevy is one such pickup, and arrives to the party with a 6.0L V8 under the hood, which is now stuffed with upgraded pistons, rods, and a new crank. 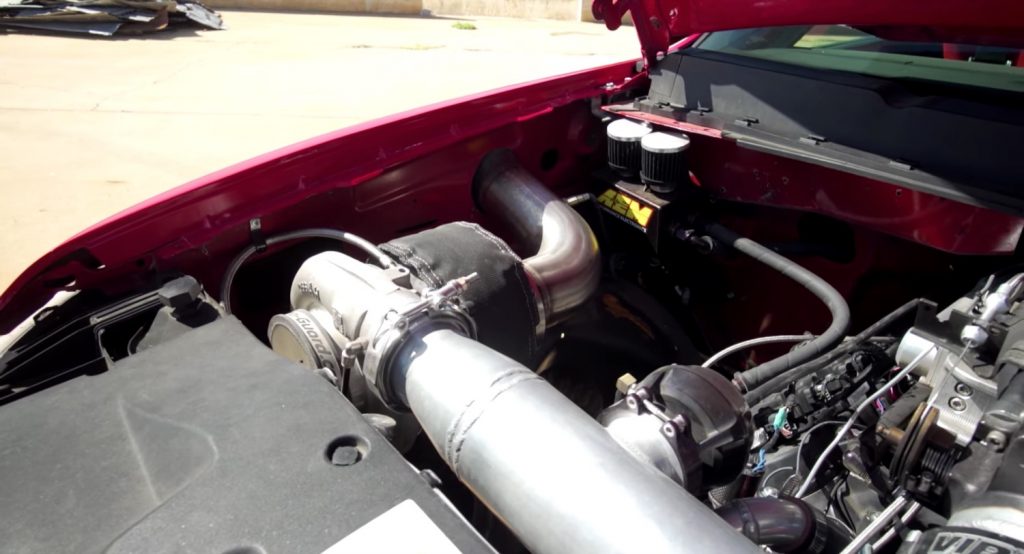 The beefiness is complemented by two power-adders, including a Borg Warner 88mm turbocharger, and a Nitrous Outlet kit, the combination of which yields about 1,100 horsepower, or just 1,000 horsepower on boost alone. Output is routed through a three-speed automatic transmission to a four-wheel drive system churning a quartet of drag rubber mounted on beadlock wheels. 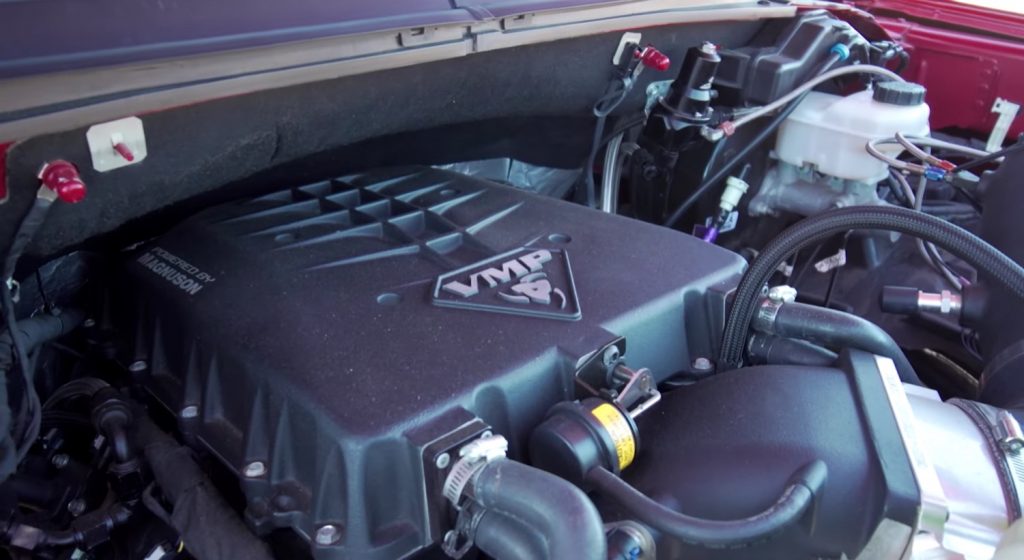 That’s a lot of go for a Chevy Cheyenne, so what’s the competition bringing in this all-pickup battle? In the other lane is a 2019 Ford F-150, which is equipped with a “stock” Coyote 5.0L V8 topped by a VMP Performance supercharger. The owner says it isn’t that fast, but given his past appearances on “This vs. That”, it’s possible the setup may be hiding a little extra juice than meets the eye. One good indication of that would be the four drag radials in the corners, or the built 10-speed automatic transmission.

Both trucks are pretty heavy, with the Ford F-150 estimated at 5,000 pounds and the Chevy Cheyenne estimated at 4,500 pounds. Still, with this much power and traction, you can rest assured these pickups can get down. Check out the full race right here: