Combining components from a 1987 Jaguar XJS and 1994 Chevy Camaro Z28, this two-door British-U.S. mashup is certainly unique, and now, it’s up for sale in a new online auction. 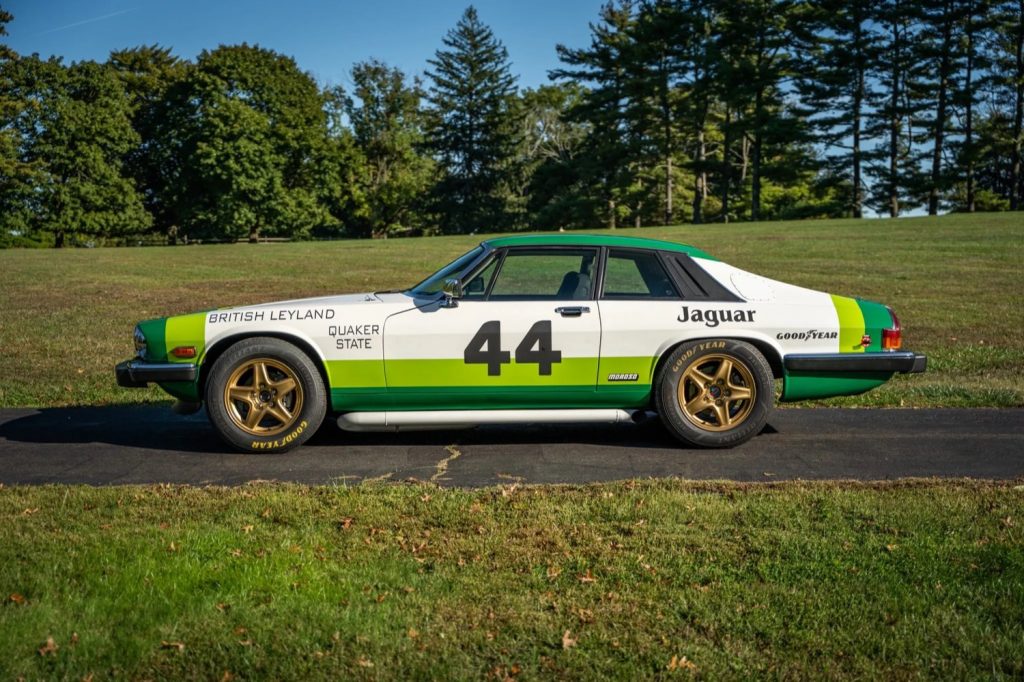 Built in 2021, the first thing to grab us is the exterior, which takes the body panels from a 1987 Jaguar XJS and applies a Group 44-style livery. For those readers who may be unaware, Group 44 was a racing team first established in the ‘60s that was associated with British Leyland and secured a long list of wins and championship titles across several different race series, including SCCA, IMSA, Trans Am, and Le Mans. 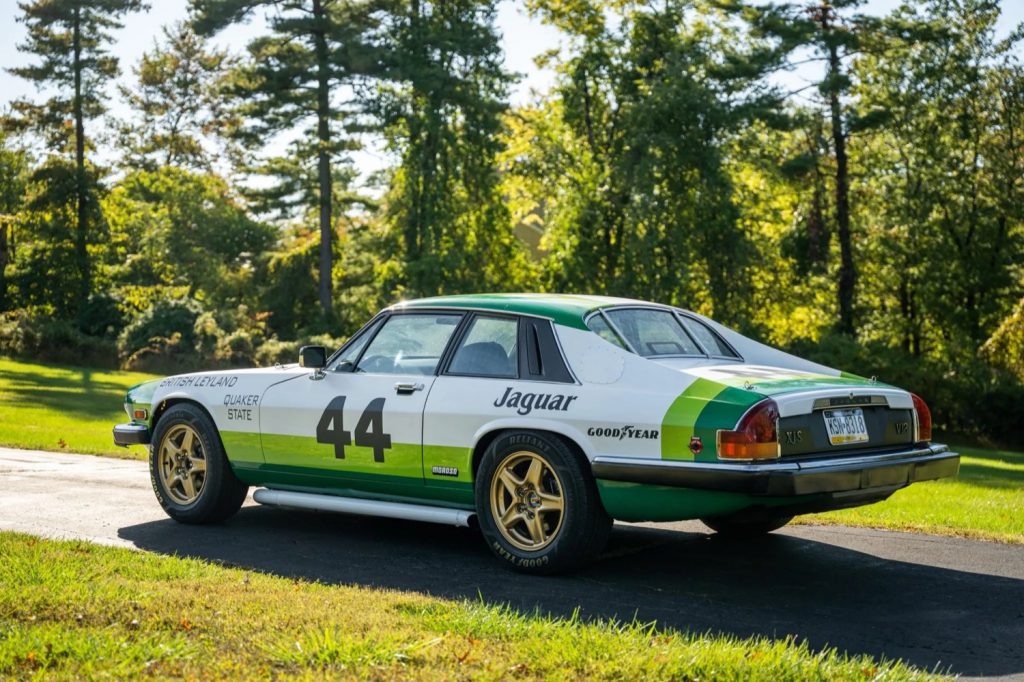 This particular custom build takes inspiration from Group 44 history to incorporate white and green stripes with racing sponsor graphics, while in the corners we see a set of 16-inch alloy wheels, which were painted gold and wrapped in 235/60 Goodyear Reliant All-Season rubber.

Moving inside, we see a Jaguar XJS dash and Chevy Camaro seats, with gray cloth upholstery and custom black trimming. An Autometer tachometer is paired with Equus gauges. There’s also a set of Tanaka four-point harnesses, although they do not appear to be properly mounted. 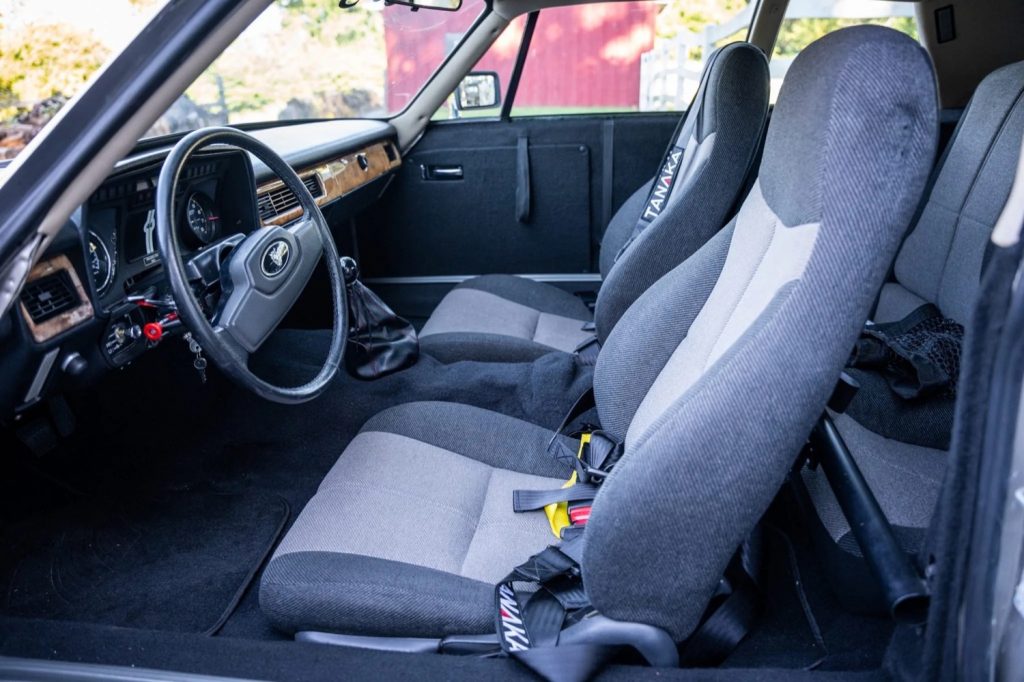 The drivetrain, suspension, and chassis were all plucked from a 1994 Chevy Camaro Z28. Motivation is sourced from a carbureted 5.7L V8 engine running a set of LT4 cylinder heads, Wiseco pistons with an 11:1 compression ratio, a Comp camshaft, chromoly pushrods, Crane valve springs, Manley valves, and Hooker headers. The V8 exhales through a set of side pipes, and inhales through a custom intake. 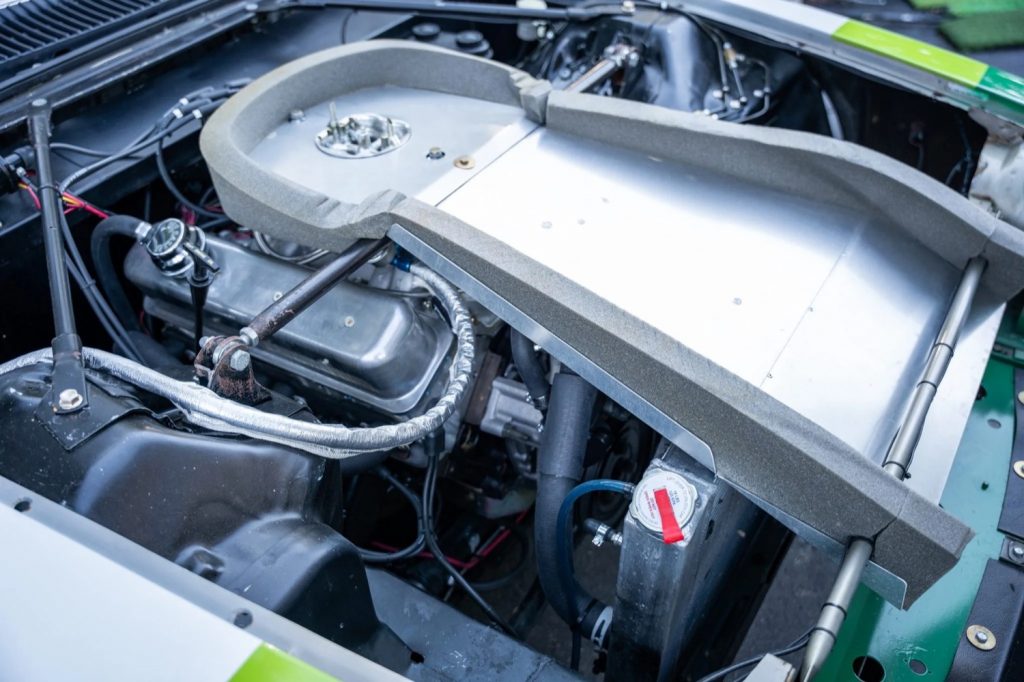 Now, this XJS-bodied 1994 Chevy Camaro is listed for sale on Bring A Trailer. As of this writing, the current highest bid of 10 placed is set at $6,700, with just under three days left in the auction. This vehicle is located in Wrightstown, Pennsylvania, with the title listing the vehicle as a 1987 Jaguar XJS.