With the naturally aspirated 7.0L V8 LS7 gasoline engine mounted up front, plus a relatively low curb weight, the 2006 Chevy Corvette Z06 was a monster right from the factory. That said, throwing a little boost into the mix can make a world of difference, as demonstrated in the following drag racing video. 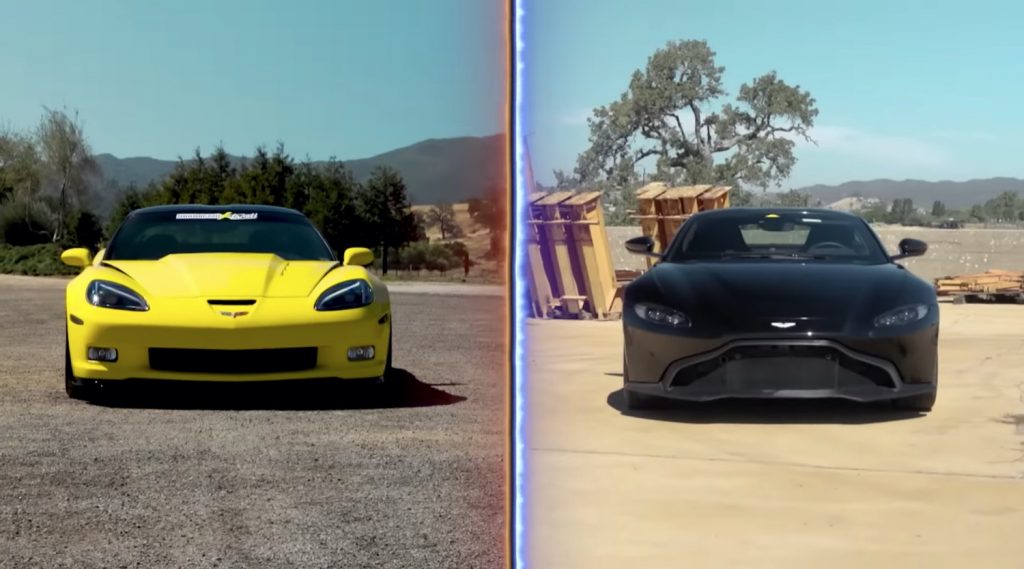 Coming to us from the folks at Hoonigan, this racing video places the 2006 Chevy Corvette Z06 alongside the 2020 Aston Martin Vantage to see if the modified American bruiser has what it takes to outmuscle a modern high-dollar exotic.

To give the Corvette Z06 a little helping hand, the folks at Hoonigan slapped an Edelbrock E-Force supercharger on top of the 7.0L LS7, with spent gasses exiting through a Magnaflow exhaust system. There’s also a few carbon body pieces to spice it up, including a composite hood, roof, and rear duck bill spoiler. According to Hoonigan, the LS7 heads can occasionally have issues, so to make sure the Corvette Z06 was rock solid and reliable, the crew upgraded the valve guides as well. Unfortunately, power numbers for the supercharged V8 aren’t offered, but in stock, atmospheric form, the LS7 is rated at a stout 505 horsepower. 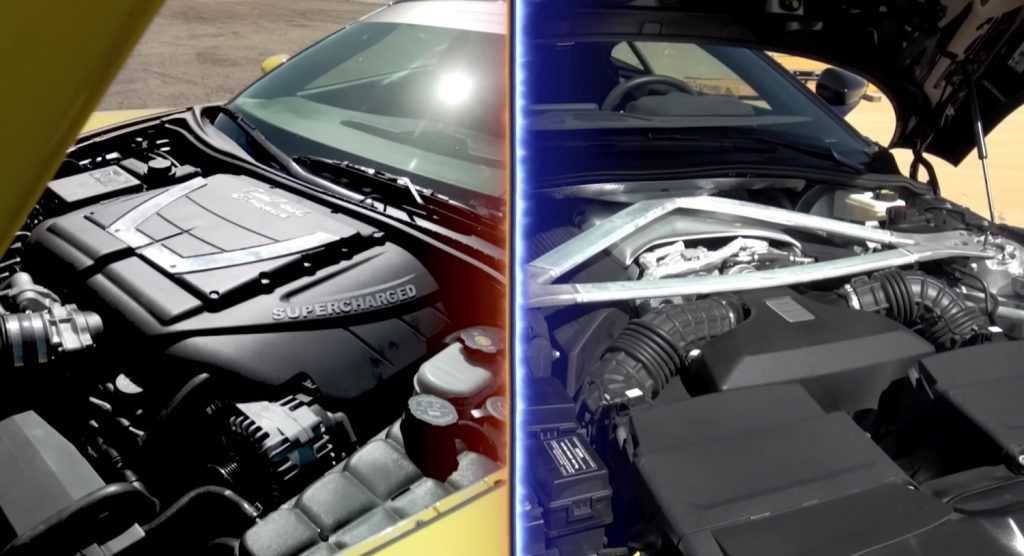 Not too shabby, but the competition is certainly no slouch. In the other lane is a 2020 Aston Martin Vantage, which is showing up with an estimated 503 horsepower at the crank thanks to a twin-turbocharged 4.0L V8. The engine is bone stock, and the curb weight is bit on the hefty side as well, tipping the scales at 3,800 pounds to the Corvette Z06’s 3,100 pounds. However, one thing the Aston does have going for it in this race is a quick 8-speed automatic transmission, as compared to the six-speed manual in the Corvette.

The question is – how will a supercharged Corvette Z06 hang against a modern Aston Martin? Hit play to find out: