The Cadillac XT4 crossover is set to receive a model refresh for the 2024 model year, debuting a revised exterior, a new interior, and the latest tech features. Now, GM Authority is bringing you the first spy photos of the refreshed 2024 Cadillac XT4 Luxury. 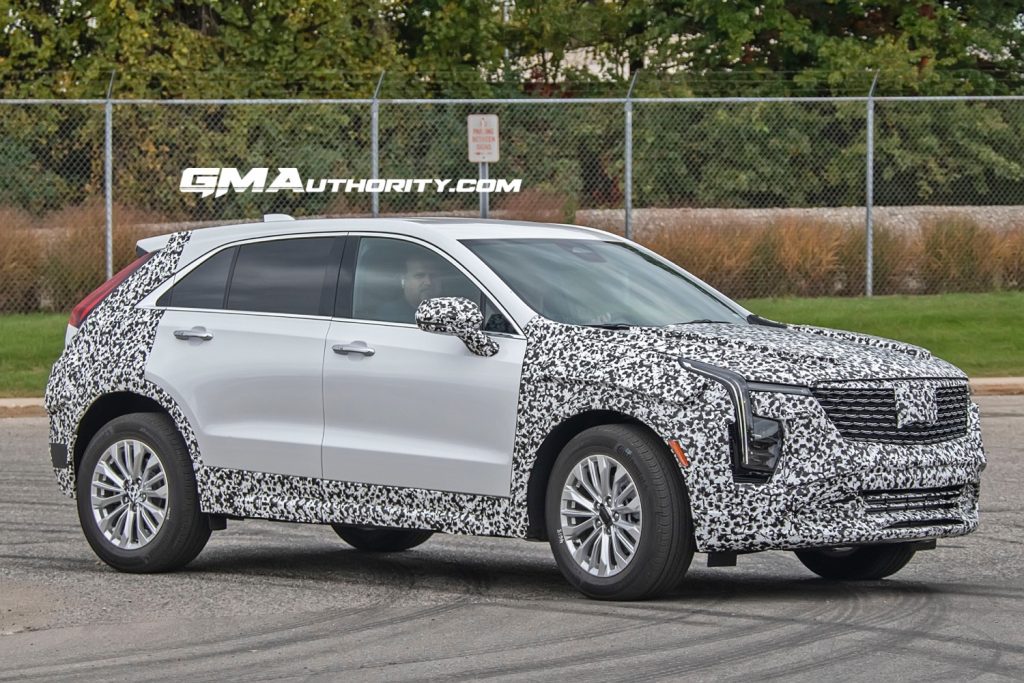 While prototypes of the 2024 Cadillac XT4 have been spotted on numerous occasions previously, this is our first look at the upcoming 2024 Cadillac XT4 Luxury. The big giveaway is the window surround (also known as DLOs, or daylight openings), which on this particular prototype are finished in chrome, which is standard for Luxury and Premium Luxury trim levels. By comparison, Sport models are equipped with black window trim. Also of note is the new grille, which shows off the bright finish included as standard for Luxury and Premium Luxury trim levels, as compared to the shiny black grille equipped by Sport trim levels. 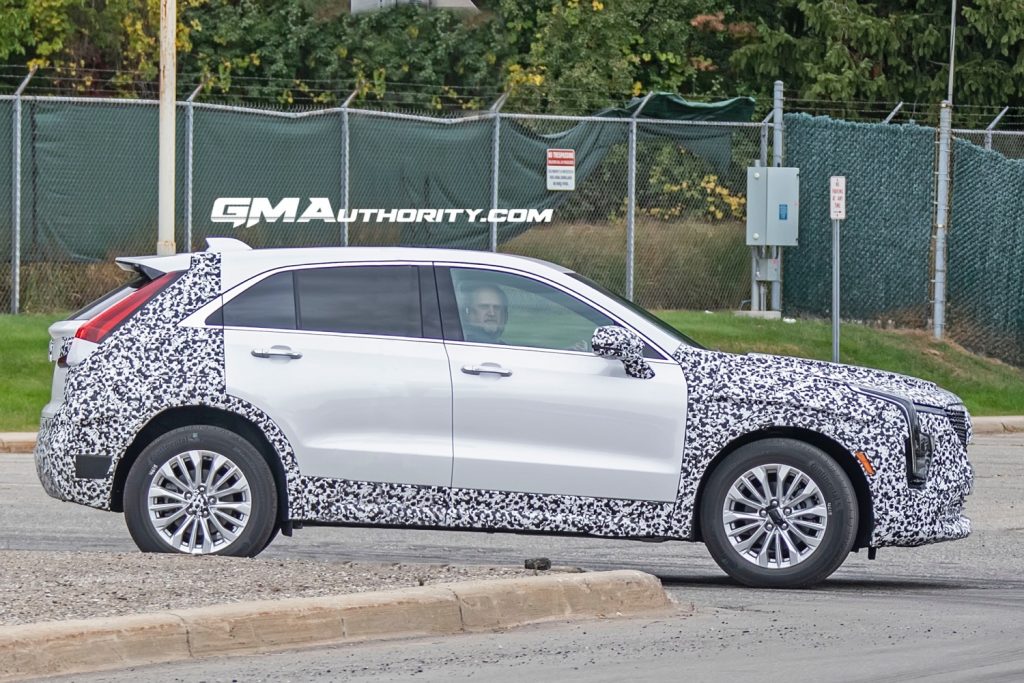 Moving into the corners, this 2024 Cadillac XT4 Luxury is riding on a set of silver wheels with a new multi-spoke design. Judging by the sidewalls, these rollers appear to be 18 inches in diameter, with 20-inch wheels once again expected as optional.

Then we have the tail lamps, which on this 2024 Cadillac XT4 Luxury prototype model are red, as compared to the clear (or neutral density) tail lamp housings equipped by Sport models. 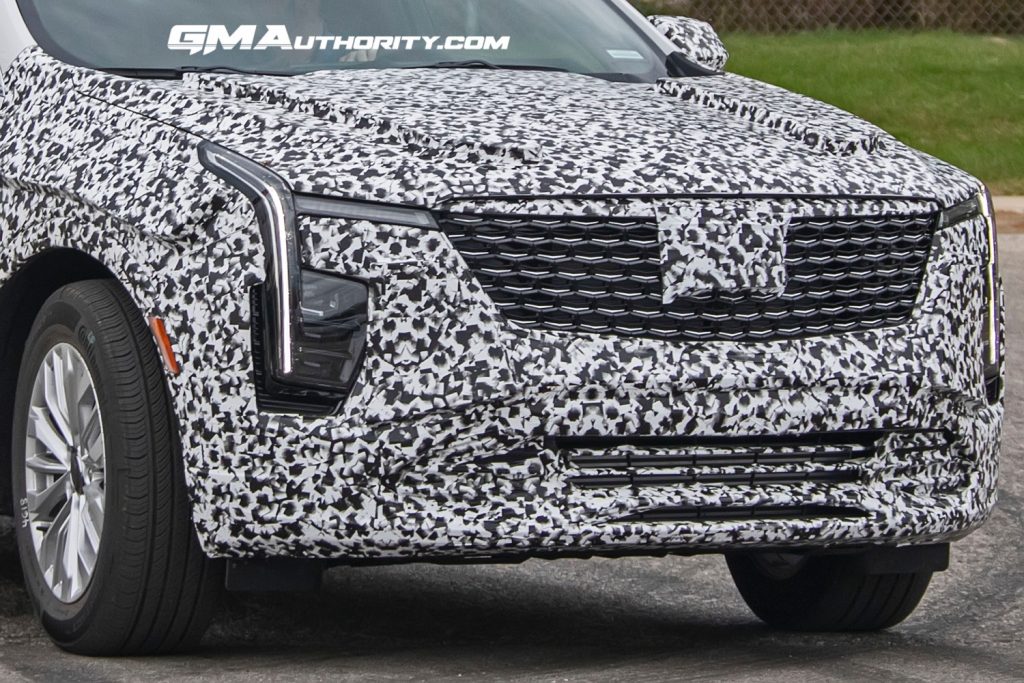 GM Authority first brought you spy photos of the 2024 Cadillac XT4 in June, at which time we exclusively reported that the refreshed crossover would boast new infotainment features highlighted by the GM Super Cruise semi-autonomous driver assist system.

Finally, spy photos published in August reveal the 2024 Cadillac XT4’s redesigned interior, which will incorporate a new curved panel across the dash that ties together the driver instrument cluster and infotainment touchscreen. The new interior also includes a new head-up display housing and steering wheel design, as well as a few other bits and pieces detailed previously. 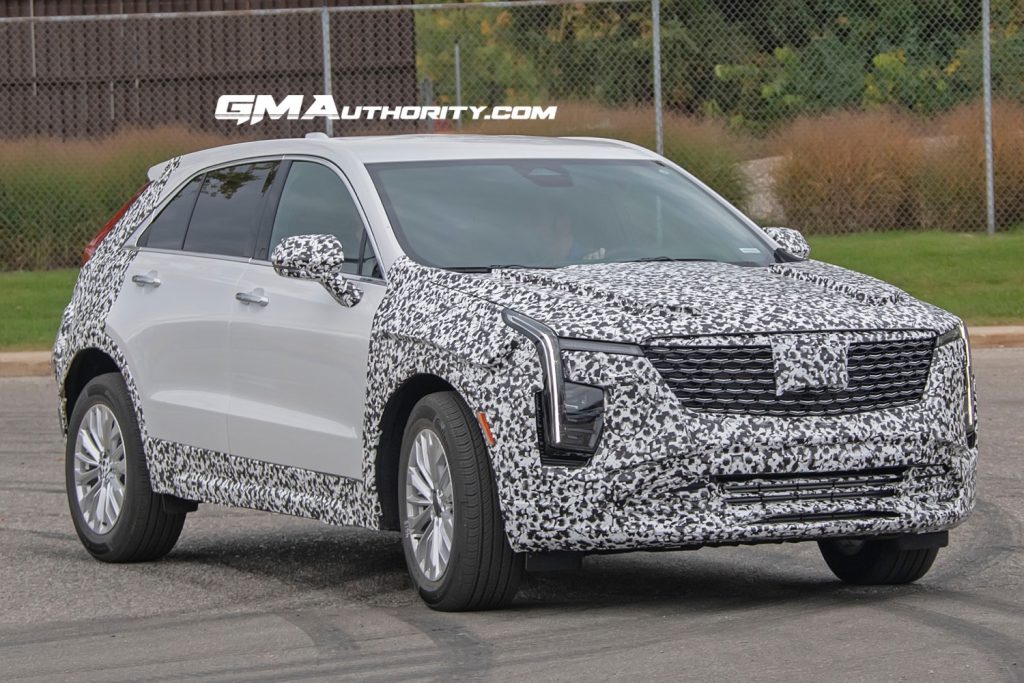 As for the greasy bits, the 2024 Cadillac XT4 is expected to cradle the same turbocharged 2.0L I4 LSY gasoline engine as the current model. Output is rated at 235 horsepower and 258 pound-feet of torque. Production will take place at the GM Fairfax Assembly plant in Kansas City.