Fan favorite Chase Elliott, driver of the No. 9 Nascar Camaro ZL1, held off a charge from Ryan Blaney’s No. 12 Ford Mustang heading to the checkered flag at Talladega Superspeedway on October 2nd, winning the race by just .046 seconds.

Elliott captured his fifth win of the 2022 season in the No. 9 Camaro with a last-lap pass, diving from the bottom lane to the top in order to keep the field at bay. With a huge push from Erik Jones, driver of the No. 43 Camaro, Elliott’s No. 9 Camaro shot ahead just enough to put him ahead of Blaney’s No. 12 Mustang at the line. 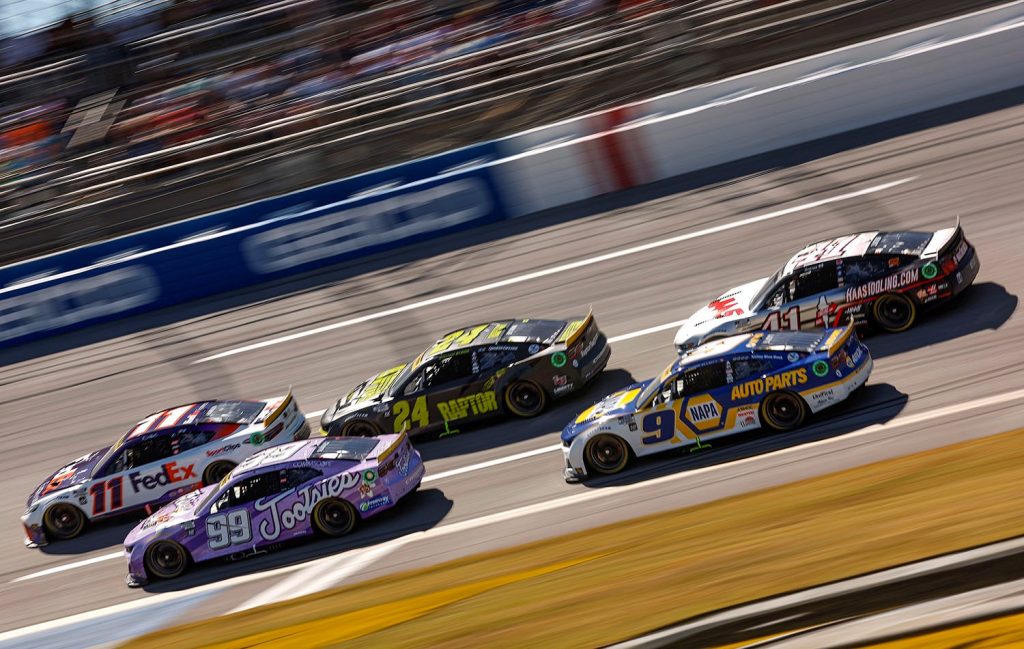 “Moments like that, you have to really cherish and you guys are what makes this special to me,” Elliott said after the race, “So, thank you sincerely, I really appreciate it… “It was a wild last couple laps. I wasn’t super crazy about being on the bottom and fortunately I got just clear enough off of [Turn] 2 to slide up in front of Erik [Jones] and he gave me some great shoves, obviously a Team Chevy partner there. Just had a good enough run to get out front and then was able to stay far enough in front of Ryan [Blaney] at the line to get it done.”

Elliott’s win automatically bumps him and the No. 9 Chevy into the next round of the Playoffs with one race remaining in the Round of 12. 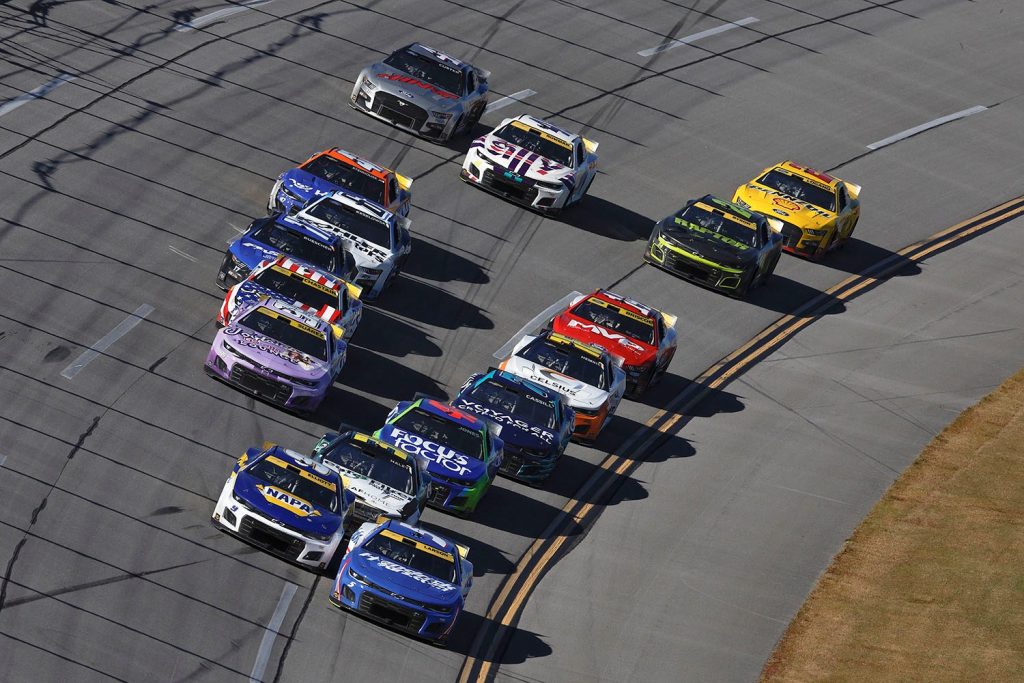 The Talladega race was rather tame for a superspeedway event – there was only one multicar wreck early in the event that involved the No. 48 Camaro of Noah Gragson, who subbed for the injured Alex Bowman. The Cup Series drivers stayed clear of major trouble after that, save for a few single-car incidents, including one for a stalled car on Pit Road that set the stage for a two-lap shootout to the checkered flag. Ross Chastain, driver of the No. 1 Nascar Camaro, commanded the race for a race-best 36 laps but finished fourth, while Jones’ No. 43 Camaro led 23 laps and finished sixth.