Kyle Larson’s scuffle with Bubba Wallace at Las Vegas last weekend didn’t put a damper on the No. 5 Nascar Chevy Camaro‘s performance. In fact, Larson led 199 laps on his way to the checkered flag at Homestead-Miami Speedway on October 23rd, 2022, despite contact on Pit Road with the only race car that was fast enough to challenge him. 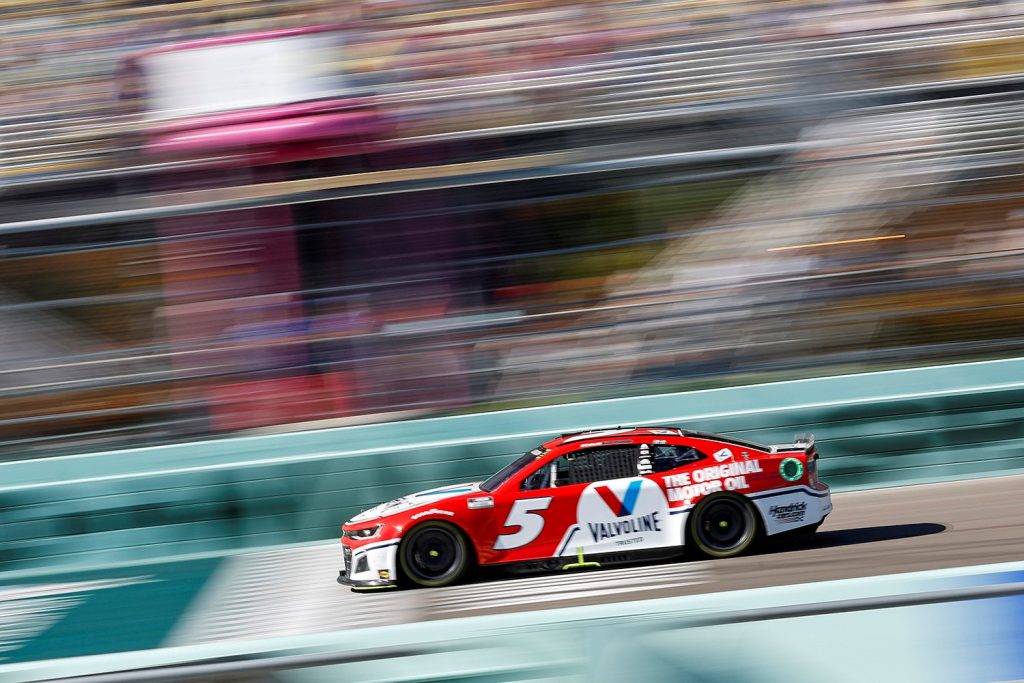 Larson assumed the lead in the No. 5 Nascar Chevy when the green flag fell again and never looked back, though the No. 16 Camaro of AJ Allmendinger and the No. 1 Camaro of Ross Chastain put up a valiant effort to track him down. 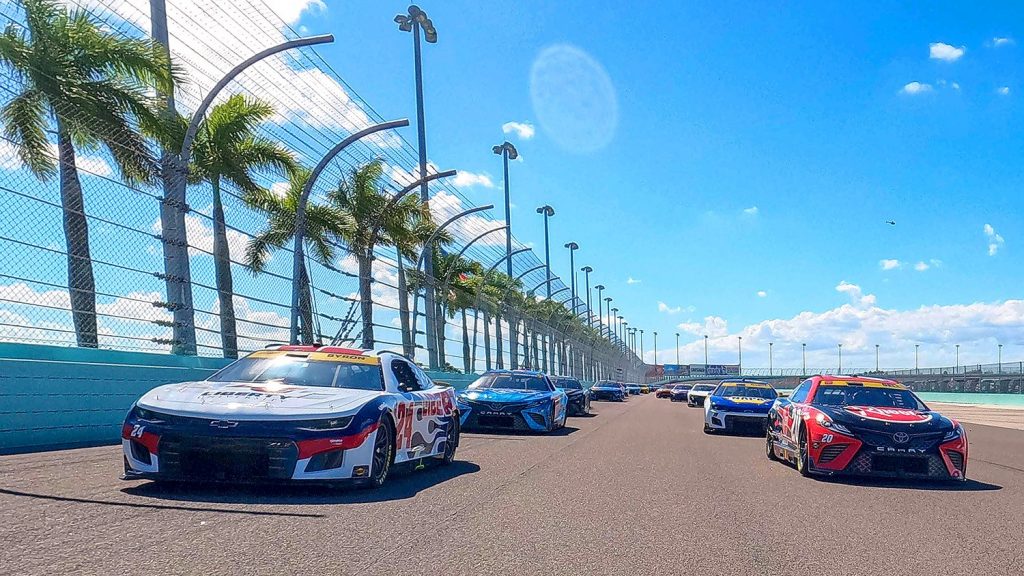 “I was just going behind [Truex] and he had a hard left and was hard on the brakes at the same time and I got into the back of him,” Larson explained of his contact with the No. 19 Camry on Pit Road. “If it was my fault I’m sorry, but I don’t think it was. It’s hard to see on this pit road. Hate that happened. He was definitely the one I was going to have to beat.”

Truex and Larson both explained that the glare of the sun made it difficult to see on Pit Road, resulting in the contact. “I did see my box late for sure,” Truex said in a post-race interview, “so I slowed down before I turned out of the way of the 5 [Larson] there. Partly on me, I didn’t expect to get turned around and glad nobody got hurt there.” Truex ultimately rallied back to finish sixth.

Nascar Chevy teams accounted for the top four finishers, with Larson’s No. 5 Camaro winning, Chastain’s No. 1 Camaro taking second, Allmendinger’s No. 16 Camaro in third, and Austin Dillon’s No. 3 Camaro fourth, followed by Brad Keselowski’s No. 6 Ford Mustang in fifth.