Ross Chastain bashed his way into the Championship 4 at Martinsville Speedway by intentionally laying his No. 1 Nascar Chevy Camaro ZL1 against the wall on the last lap – and riding it at breakneck speed right to the finish line.

Chastain’s No. 1 Camaro and the No. 11 Toyota TRD Camry were locked in a dead heat for the final transfer spot to the Playoffs championship as the white flag flew. Chastain’s No. 1 Camaro ran in 10th, but with his sights set on the rear bumper of the No. 11 Camry, he opened the throttle and used the wall in Turns 3 and 4 as a bumper to maintain his speed as he rocketed past five competitors in one fell swoop. He passed Hamlin’s No. 11 Camry just before the line, effectively knocking Hamlin out of the Championship 4 in epic fashion.

“I made the choice, grabbed fifth gear down the back,” Chastain said of his wild fourth-place finish. “Fully committed. Basically let go of the wheel, hoping I didn’t catch the Turn 4 access gate or something crazy. But I was willing to do it.” He also mentioned that the move was inspired by a Nascar racing video game from his childhood.

Chase Elliott, driver of the No. 9 Nascar Chevy, also secured a spot in the Championship 4 with a quiet 10th-place finish, and will make an attempt at Phoenix Raceway next weekend to gain his second Cup Series trophy after his victory in 2020. Meanwhile, William Byron, driver of the No. 24 Camaro, was eliminated, unable to bounce back from a 25th-place starting position. Christopher Bell claimed victory at Martinsville, therefore advancing his No. 20 Camry into the final round. 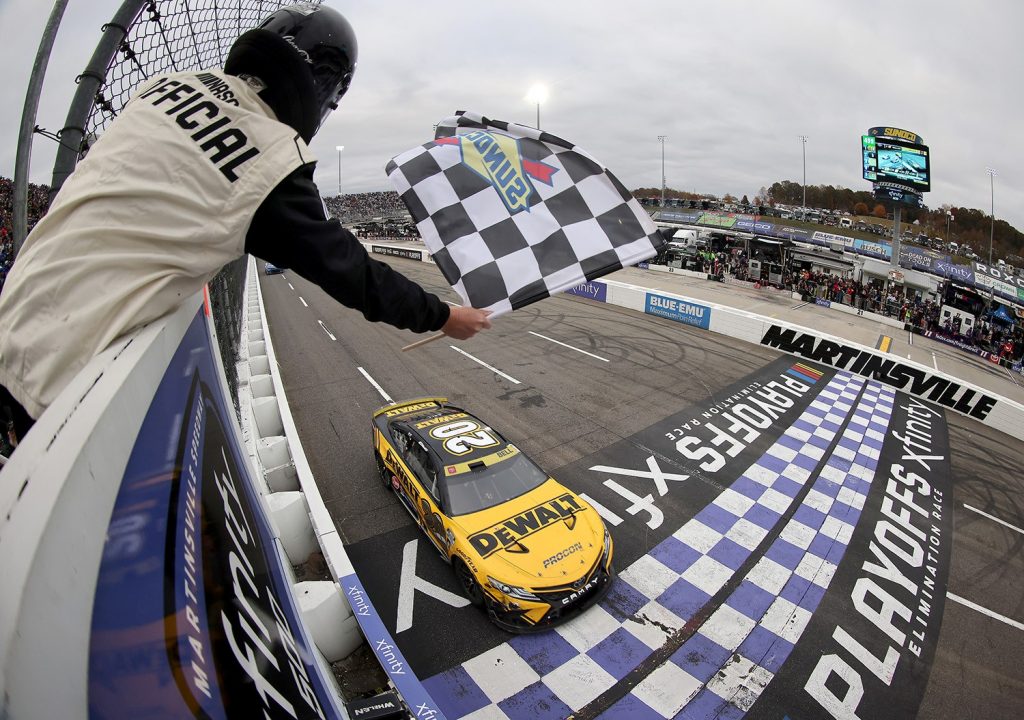 The four drivers now eligible for the championship in the final race of the 2022 Cup Series season are as follows: