Fans of the 2020 Chevy Corvette C8 Stingray can now indulge in their passion with this new limited-run Matchbox model sporting the iconic Gulf livery.

Back in 1963, Gulf Oil sponsored a 1963 Corvette Sting Ray Z06 for competition in American road racing, leading to the creation of Gulf One, considered the most successful factory-backed production racing Corvette of the era. Although the Gulf One was running on racetracks prior to the creation of the iconic blue-and-orange Gulf livery in 1967, the Mattel design team couldn’t resist applying the colors to the new mid-engine 2020 Chevy Corvette C8. 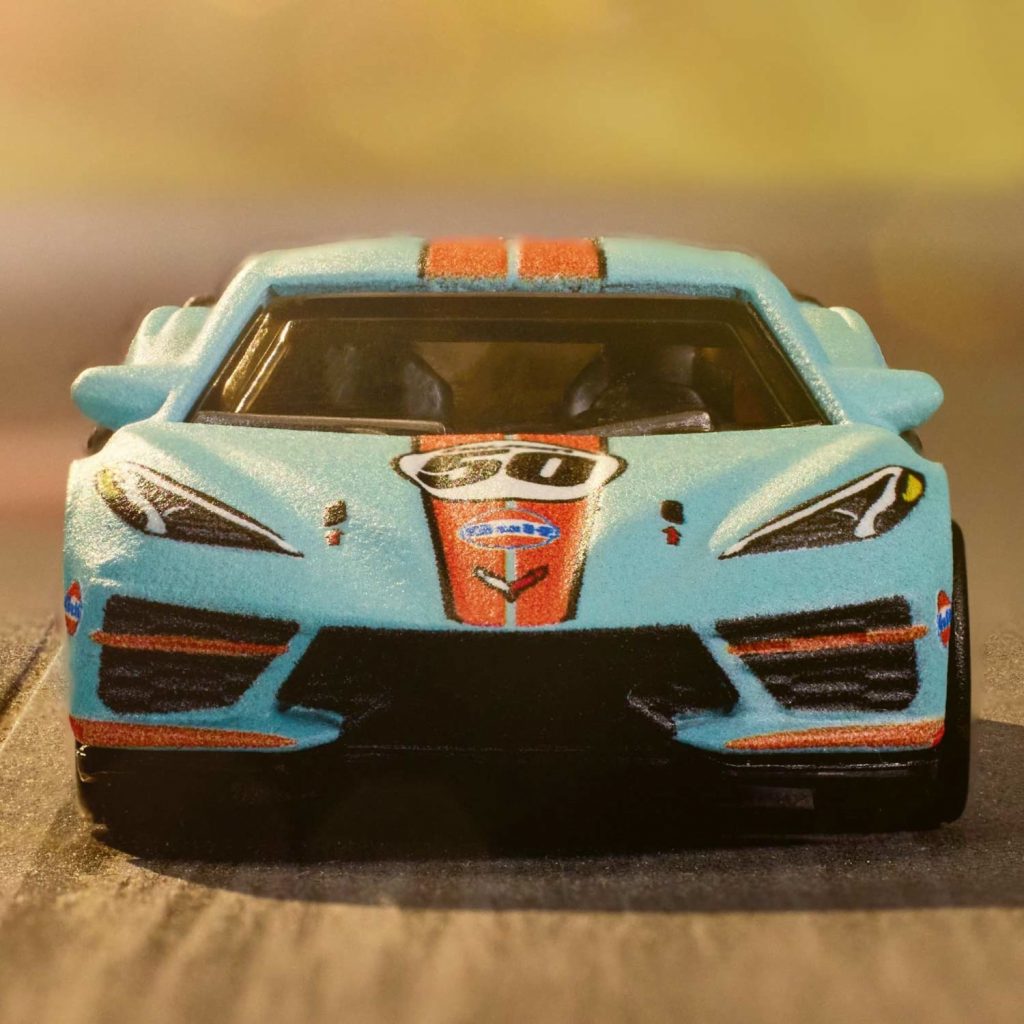 With powder blue body panels and deep Marigold orange detailing, this 2020 Corvette model exudes performance and motorsport vibes from every angle. The characteristic C8 shape is perfectly captured, while the colors and sponsorship imagery work well with the aggressive styling.

Up front, we see a pair of orange racing stripes running down the spine of the vehicle, terminating at the black-painted rear spoiler. Black trim bits are also seen for the front chin spoiler, side intake boomerangs, and rear diffuser element. 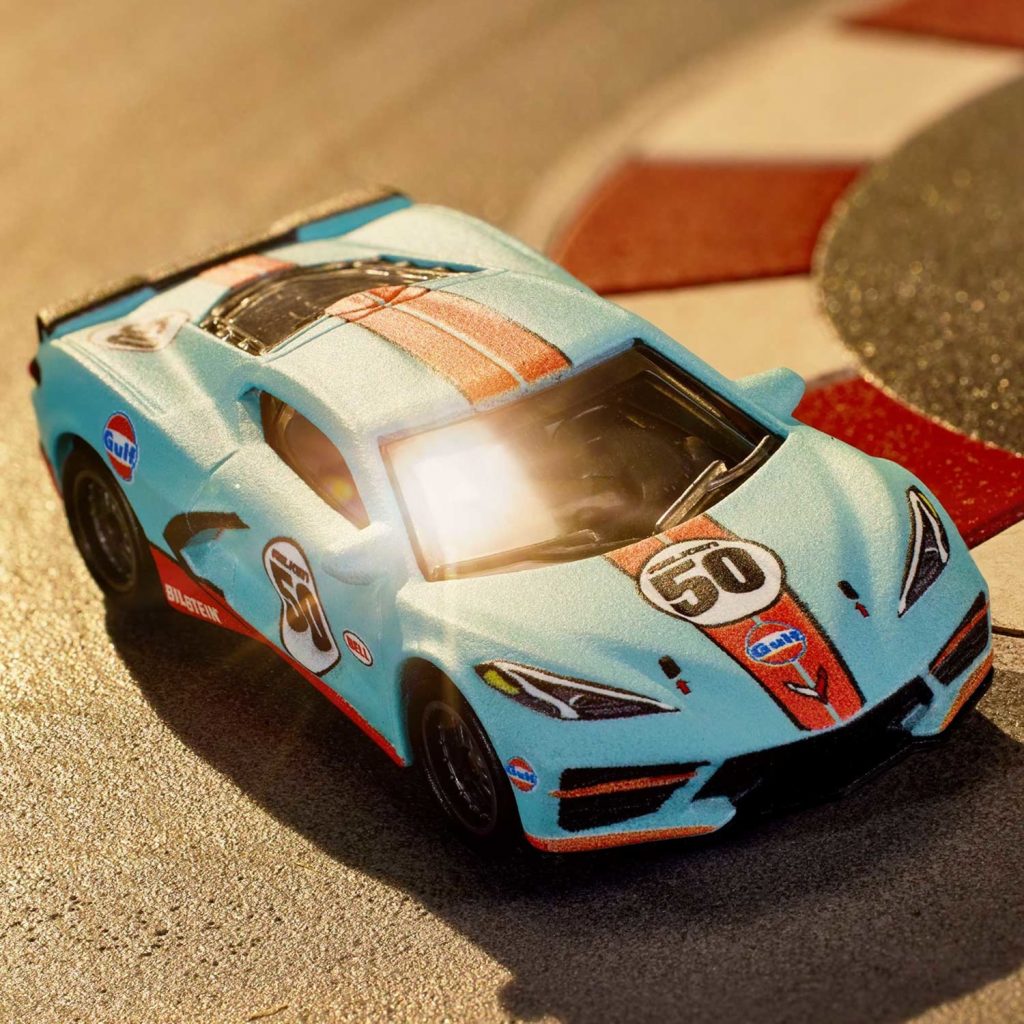 Set in a classic 1:64 scale, this Gulf-liveried Chevy Corvette C8 rides on a set of True Grip Euro wheels with grey-painted hubs, and includes a ZAMAC body set on a black ABS base. The windows are light-smoked tinted, while the interior is finished in pearly grey.

The model is mounted in an acrylic case with stylized deco that gives a nod to the Gulf heritage. Interested fans will be able to place their order on October 20th, and the model is expected to only be available for a limited time. Pricing, per the Mattel website, is set at $25. The model will ship on or before January 6th, 2023. 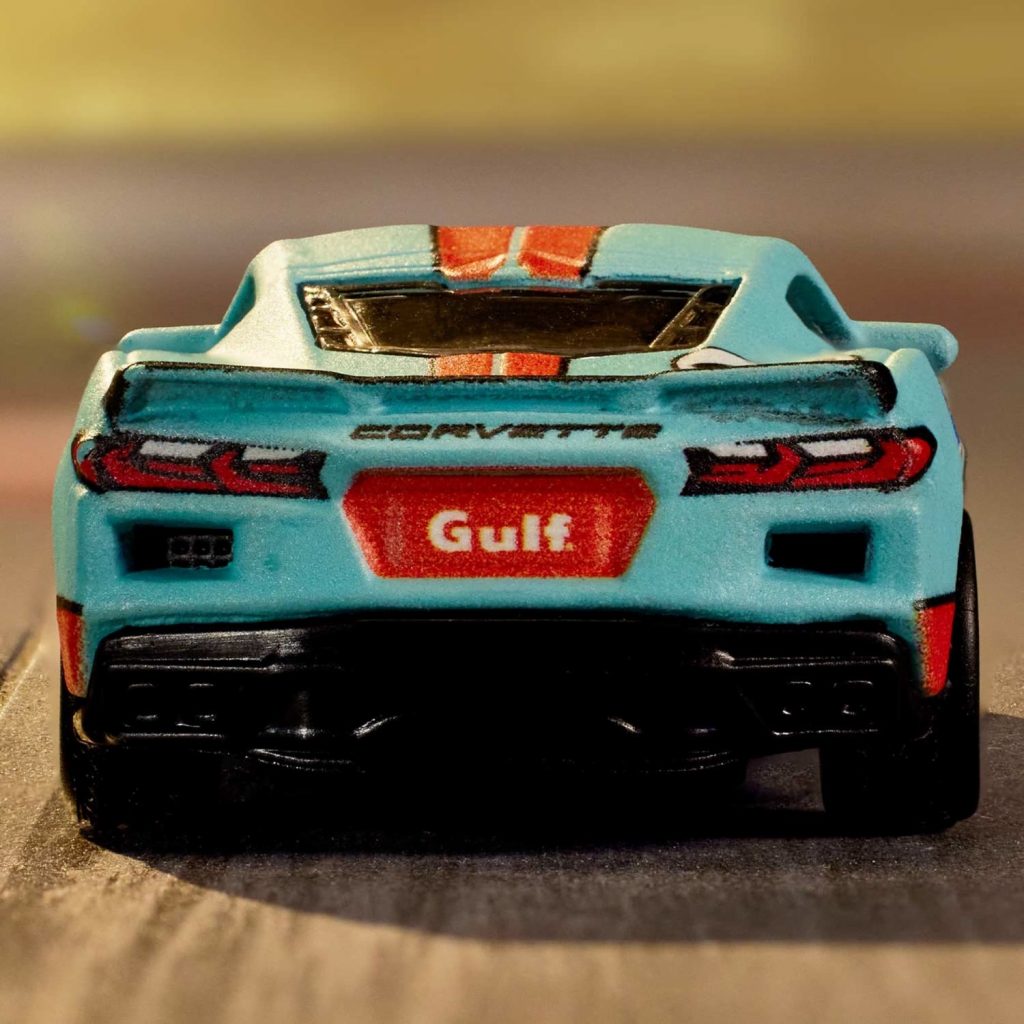