Sometimes folks take the “LS-swap all the things meme” literally, as is the case with the LS engine-powered Murray lawnmower featured in the following brief video. 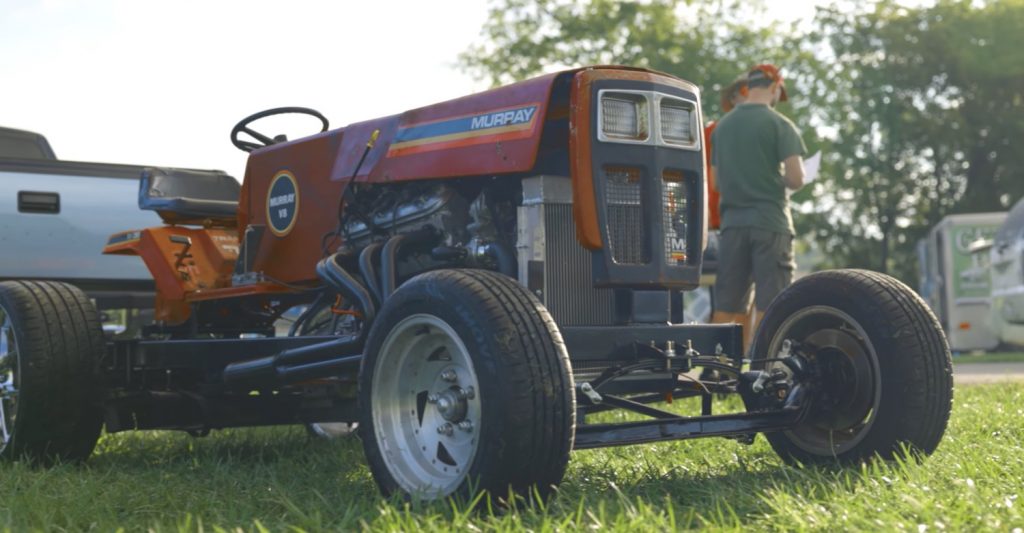 Clocking in at a little 2-and-a-half minutes, the video comes to us from the folks at Holley, who spotted this LS engine-powered lawnmower at the recent LS Fest East event held at Beech Bend Raceway in Bowling Green, Kentucky. The homebrew machine in question belongs to Tyler Fenwick, who says this particular Murray mower has been in his family since he was a kid.

“We mowed all the lawns with it,” Fenwick says. “One day the rear end blew out of the mower and it sat in the woods for a couple of years.”

Fast forward, and one day Fenwick found a 5.3L LS engine sitting in a junkyard. After taking the motor home, Fenwick and his father were trying to figure out what to do with it. You can probably guess what happened next. 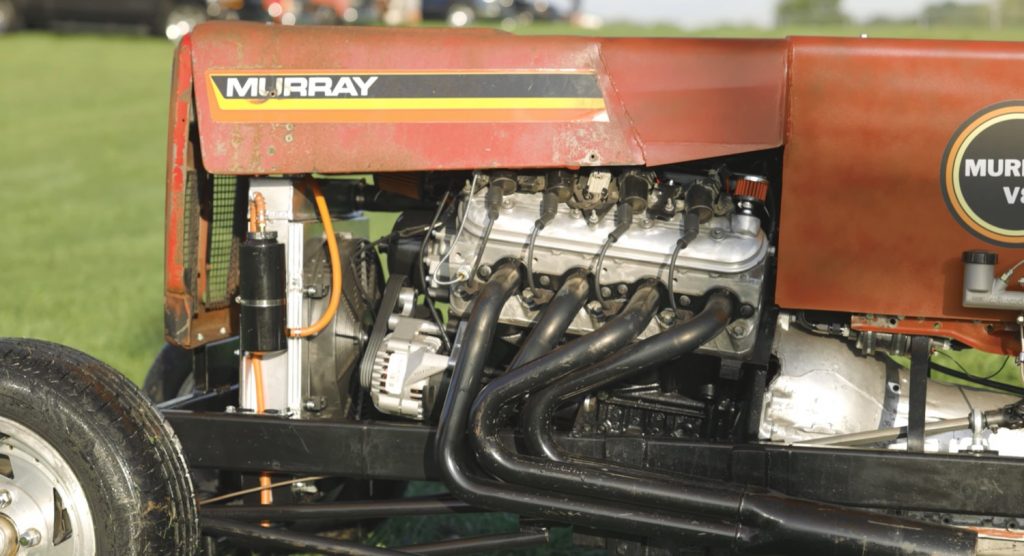 The actual build took Fenwick and his father about a year to complete, and now, the lawnmower drives like an LS engine-powered car, but with an old Murray body plopped on top. The original deck riser is now used as the shifter.

“It’s got a radiator, alternator, it’s got steering, suspension, everything,” Fenwick says. The steering, however, is “a little bit sketchy.”

“It’s a beast,” he adds. “It’ll do burnouts, you can burn out in the grass, and it’s just terrifying.” 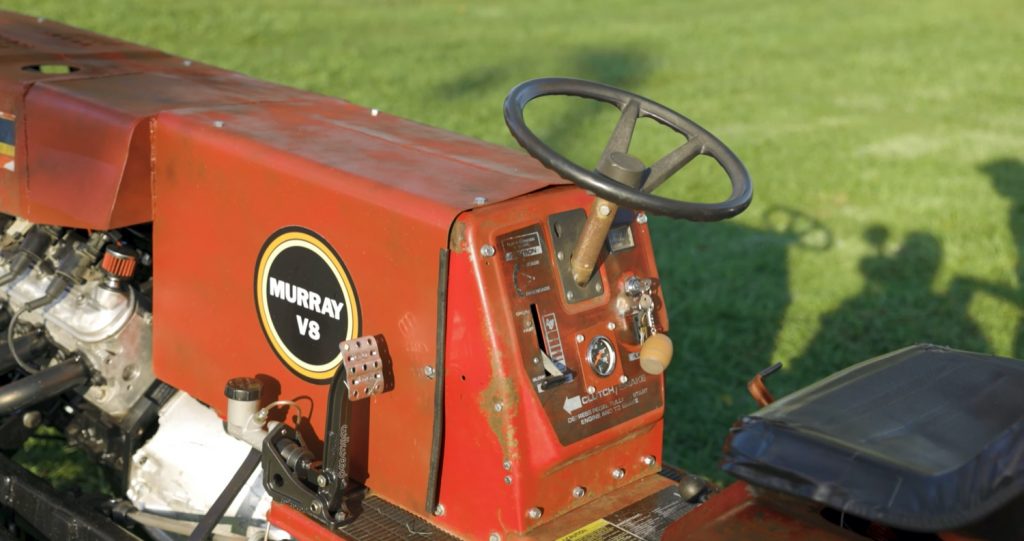 Unfortunately, Fenwick had to disable the mowing part of the mower, but the components are still in place, including the mower deck and blades. Looking ahead, the plan is to get the mowing parts of the machine back in action, at least eventually.

For now, though, Fenwick is satisfied taking his LS engine-swapped Murray lawnmower to shows and letting other LS heads ogle his creation. Check out the full feature video right here: