Cadillac just unveiled the production-spec 2024 Cadillac Celestiq yesterday, pulling the sheets on the luxury brand’s all-new, all-electric flagship. Among the many impressive facts and figures is the Cadillac Celestiq’s extreme customizability, and now, singer-songwriter Lenny Kravitz is jumping into the customization process in the following short video. 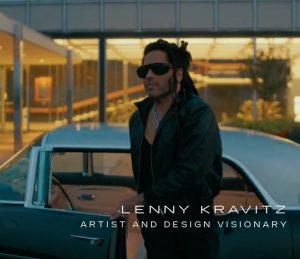 Clocking in at about 2 minutes, 45 seconds, the video was recently posted to Cadillac’s social media feed, and shows Kravitz arriving at GM’s Global Technical Center in Warren, Michigan, the location where each production-spec 2024 Cadillac Celestiq will be built by hand.

Upon arrival, Kravitz is met by GM VP of Global Design, Michael Simcoe, who talks about Cadillac reclaiming its title as the standard of the world.

“We really honestly wanted to bring back something that represented that level of detail, the passion, engagement with customers,” Simcoe says. “The move to take Cadillac all-electric gives us a point in time where we can rethink the brand.” 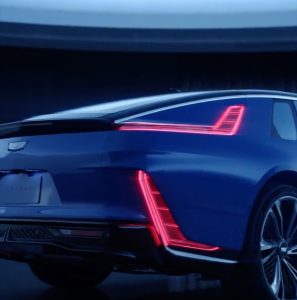 As Simcoe breaks it down, the Cadillac Celestiq provides customers with an opportunity to get as deep as they want into vehicle customization, essentially creating a “one-of-one” vehicle at the end of it.

In terms of the vehicle’s overall styling direction, the 2024 Cadillac Celestiq takes inspiration from standout Cadillacs of the past, such as the 1957 Eldorado Brougham or pre-war V16 models, with an avant-garde, futuristic approach applied for the final design. Of course, the Celestiq also incorporates the latest technology as well, including a pillar-to-pillar 55-inch diagonal advanced HD display in front (one of several digital screens throughout the cabin), Suspended Particle Device technology for the roof, GM Ultra Cruise driver assist tech, and the latest GM Ultium battery and GM Ultium drive motor technology for motivation.

“I always dreamed of designing my own car,” Kravitz says. “I never knew it could be this personal.”

“I always dreamed of designing my own car. I never knew it could be this personal.” – @LennyKravitz. #CELESTIQ #BeIconic

Pricing for the 2024 Cadillac Celestiq starts north of $300,000. Production will be in extremely low numbers, and is expected to kick off in December of 2023.