In addition to selecting this ’69 Chevy Camaro SS model as the he final Red Line Club sELECTIONs edition of the 2022 calendar year, fans also selected the exterior treatment, voting in favor of an eye-catching Spectraflame bright orange paint job.

The Chevy Camaro SS model is in a classic 1:64 scale, and features a number of interesting features, such as Real Riders five-spoke wheels with Goodyear white lettering in the tire sidewalls, arranged in a staggered stance. The model is set on a full-metal base with a matte black-painted ZAMAC chassis, and includes an opening hood. Take a peek under there, and you’ll find what appears to the supercharged 6.2L V8 LT4 gasoline powerplant, painted and looking pretty in the matte black engine bay. 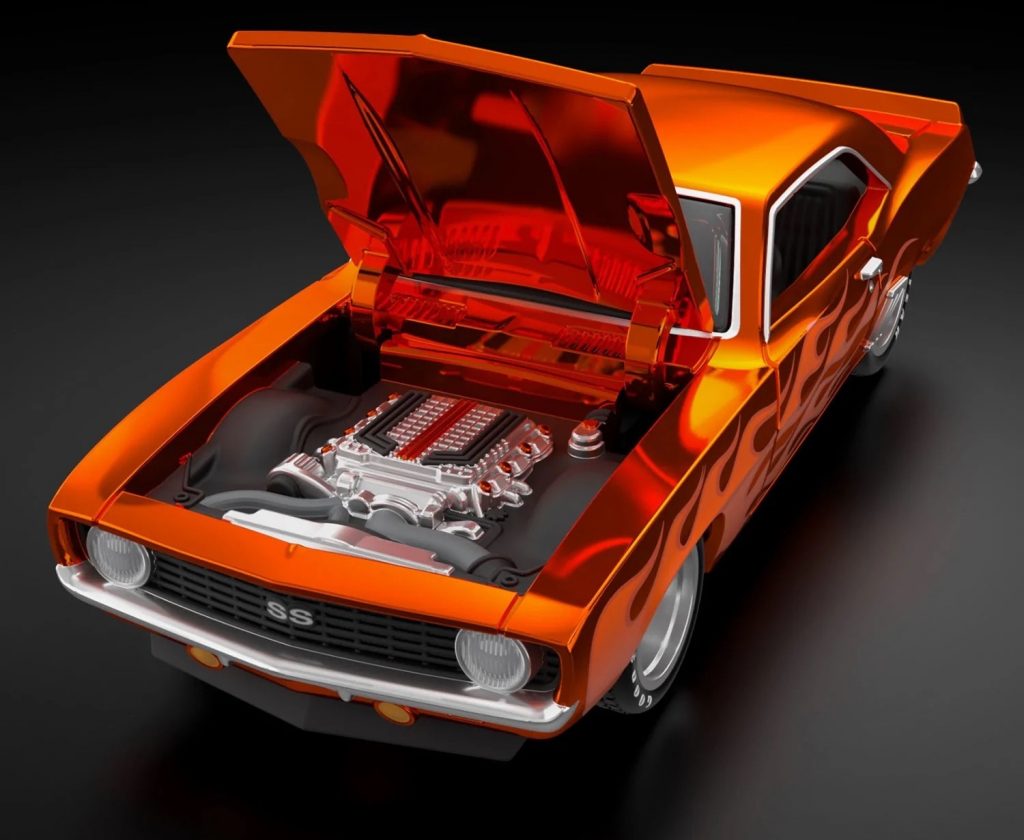 Further details include light smoke-tinted windows, and ghost flames added along the flanks.

Each example of this ’69 Chevy Camaro SS model is made to order, and is available to preorder from now until October 31st. This special-run model is available exclusively to Red Line Club members. The model is expected to ship on or before June 1st of the 2023 calendar year. 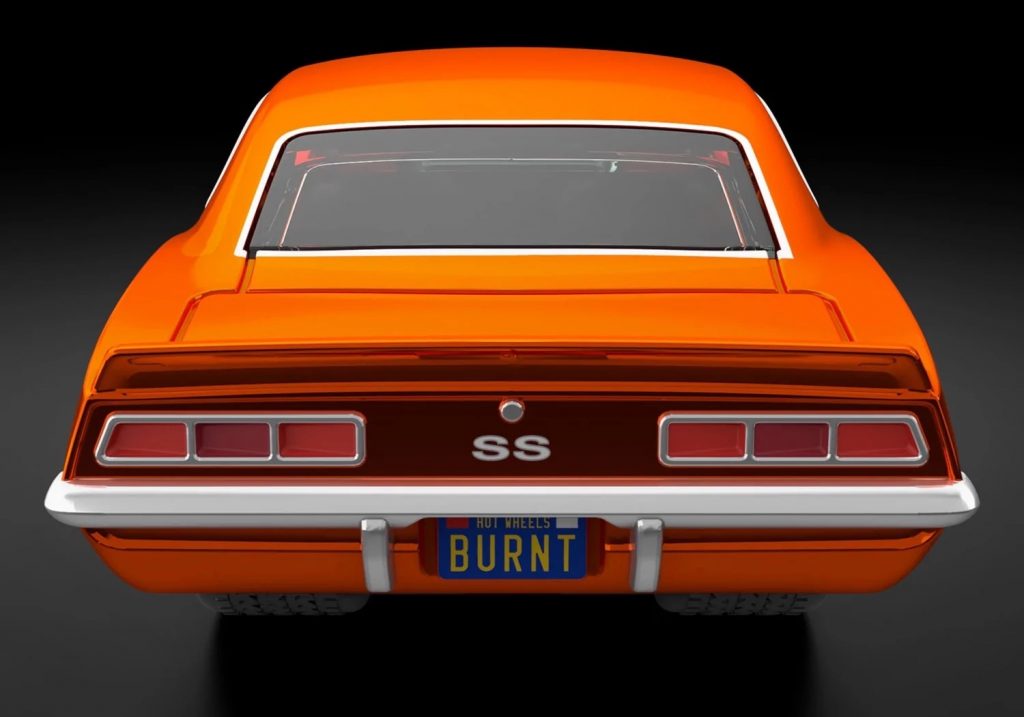 Pricing per unit is set at $25, according to the Mattel Creations website, while a 1-year Red Line Club Digital Membership is also offered for $9.99. Fans can order as many units of the collectible as they wish. No word yet on what the blister card will look like.