Hummer has been a controversial topic ever since the original H1 was released. With the 2022 GMC Hummer EV Pickup, GM aims to appeal to both the hardcore off-roading crowd as well as those who may not want to deal with gas stations. Regardless, the all-new electric Hummer truck has been widely anticipated, and one was recently spotted on Australian soil, starting a flurry of rumors that it would be offered in that market. However, this has been confirmed to not be the case, at least as of this writing. 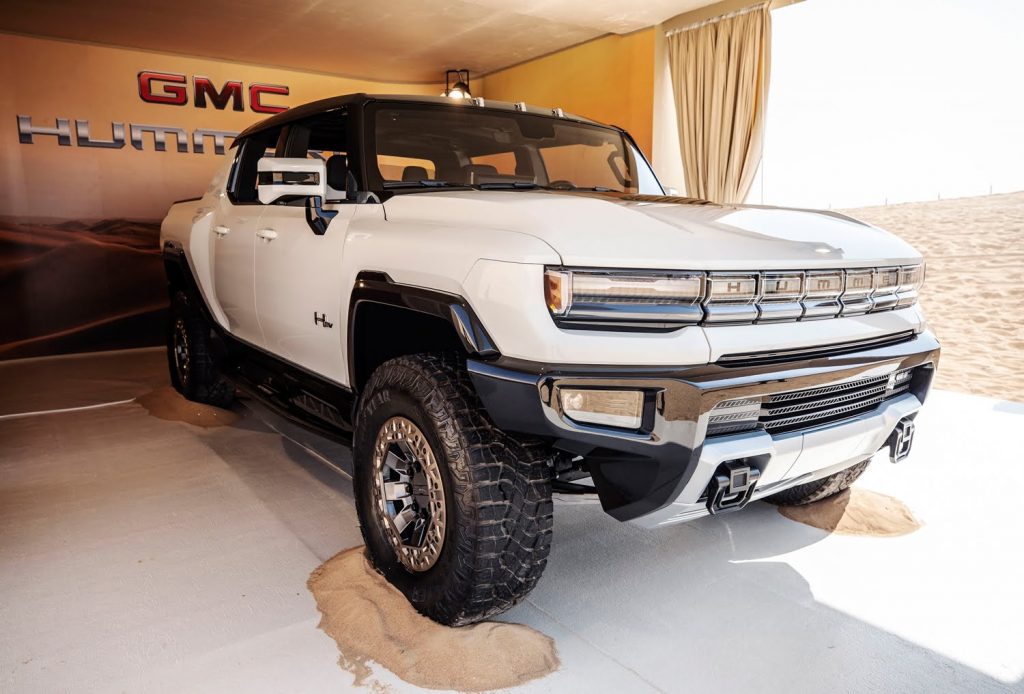 A Hummer EV was spotted in transit at Sydney, Australia late last week, spurring some to believe that this was an indication that GM was planning to offer the model in the Australian market. However, GM explained that this is not the case. Instead, the Hummer EV Pickup will be used as the halo vehicle in the 1980s remake of the cult TV show The Fall Guy. The feature-length remake, starring Ryan Gosling, is set to be released on March 1st. GM also confirmed that the Hummer, as well as a number of GMC Sierra pick-ups, will be returned to the U.S. after production of the film concludes.

“There are some GMC Hummer EVs and GMC Sierras currently in Australia that are part of filming for an upcoming movie,” a GM spokesperson was quoted as saying. “[The vehicles] will be in Australia for the next few months as part of the filming process. We have not confirmed EVs or the GMC brand for Australia or New Zealand and don’t have any announcements to share at this time.”

As a reminder, 2022 GMC Hummer EV production began late last year at the GM Factory Zero plant (née GM Detroit-Hamtramck plant) in Michigan. Output is sourced from GM Ultium batteries and GM Ultium drive motors, with the Hummer EV Pickup Edition 1 model producing 1,000 horsepower. Under the skin, the GMC Hummer EV rides on the GM BT1 platform. GM has so far received roughly 80,000 pre-orders for the Hummer EV across both the Pickup and SUV models.