GM has named Arden Hoffman as senior vice president and chief people officer. Hoffman will assume her new role on January 1st, 2023, replacing Kim Brycz, who is retiring from a career at GM that spans nearly four decades. Hoffman will report to GM Chair and CEO Mary Barra.

Brycz joined GM in 1983, and has led the automaker’s HR team since 2018. Prior to leading the GM HR team, Brycz was part of the GM global purchasing organization, with roles that included executive director of Global Purchasing, a position she held between 2013 and 2018. 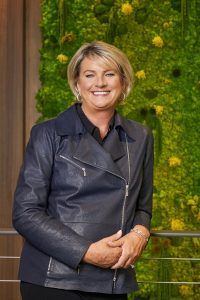 “When Kim shared her plans to retire several months ago, I reflected on the significant contributions she has made to GM over the years,” said Barra. “She has built a world-class HR organization that has been instrumental to our ongoing transformation.”

Now, Hoffman joins GM with extensive experience in the tech industry, previously serving as the chief people officer at Cruise. For those readers who may be unaware, Cruise is GM’s autonomous driving technology division, which is developing self-driving vehicles like the Cruise Origin. 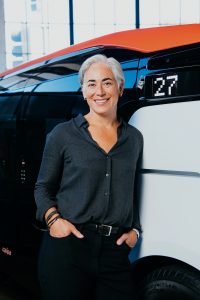 Prior to working at Cruise, Hoffman served as vice president of People at Dropbox, where she worked to scale the company and culture across a number of global offices as it transitioned from a private startup to a publicly traded company. Hoffman also brings experience serving people leader roles at Goldman Sachs and Google. She holds a Bachelor of Arts with honors in rhetoric from University of California, Berkeley, and an MBA from the Wharton School of the University of Pennsylvania.

In further GM business news, GM has announced that Jonathan McNeill has joined the GM Board of Directors. McNeill is a co-founder and CEO at DVx Ventures, and previously served as chief operating officer at Lyft, Inc. and as president, Global Sales, Delivery and Service at Tesla, Inc.