The debut of the 2024 Chevy Trax ushers in an all-new generation for the crossover, complete with new styling cues. Now, the GM Design team is showing off a few early design sketches that provided the groundwork for the latest crossover’s new face. 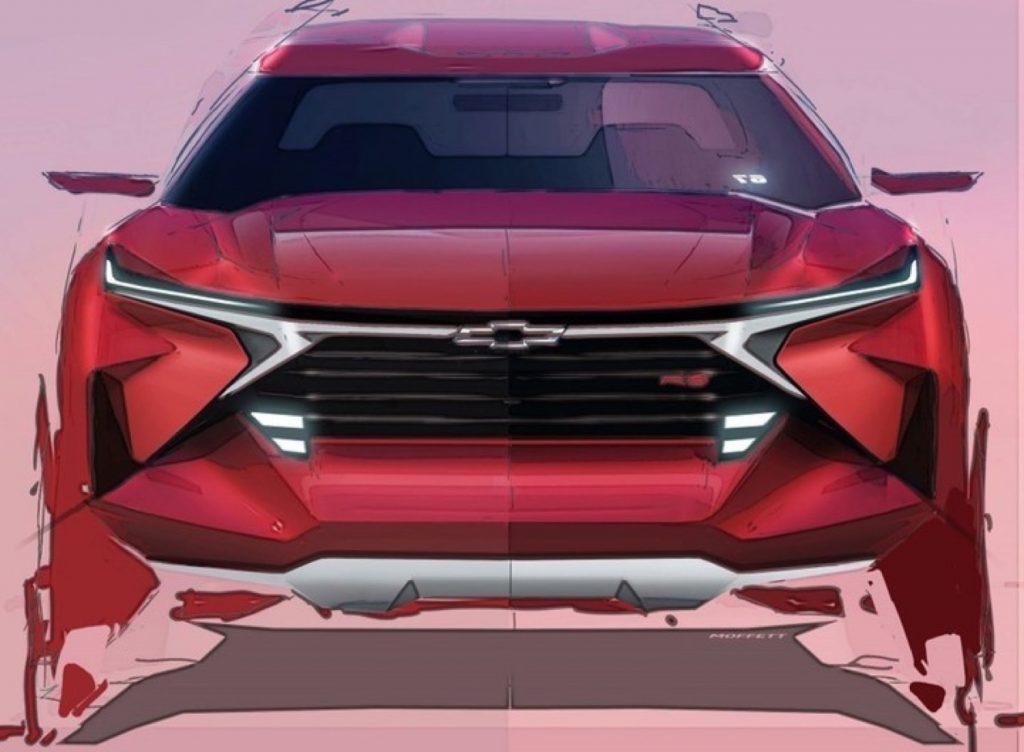 Recently posted to the GM Design social media feed (@generalmotorsdesign), the sketches show the all-new 2024 Chevy Trax with a heavily stylized look that follows the Bow Tie brand’s latest ICE-based design language. The look was previously used in conjunction with the Chevy Blazer crossover, and has since been adopted elsewhere in the Chevy lineup, including the Chevy Trailblazer crossover, as well as other models.

The design is characterized by a highly aggressive front fascia, with deeply angular lines and geometric shapes that seem to emphasize the crossover’s width. The lighting includes thin upper signature lines that draw the eye towards a large central front air intake, which is broken up by a horizontal dividing bar which houses the Chevy Bow Tie badge. Further lighting elements in the lower corners of the bumper add vertical styling elements to the mix, framing the grille while connecting the upper elements to the lower fascia. 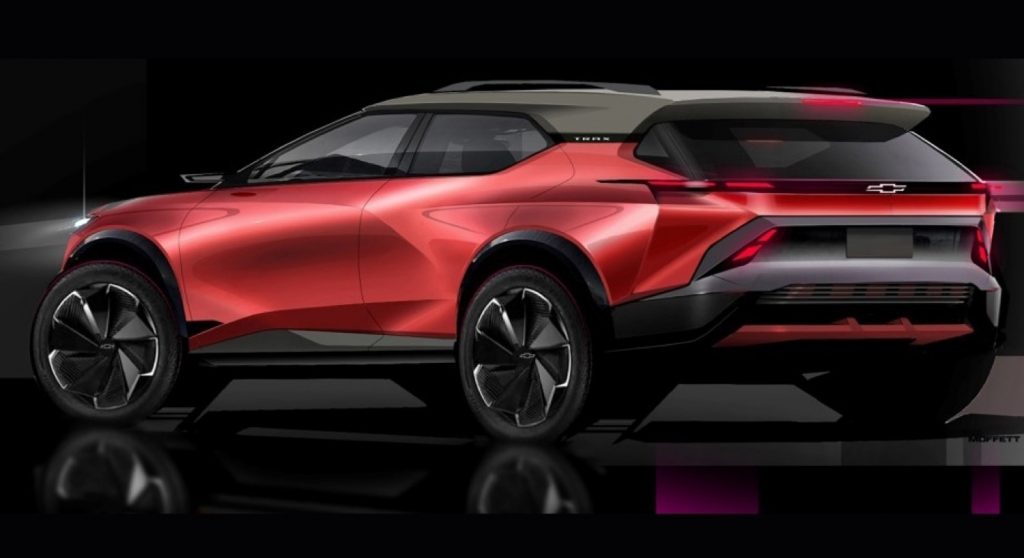 The 2024 Chevy Trax is lower, longer, and wider than the previous generation crossover, and these measurements are underlined by the profile and rear styling as well. The window line appears to be chopped, with the shoulder line leading rearwards towards a dramatic rise into the rearmost pillar, enhancing the crossover’s rear haunches and lending it a sporty, aggressive demeanor. The rear hatch forms another notched angle as it leads into the lower rear bumper, with a wedge-like upper spoiler element once again adding to the performance flavoring.

Starting at $21,495, a total of five trim levels are on offer, including LS, 1RS, LT, 2RS, and Activ. Each trim level offers its own unique styling enhancements. Wheel sizing ranges between 17 and 19 inches in diameter.

Sales will get underway in the spring of the 2023 calendar year.